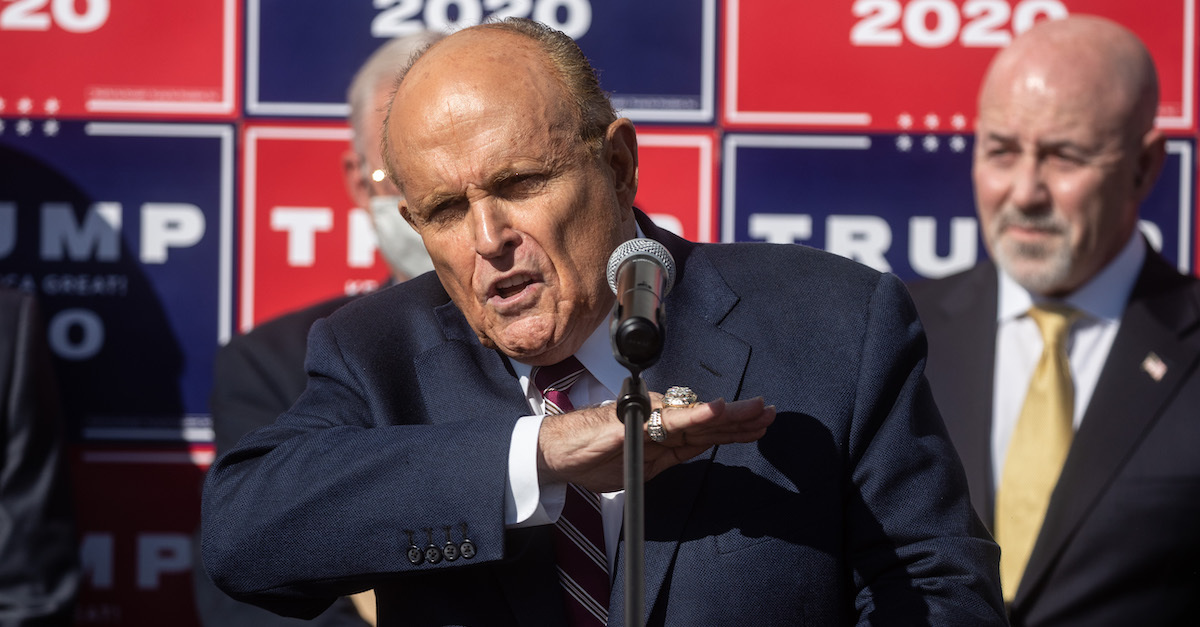 Giuliani would join Marc Scaringi, an attorney and radio host in Harrisburg, Pennsylvania, in representing the president’s campaign as they continue efforts to get tens of thousands of ballots thrown out in the state.