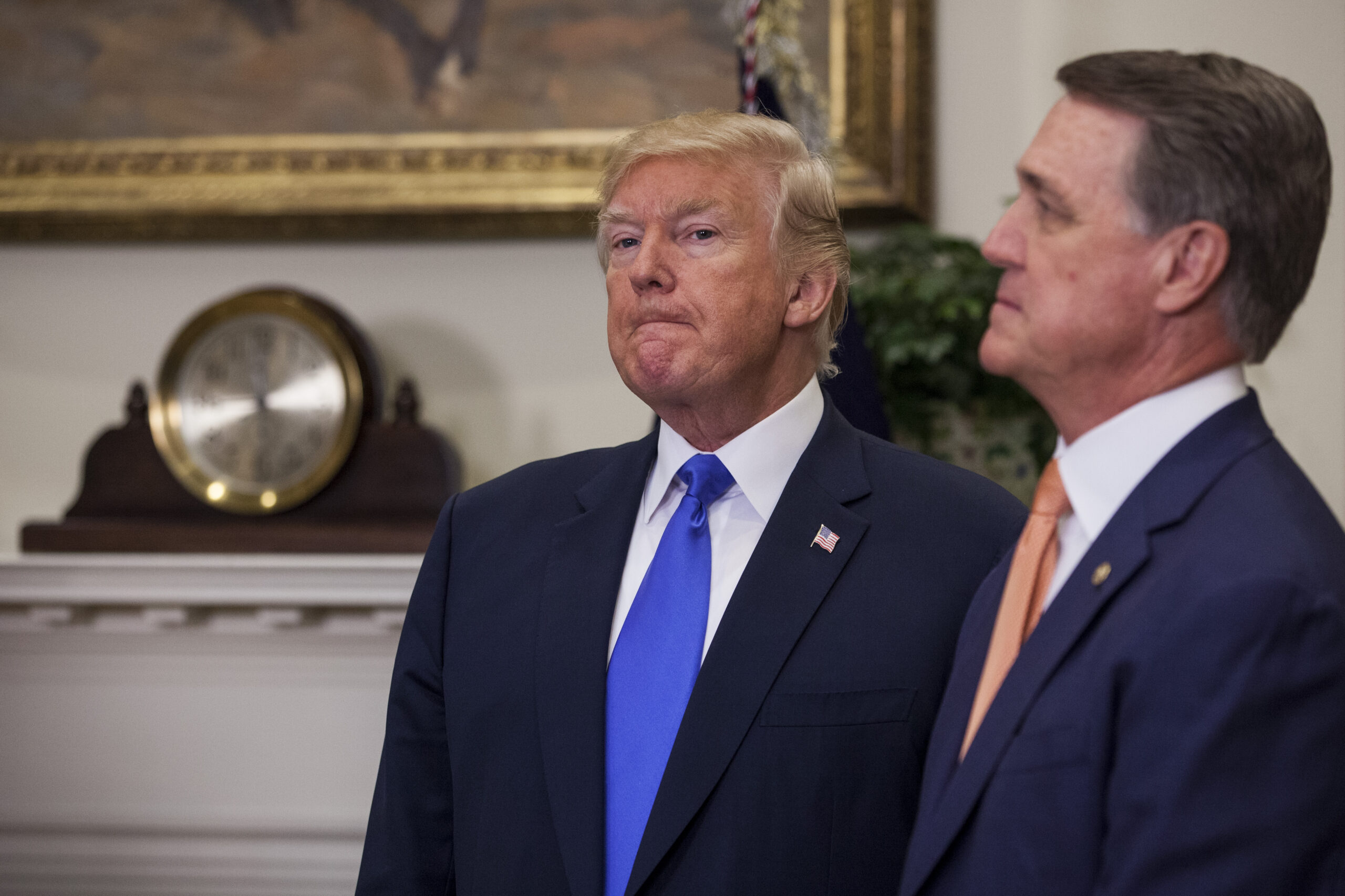 When President Donald Trump takes the podium for a rally in Valdosta, GA on Saturday, he’ll be speaking on behalf of a Republican Senator who has just acknowledged his defeat in the 2020 presidential election.

According to the Washington Post, Sen. David Perdue (R-GA) — speaking on a Zoom call Wednesday with members of the Republican Jewish Coalition — made comments recognizing that Joe Biden is indeed the President-elect.

“We know what this change of command at the top will mean with our foreign relations,” Perdue said. He added, “If we can keep the majority in the Senate, we can at least be a buffer on some of the things that the Biden camp has been talking about in terms of their foreign policy.”

Republicans have been loathe to publicly acknowledge Trump’s defeat as he continues his doomed legal battle to overturn the election by making baseless and false arguments of voter fraud. The president has slammed members of his party who are not backing his fight — including, notably Georgia Gov. Brian Kemp (R).

John Burke, a spokesman for Perdue, told the Post the video was a “non-story.”

“Senator Perdue totally supports President Trump and his fight for transparency and accuracy in this election,” Burke told the Post. “Perdue for weeks has been repeatedly sounding the alarm about what the consequences of total Democratic control of Congress would be if [Senate Majority Leader Chuck] Schumer [D-NY] wins these two seats in Georgia.”

Sen. Kelly Loeffler (R-GA), also on the Zoom call and also facing a runoff election in January, did not go nearly as far as Perdue. The Post reports that she did, at one point, say her No. 1 priority, if re-elected, is to protect “the work that has happened over the last four years.”

A new poll shows Perdue trailing his opponent Jon Ossoff by 2 points, within the survey’s 5.2 percent margin of error. The same poll shows Loeffler trailing Rev. Raphael Warnock by 7 points. The close margins show the importance of turning out every Trump supporter for both Loeffler and Purdue. The incumbents can ill-afford Trump backers staying home for the Jan. 5 runoffs.

If both Perdue and Loeffler lose their races, the Senate would be split at 50-50, but Democrats would have control by virtue of Vice President-elect Kamala Harris having the tiebreaking vote.