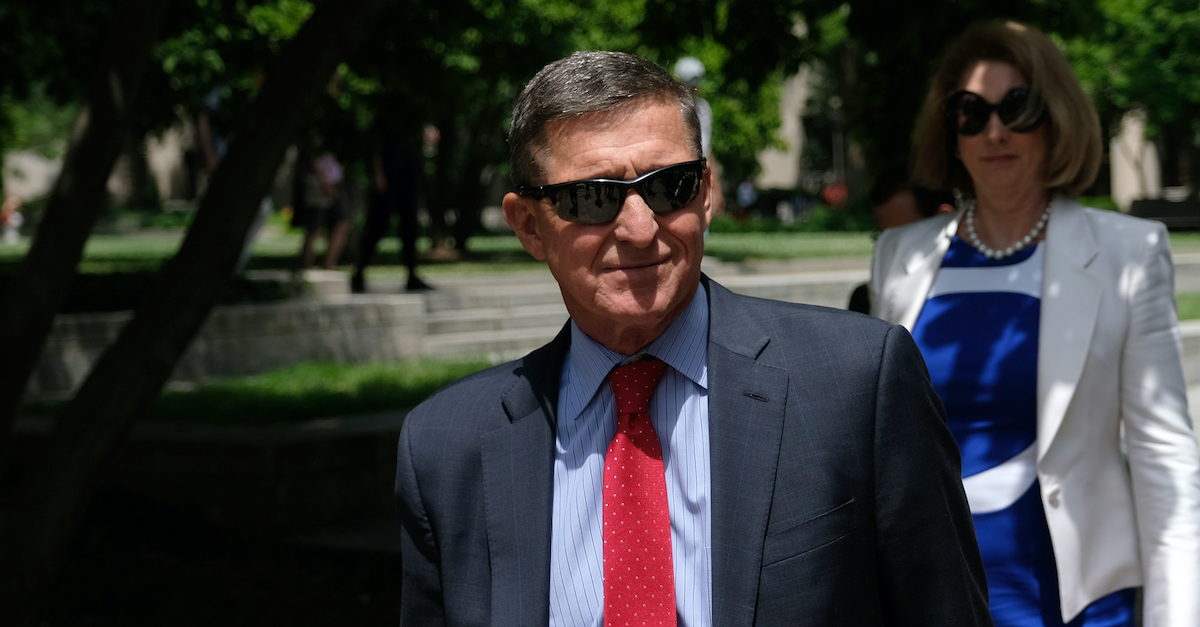 In a letter addressed to Attorney General William Barr, the senators noted the department had declassified an 11-page document related to Flynn’s case that suggested the FBI had interviewed Miles Taylor, the former Department of Homeland Security staffer who confessed last month that he was the author known as “Anonymous” who penned an op-ed critical of President Donald Trump during his time at the department and inked a subsequent book deal.

The letter, dated November 20, was first made public on Monday by CBS’ Catherine Herridge.

“The FBI document appears to list meetings that Taylor with Michael Flynn’s lobbying organization, the Flynn Intel Group, in October 2016,” Grassley and Johnson wrote in the message to Barr. They said the document showed the FBI writing, “Based on Miles Taylor interview + open source reporting, considering an interview of former CIA Director James Woolsey [REDACTED].’”

Woolsey, who helmed the CIA for two years under President Bill Clinton, worked for Flynn’s firm prior to the 2016 election.

The revelation that Taylor — who has become an outspoken anti-Trump activist since departing from the administration — had involvement in the case is likely to fuel criticism from conservatives, who have argued Flynn’s prosecution was inappropriate.

“This heavily redacted document suggests that the FBI spoke directly to Taylor and it also provides additional information relating to Crossfire Hurricane,” Grassley and Johnson added. “Accordingly, we request that the entire document be further declassified. … In addition, we request all records relating to the FBI’s interview of Miles Taylor, including all 302s [interviews] and notes, to better understand his role in the Flynn investigation.”