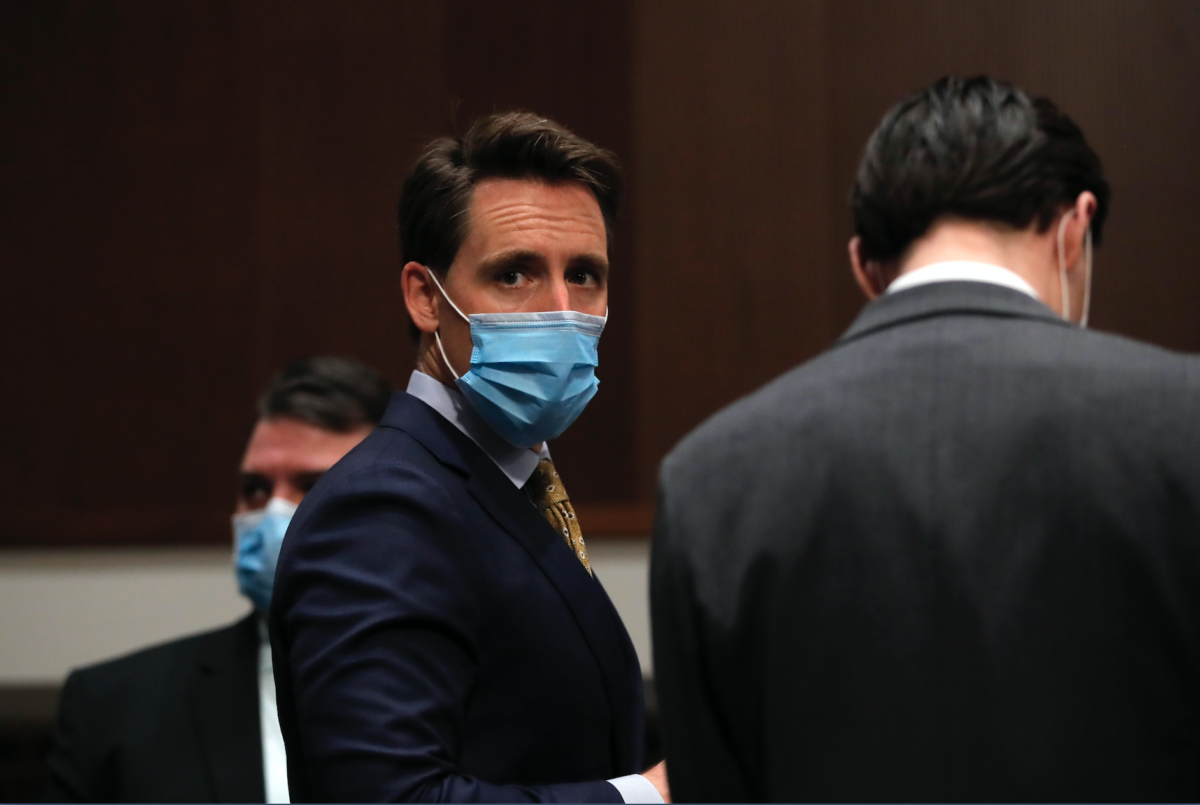 Simon & Schuster announced Thursday that it was revoking a deal to publish a forthcoming book by Sen. Josh Hawley (R-MO).

“After witnessing the disturbing, deadly insurrection that took place on Wednesday in Washington, D.C., Simon & Schuster has decided to cancel publication of Hawley’s forthcoming book, The Tyranny of Big Tech,” the publishing company said in a statement obtained by Mediaite. “We did not come to this decision lightly. As a publisher it will always be our mission to amplify a variety of voices and viewpoints: at the same time we take seriously our larger public responsibility as citizens, and cannot support Hawley after his role in what became a dangerous threat to our democracy and freedom.”

The 320-page book had been scheduled for release on June 22. Challenging tech companies including Facebook, Twitter, and Google has been a hallmark of Hawley’s political career, both as a senator and previously as Missouri’s attorney general.

Hawley this week also supported an effort by congressional Republicans to reject electoral votes from Arizona and Pennsylvania in the election of Joe Biden.

Simon & Schuster has accommodated a number of controversial authors in recent memory. In 2020, it published several tomes critical of President Donald Trump, including Too Much and Never Enough, written by the president’s niece, Mary Trump, as well as Rage, authored by The Washington Post’s Bob Woodward. One of its imprints, Free Press, published Fox News host Tucker Carlson’s most recent book, Ship of Fools, in 2019. Another imprint, Threshold Editions, published Fox host Sean Hannity’s most recent book in 2020. Threshold Editions similarly published the president’s 2016 book, Great Again.

It isn’t the first time the publishing giant has canceled on an author. Former Breitbart editor Milo Yiannopoulos sued the company in 2017 after it canceled plans to publish his book, Dangerous. Yiannopoulos ultimately published the book himself.

My statement on the woke mob at @simonschuster pic.twitter.com/pDxtZvz5J0