This is a great time to be a less-than-truckload (LTL) carrier. Unlike their truckload (TL) competitors where pricing discipline is scant because of ease of market entry, the top 10 LTL carriers control about 75% of their total $43.6 billion market.

And these top players are a “who’s who” of technology giants such as FedEx Freight and newly rechristened TForce Freight, the $3.1 billion former UPS Freight that was recently sold to Canada-based conglomerate TFI International for $800 million. They’re all following market profitability leader in Old Dominion Freight Line (ODFL), and a savvy multi-dimensional player like XPO Logistics as well as a revitalized Yellow Corp.

That latter giant, Yellow, has been salvaged into profitability by a $700 million loan from the federal government under the Coronavirus Aid, Relief and Economic Security (CARES) Act. Finally, throw in a bunch of highly competitive, well-run private carriers such as Pitt Ohio, Estes Express, Southeastern, Saia, and Averitt Express among others, and it’s a well-positioned market—for carriers, at least.

Unlike past years, 2021 will likely be one where a fortuitous combination of pricing discipline and high barriers to entry meet an industry determined not to waste what’s likely a once-a-decade pricing conundrum for shippers fueled by growth in e-commerce.

“When was the last time there was a significant new entry in this market?” asks Satish Jindel, principal of SJ Consulting, a firm that closely tracks the LTL market. (The answer to that question is Con-way, now XPO Logistics, in 1984). That’s because unlike their TL allies, LTL carriers need more than a truck, a driver and a customer. They need real estate on which to build their 200 to 300 terminal networks, and they need sophisticated sorting and package dimensioning technology.

As it turns out, these barriers to entry are also keys to profitability. For example, Old Dominion Freight Line, the market leader, posted a stunningly low 74.5 operating ratio in last year’s third quarter.

In the fourth quarter, ODFL reported revenue increases per day of 6.3% year over year, reflecting a 5.2% increase in LTL tons per day and a 3.8% increase in LTL revenue per hundredweight. Analysts are amazed at such results from a trucking company where price/earnings (P/E) ratios are considered good if they are above 18. ODFL’s forward P/E ratio is 36.2.

“The company has practically zero debt, earns a return well in excess of its peers, and is still growing market share,” according to Value Kicker, a Vancouver-based stock analyst firm that has a positive rating on ODFL.

So what’s behind this surge in the LTL sector? Let’s look at how the sector responded and capitalized on the COVID-19 outbreak, how a major carrier with 10% market share is no longer on the financial brink, and finally we’ll examine how high 2021 rate hikes will be for shippers.

In a sense, the pandemic was a blessing for the entire LTL market, and one carrier in particular. That’s because of the pandemic-related surge in LTL shipments that coincided with government stimulus checks that helped on the consumer side.

“The sector benefited from tight capacity and lack of drivers,” says Jindel. “As long as the federal government keeps sending out stimulus checks, LTLs will have difficulty putting drivers in trucks, and that effectively keeps the lid on capacity.”

When you boil it down, the coronavirus outbreak is affecting carriers even if they have practiced social distancing in their operations and have largely stayed immune from the virus, according to Pitt Ohio president Chuck Hammel. “It affects operations in many ways,” he says. “Keeping our drivers socially distanced from each other and office staff from the time they start until the time they quit has been a huge change.”

However, Hammel contends that the biggest impact it’s having is losing employees on a day’s notice when they call and report that they’ve have been in contact with a COVID-positive person. When that happens, they need to quarantine for seven to 10 days, according to Centers for Disease Control (CDC) guidelines.

Hammel adds that Pitt Ohio has only had nine positive cases out of a total work force of 3,100. “But on any given day we have 80-plus people out because they’ve come into contact with a COVID-positive person,” he says. “So, combine a huge driver shortage with COVID report-outs and a surging freight market and you have a chaotic environment.”

That once-in-a-lifetime freight environment coincided with a surge in e-commerce that plays right into LTL’s strength. LTL carriers are accustomed to delivering many loads in a single truck and only need slight adjustments to handle last-mile e-commerce freight, experts say.

“Amazon is building a network of more than 150 fulfillment centers around the country, which also plays to LTLs’ market strengths,” says Jindel. “The only way Amazon can offer next- and two-day deliveries is by having fulfillment centers near where you live. By putting them close to people, that freight is coming by LTL, not truckload. Demand will be there, and capacity will be short.”

Analysts chalk this up to pricing discipline that was learned the hard way. “If you lower price, you get more freight you don’t need, and all you’re doing is hurting yourself,” adds Jindel. Perhaps that’s because some LTL executives still remember how they got hurt in 2008-2009, when they lowered rates when the market was soft and YRC was on the brink of collapse. Well, 13 years later, Yellow is revitalized, but competitors’ memories are still fresh.

So let’s take a look at the revitalization of Yellow, which controls 10% of the LTL market through its long-haul unit and three regional subsidiaries. 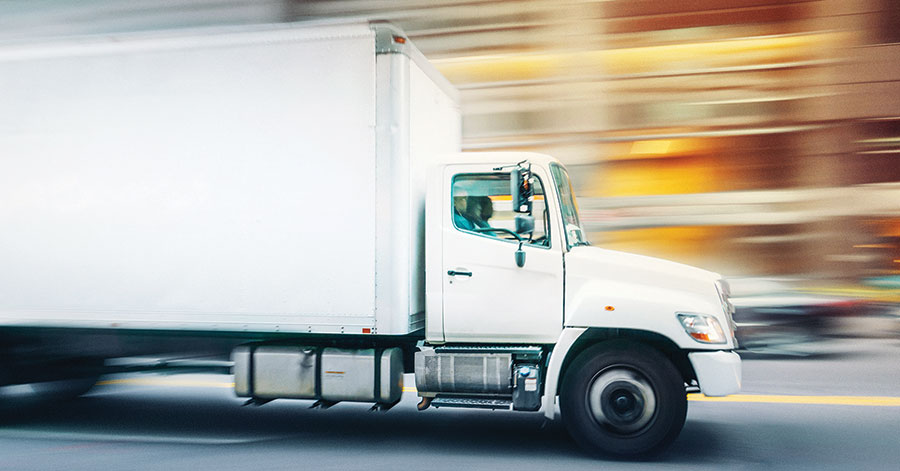 There isn’t a better turnaround story in trucking than the comeback underway at Yellow. On the brink of bankruptcy several times in this century, Yellow has been born again with the help of a cash infusion of $700 million by the federal government under the CARES Act.

Among other things, that allowed Yellow to modernize its fleet. Yellow and its three regional subsidiaries are buying about 300 new tractors and 950 trailers the first half of this year as it undergoes a badly needed face lift.

“It will be very impactful for our company over the next three quarters,” says Yellow CEO Darren Hawkins. “It enabled us to bring on a significant amount of new equipment, decrease the age of our fleet, decrease maintenance costs and increase mileage and driver comfort. It’s going to present a very nice return.”

The first tranche of $300 million was used for short-term contractual obligations, including long-delayed health and pension benefits for its 24,000 or so Teamsters. The second tranche of $400 million was used for fleet modernization. Yellow is also in the midst of a terminal optimization project that Hawkins says will create a “super regional” network of one- to three-day service times in addition to long-haul service supplied by Yellow Freight.

“As for strategic planning and network redesign, we can be patient in how we deliver that,” Hawkins explains. “We don’t have to change anything. The good piece about that [federal loan] is that we have flexibility and options.”

Those options have filtered down to other competitors in the LTL sector. Unlike 2008-2009 when the industry was recovering from the Great Recession, Yellow is not on the brink of bankruptcy. According to analysts, that has eliminated the “go-for-the-kill” mentality of FedEx Freight and other LTL carriers that drastically cut rates more than a decade ago in an attempt to bury Yellow.

As veteran trucking analyst David Ross of Stifel Inc. recently explained in a note to investors, what’s good for Yellow is good for all the LTLs—and bad news for shippers. “With YRC looking like it will be remaining in business for a while, that potential windfall isn’t there, but the industry is feeling some capacity issues now,” Ross wrote.

Interestingly, the major LTL carriers have not seen any typical “TL spillover” freight to their trucks, even with the tight TL market. LTL executives say that hardly matters, as they have plenty of freight right now to fill their trucks.

Analysts and top trucking executives say that it isn’t a question of whether rates will go up, it’s only a matter of how high those rates will climb in 2021. “I don’t see any dark clouds on the horizon for LTLs,” says Jindel, adding that he expects carriers to raise rates in the “mid- to high-single digit” percentage points. Others agreed.

“This is a great opportunity to expand margins via higher rates,” says Stifel’s Ross, calling the LTL rate environment in 2021 “quite healthy.”

“This is a positive freight environment,” adds Hammel. “LTL companies are all raising rates.” Hammel cites a number of reasons, including COVID-19 requirements, driver pay raises, sky-high insurance costs, a capacity shortage and highway tolls increasing as the biggest reasons.

The way shippers can mitigate those increases, carriers say, is by working with their carriers on specific issues that can be corrected to save driver time. “We have great partnerships with our customers,” says Yellow’s Hawkins. “LTL pricing involves a lot of complexities, and we work closely with our customers. But yields are firm. I expect to be in a good spot, especially with the driver situation and overall demand, for quite some time.”

Hawkins reminds shippers that the combination of a $150,000 tractor, a $25,000 trailer and an $80,000-a-year driver on their property result in assets that must be used wisely for carriers to turn a profit. “We like to be paid for what we do,” adds Hawkins. “Our equipment and drivers need to be producing revenue. You have to treat our drivers with respect and realize that equipment must be producing revenue.”

How long will this bull market for LTL last? According to Pitt Ohio’s Hammel: “I see no end in sight.”