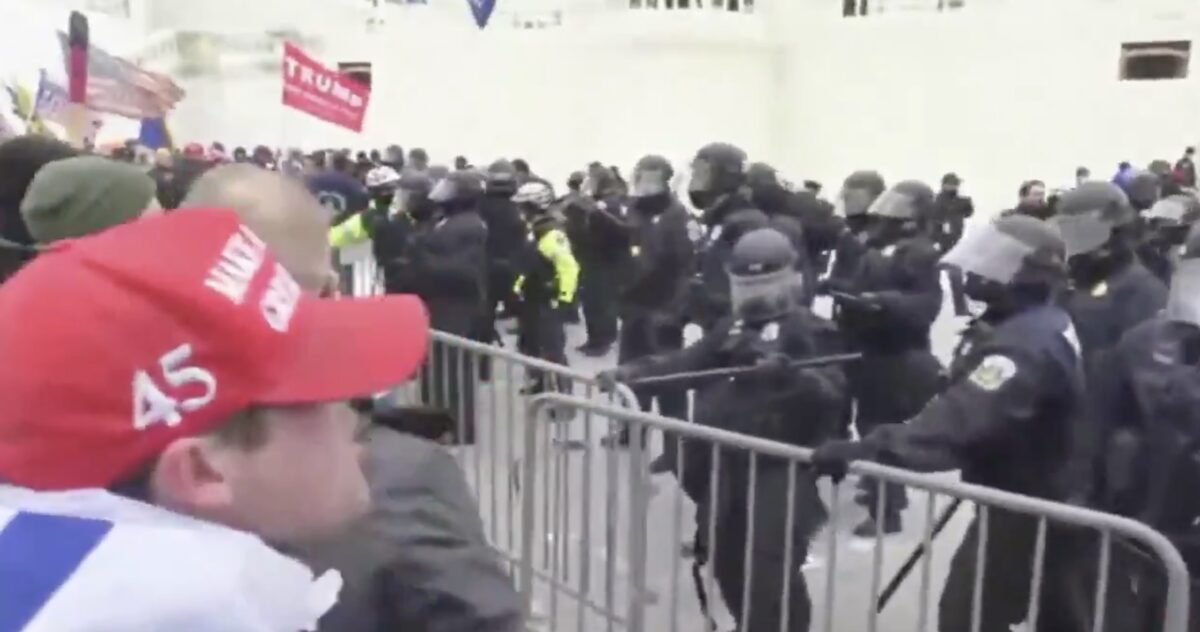 Chaos broke out on Capitol Hill Wednesday as Congress met in a joint session to certify the Electoral College votes, forcing House members to evacuate several buildings, including the Cannon House office building and the Library of Congress.

Representatives on the House side of the Capitol were told to evacuate their offices due to a suspected pipe bomb, while those in surrounding buildings were forced to either evacuate or lockdown due to threats coming from President Donald Trump’s supporters.

Axios White House reporter Alayna Treene took to Twitter to reveal that she had to evacuate Cannon due to police orders, later adding that reporters were instructed to head to the Senate chamber if protestors enter the Capitol building.

Scenes from Cannon: A police officer stood in the center of the rotunda and shouted: “EVERYONE OUT, RIGHT NOW … WE’RE EVACUATING”

Politico’s Burgess Everett reported than an audio message has been on repeat outside the Capitol, warning everyone to stay away from windows and doors.

Audio message plays in Capitol building: Stay away from windows and doors. Kind of unsettling

Rep. Elaine Luria (D- VA) took Twitter to reveal that she had to evacuate the office “because of a pipe bomb reported outside,” adding that she could hear “what sounds like multiple gunshots.”

I don’t recognize our country today and the members of Congress who have supported this anarchy do not deserve to represent their fellow Americans. (2/2)

Rep. Jared Huffman (D-CA) additionally noted that he and his colleagues were forced to evacuate because “Trump’s Coup Mob” was storming the Cannon House office building.

Trump’s Coup Mob has stormed into the Cannon House office building, overwhelming Capitol Police and forcing my colleagues to evacuate. This is unprecedented. https://t.co/slBl8FQWPi

I’m sheltering in place in my office. The building next door has been evacuated. I can’t believe I have to write this.