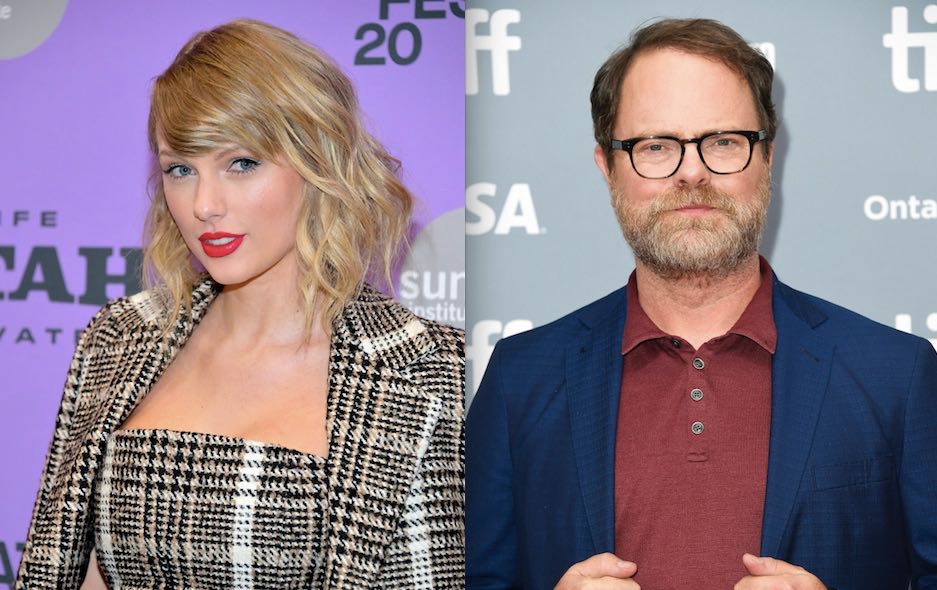 Taylor Swift and Rainn Wilson became an unlikely comedic duo thanks to Twitter.

Wilson then retweeted the singer and quipped, “I do not know who this is. Inventor of the Swiffer?”

I do not know who this is. Inventor of the Swiffer? https://t.co/ezykLDUMm1

In response, Swift shared yet another gif from The Office, this one of John Krasinski’s character Jim Halpert saying “Touché.”

This isn’t the first time Swift has given a shoutout to the beloved NBC sitcom, which has remained in the pop culture zeitgeist thanks to streaming services.

When the singer was asked about her Grammy nominations during an interview on Good Morning America last month, she responded, “I try not to jinx things. To quote Michael Scott from The Office: ‘I’m not superstitious, but I am a little stitious.’”

Back in 2011, Swift created a parody of The Office for a behind-the-scenes clip that accompanied the music video for her song “Ours.”