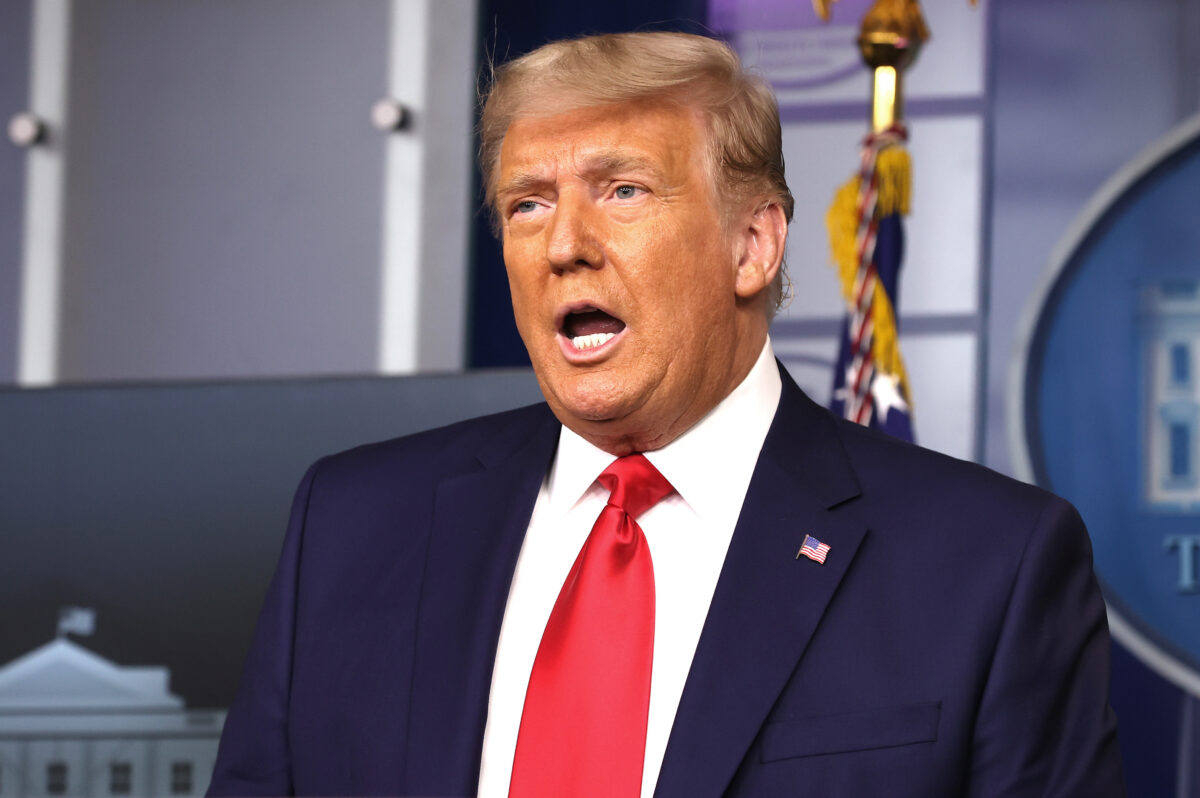 The Arizona Republican Party tweeted a painting of Donald Trump that was entirely meant to glorify the president. The reception online, however, has been less than spectacular.

Weeks after the Arizona GOP called on people to lay down their lives for Trump’s fight against his 2020 election defeat, the organization tweeted a very romanticized picture of Trump in colonial-era war garb and surrounded by patriotic imagery.

Nice of them to do a painting of Benedict Arnold!! https://t.co/rcP5415qil

The first chapter of the 2,500-page Proof trilogy—written in the summer of 2018—framed Trump as a modern-day Benedict Arnold. Now here we are, two and a half years later, three weeks before the end of the Trump presidency, and “Benedict Arnold” is trending for this very reason. https://t.co/ePuvsMUYgB

The real title of the “Benedict Arnold” painting is “1776.” It was created by Lyudmila Tomova, who wrote: “This painting is dedicated to the patriot resistance fighting for our liberty and the republic.” https://t.co/TIpwlTZNgE https://t.co/Zt38cBZoJg

The only Revolutionary War figure you can compare him to is Benedict Arnold, and even that’s unfair because at least that traitor actually served in the military. https://t.co/Wdkhgebl7J

A lot more reactions to the painting came from people who are far from impressed by their latest attempt at the deification of Trump:

That’s an odd way to depict a draft-dodging coward subservient to a hostile foreign leader who thinks actual US military heroes are babies, suckers and losers. https://t.co/Hcvbc8niyK

Comical? Or sinister? This stuff is always comical until it — isn’t. https://t.co/QJzLHmN9kN

He’d accidentally shoot himself and he’s not strong enough to carry the flag. It takes him two hands to raise a glass of water. https://t.co/EkAOCctLco

/wearing a turtleneck under a tweed blazer and stroking my chin thoughtfully as I examine this work of art from every angle “LOL come on.” https://t.co/XjdcTbPFBc

The idea that Trump would fight for his country is laughable https://t.co/v5kBzX0cqH

Siri- Show me what it looks like when a political party is now a radical cult. https://t.co/iddvAVK5AH