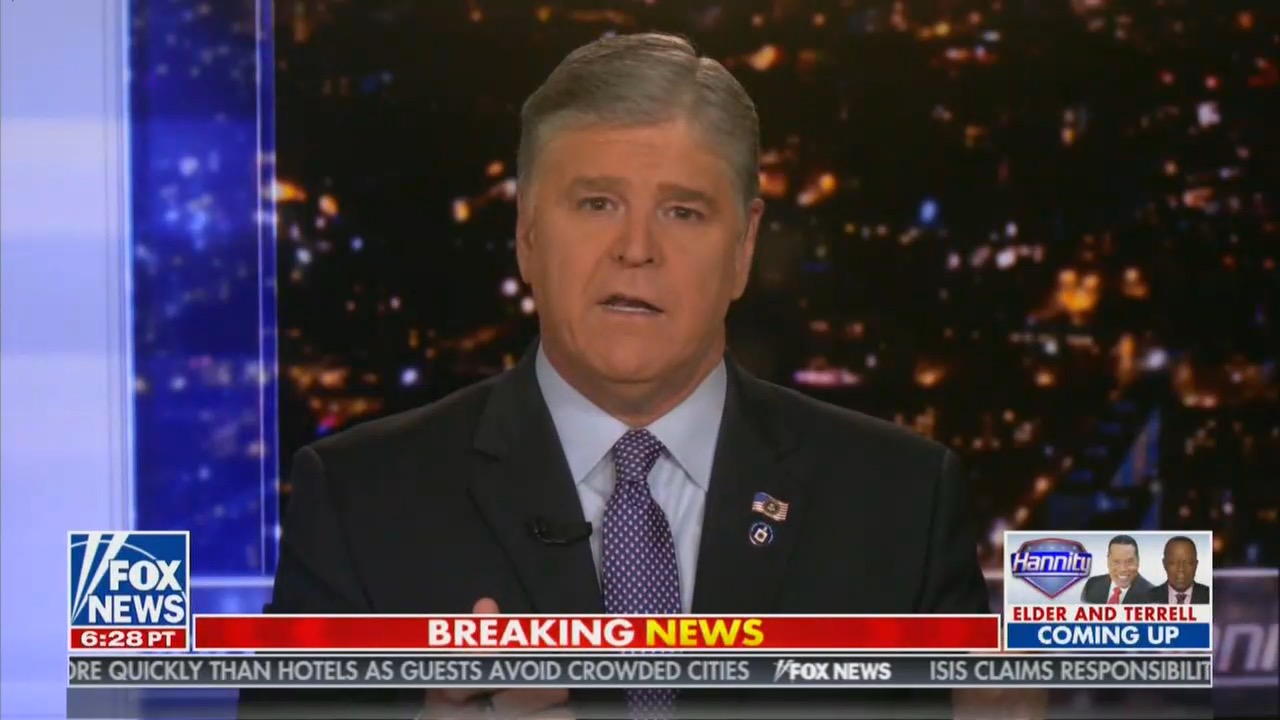 Fox News, boosted by prime time opinion anchors Tucker Carlson and Sean Hannity, won the night on Thursday, pulling in higher numbers in both total viewers and the crucial demographic of viewers age 25-54. It’s the first time this week that CNN hasn’t won in the demo during prime time.

In the post-prime time 11 p.m. hour, both Brian Williams and Don Lemon had wins, with The 11th Hour with Brian Williams getting the most viewers overall (2.08 million, 305,000 in the demo), and CNN Tonight with Don Lemon winning the hour with the demo, with 394,000 younger viewers. CNN Tonight came third in total viewers, with 1.32 million. On Fox, Shannon Bream pulled in 1.46 million total viewers for Fox News at Night with Shannon Bream, with 285,000 in the demo.

At 7 p.m., Fox’s Martha MacCallum pulled ahead of Joy Reid and Erin Burnett in total viewers, with The Story with Martha MacCallum getting 2.23 million total viewers, The Reidout getting 1.99 million, and Erin Burnett OutFront getting 1.84 million. Burnett, however, won big in the younger demo, with 444,000 younger viewers tuning in, compared to 343,000 for The Story and 338,000 for The Reidout.