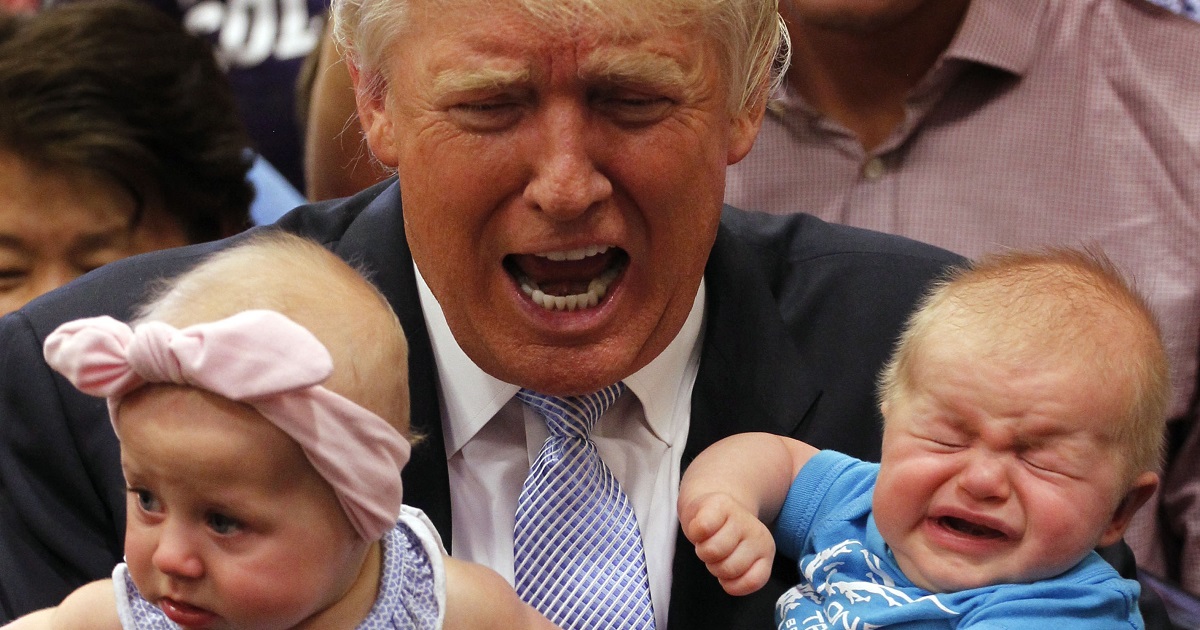 President Donald Trump spent much of his Thanksgiving holiday complaining about reporters, the election result, and what he sees as biased Twitter trends. On Thanksgiving evening, #DiaperDon started trending on Twitter, an apparent response to what has become the commander in chief’s near-constant whining.

All of this followed a White House press gaggle that was far more contentious than what was likely planned. In his first time taking questions from reporters since losing, Trump railed against the election process, and compared the United States to a “third world country” and declared “I didn’t lose.”

“So no, I can’t say that at all,” Trump said of conceding. He attacked Reuters reporter Jeff Mason as a “lightweight.”

As New York Times’ Maggie Haberman noted on Twitter, “If one doesn’t want to answer such questions on a holiday, they could have taken questions at any other point since Nov 3.”

It’s not clear when it started trending, but later on, #DiaperDon was revealed by Twitter to be a number one trend, which continued through late Thanksgiving and into Black Friday morning:

This did not please President Trump, as he followed up on Twitter calling out what he deemed “totally false ‘Trends’ that have nothing to do with what is really trending in the world,” and alleged that it was all made up. He curiously threw Fox News under the bus, calling out its news-based daytime programming.

Twitter is sending out totally false “Trends” that have absolutely nothing to do with what is really trending in the world. They make it up, and only negative “stuff”. Same thing will happen to Twitter as is happening to @FoxNews daytime. Also, big Conservative discrimination!

He followed by suggesting that Twitter was a threat to national security and said that “Section 230” of the Communications Decency Act should be “immediately terminated!!!” Section 230 generally provides immunity for website publishers from third-party content.

For purposes of National Security, Section 230 must be immediately terminated!!!

Trump is extremely upset that #DiaperDon is trending, so he wants to shut down Twitter, because of how conservatives love free speech. pic.twitter.com/m5dprHRMwi

Haha, I just figured out how to find Twitter trending, and now I get the temper tantrum from Donny Trump #DiaperDon: is top hashtag. Happy Thanksgiving everyone!

You know, having a hissy fit because you’re overtired from playing at your kiddy desk, is probably not the best way to get #DiaperDon to stop trending. pic.twitter.com/ffLmbmz4Sn

I normally don’t kick a guy when he’s down. But Donnie’s down 6 million votes and throwing temper tantrums like a toddler still in diapers, so… #Pampered #FullOfCrap #DiaperDon

Can someone tell #DiaperDon that “terminating” Section 230 would prob get him kicked off Twitter?

What a big baby. Someone needs his wubby. #DiaperDon https://t.co/Pp35rjX31L

As the great Nick Lowe sang, and so it goes…