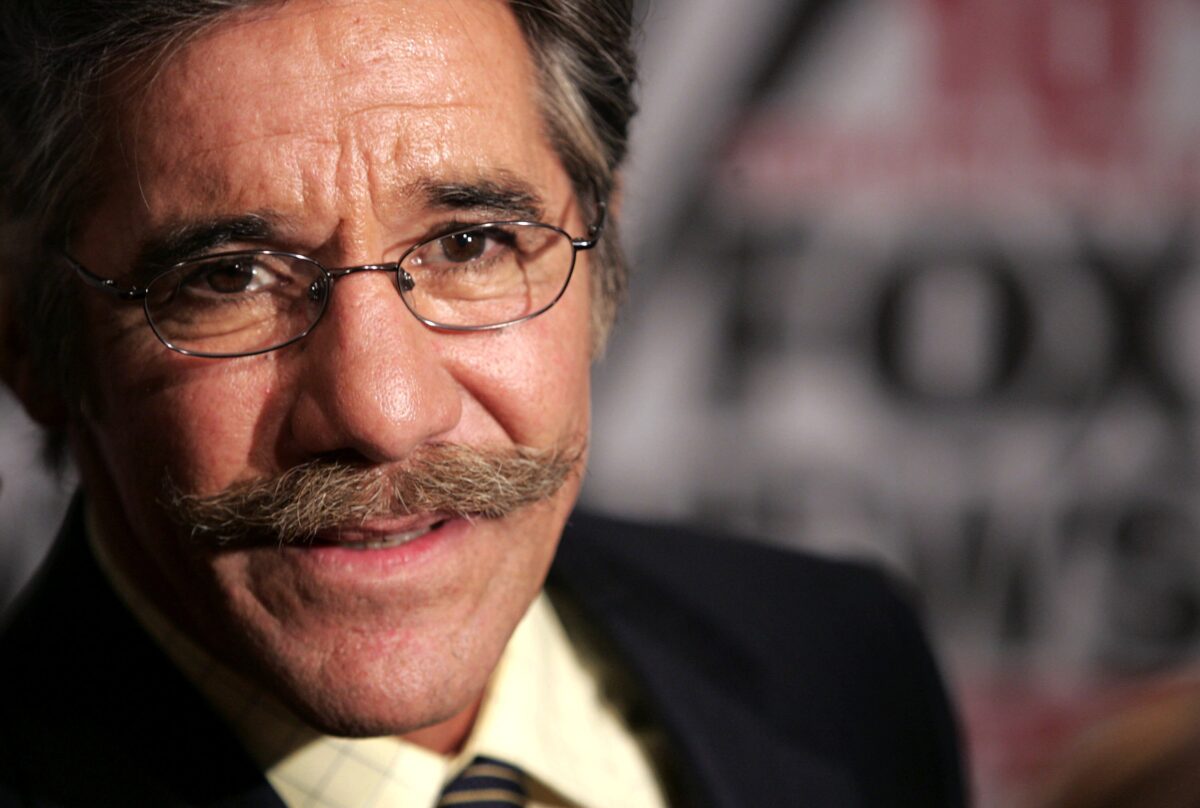 There is no question that, with just a week left in his one term, President Donald Trump is a political mess of his own making. A more striking development is that he might also be in a criminal mess of his own making, but time will tell. What remains clear is that Trump put himself in the position he is in. And perhaps his biggest mistake is choosing which old New York City pal to listen to.

Had Donald Trump listened to Geraldo Rivera and not Rudy Giuliani in the days that followed election day, he would have avoided impeachment and the disgrace that will forever mar the last chapter of his wild time in the White House.

That’s right. Had Trump only heeded Geraldo’s advice — which was, candidly, equal parts wise and banal — he’d be sitting in a political catbird seat.

While Giuliani pushed Trump to wholeheartedly embrace a baseless and dangerous assault on the U.S. election, Geraldo consistently advised him to concede gracefully.

Let’s imagine the scenario: Having conceded the election, Trump would continue to enjoy an enormous base of support, would remain the figurehead of the GOP, a presumptive favorite for 2024, and with endless opportunities to monetize his influence and relatively untarnished brand. He would likely host the PGA Championship at Bedminster, and could visit Trump-branded skating rinks in Central Park. But that is not what happened.

Trump’s departure from the nation’s highest office instead ended in a disgraceful spectacle: the deadly insurrection on the Capitol last week, which left at least five people dead and ensured Trump’s second impeachment.

While a debate rages over the extent of the president’s incitement, there is no question that the insurrectionists were storming the Capitol because they believed what Trump and his surrogates have been saying in the months since Nov. 3: that the election was stolen. But it wasn’t. At all.

While Trump’s surrogates, political pals, and cable news boosters lined up behind the president in support of the big lie that he had lost the election, there was one voice of reason, brave enough to swim upstream and tell it like it is: Geraldo Fucking Rivera.

Mediaite headlines from the past couple of months that feature Geraldo tell the story.”‘That Is So Dishonest!’ Geraldo Rivera Goes Off on Charlie Kirk for Insisting Election Is Still in Question.” “Geraldo Delivers Epic Monologue in Falling Snow Calling Out ‘Knuckleheads’ Still Contesting the Election: ‘You Are Wrong,’” and “Geraldo Rivera Slams Trump for Behaving Like ‘Entitled Frat Boy’ Over Election: ‘He Lost… Sh*t Happens” are just a few examples.

For people of a certain age, Geraldo’s name is still synonymous with an empty Al Capone vault and flying chairs thrown by skinheads. But those days were decades ago, and Geraldo consistently provides a rare thing in today’s siloed political media landscape: a well-informed contra voice on Fox news.

Geraldo and Trump have a long history, having come to fame and fortune together during the go-go ’80s of New York City.  And Geraldo has explained that the support for the Trump administration comes more from loyalty to an old friend than the support of policies.

In the days that followed the election, Geraldo said he spoke with President Trump several times. And in each conversation, Geraldo encouraged the outgoing president to step down and exit gracefully. Had he followed that advice, he would be in a very different place (and perhaps not banned from Spotify). Trump shunned Geraldo instead of listening to him, which led Rivera to plea to the president on-air as late as December 29th.

“Reject the crackpots” he implored Trump and exit the White House with “dignity and grace,” in an appearance the predicted the deadly chaos that unfolded the following week.

Instead? Trump continued to heed the curious counsel of Rudy Giuliani and Jenna Ellis. The Washington Post reported that these lawyers convinced Trump of the false belief that Vice President Mike Pence could overturn the Electoral College, which Geraldo knew was bunk. By ignoring Geraldo, Trump appears to have convinced himself that he was wronged, that he really did win in a landslide, and that the injustice needed rectification or recompense.

Did Trump incite the violence? That is a question to be answered through a debate that will rage over the next few weeks and months. But none of this would have happened had Trump only listened to Geraldo.