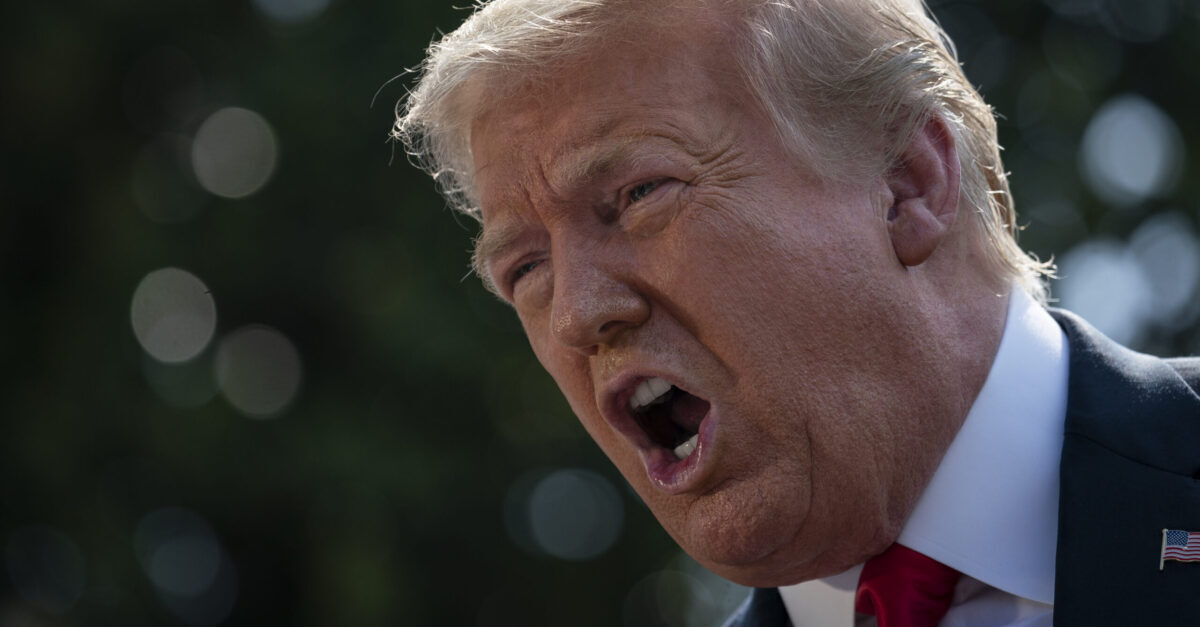 President Donald Trump, amidst yet another baseless claim about an election so rigged it was supposedly stolen from him, tried to clean up an earlier tweet of his Sunday morning saying, of Joe Biden, “He won.”

“He won because the Election was Rigged. NO VOTE WATCHERS OR OBSERVERS allowed, vote tabulated by a Radical Left privately owned company, Dominion, with a bad reputation & bum equipment that couldn’t even qualify for Texas (which I won by a lot!), the Fake & Silent Media, & more!” Trump tweeted.

The “he won” part dominated social media this morning, given how Trump had yet to formally concede that he lost the election:

“He won” — President Trump acknowledged Joe Biden’s election win for the first time on Sunday, but continued to falsely insist the former vice president’s victory was the result of a “rigged” election. https://t.co/1cC8xiJXzQ

This is as close as we’re going to get to a concession.

But like all things Trump, he will pull back on this over and over again. Two hours from now he could tweet that he won. In private he will still say he won for years to come.

But he’s ripped off the bandaid. pic.twitter.com/WWDSgqaxiF

There it is. RT @realDonaldTrump He won…

Two words: “He won…” Another crack in the president’s veneer of denial over the Biden election outcome. He has taken no questions from the WH press since Election Day. pic.twitter.com/cMyVuZ3vY7

The president clearly noticed, because he took to Twitter again to declare in all caps, “RIGGED ELECTION. WE WILL WIN!”

RIGGED ELECTION. WE WILL WIN!

Trump then tweeted “He only won in the eyes of the FAKE NEWS MEDIA. I concede NOTHING!”, before going on to again push the claim the election was “rigged.”

He only won in the eyes of the FAKE NEWS MEDIA. I concede NOTHING! We have a long way to go. This was a RIGGED ELECTION!