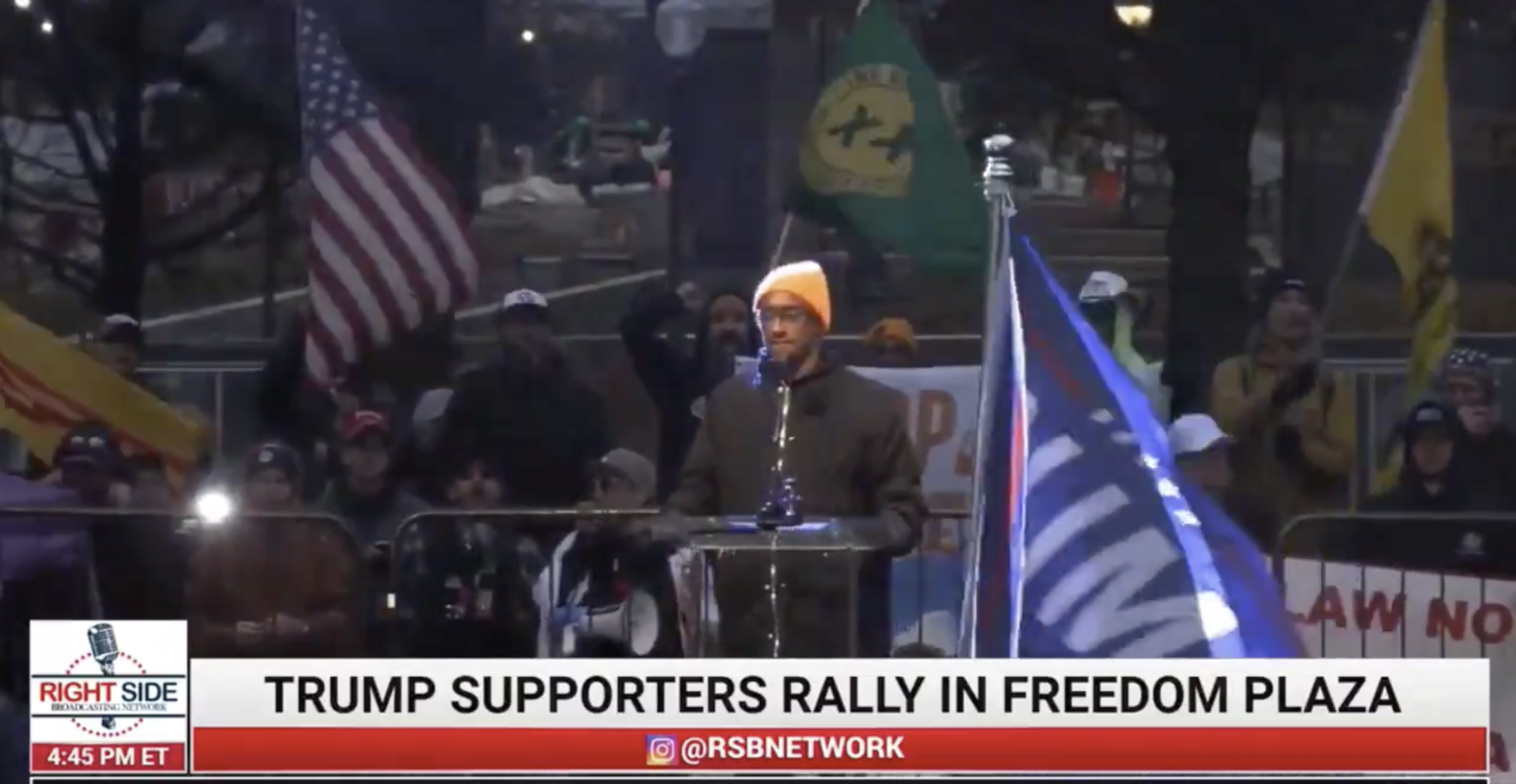 Far-right Trump supporter Ali Alexander, a top organizer of the January 6th rally in Washington, D.C. that turned deadly, said he was aided in putting on the event by Republican legislators in Congress.

In a number of Periscope live streams ahead of the march, the “Stop the Steal” organizer claimed that among those assisting him were Rep. Andy Biggs (R-AZ), Rep. Paul Gosar (R-AZ), and Rep. Mo Brooks (R-AL).

According to The Intercept, Alexander stated in separate streams, “We’re the four guys who came up with a January 6 event,” referring to the respective congressmen. Biggs was the only lawmaker who responded to The Intercept, and he denied any contact with Alexander.

“I was the person who came up with the January 6 idea with Congressman Gosar, Congressman Mo Brooks, and then Congressman Andy Biggs,” Alexander stated in a December 28th video. “We four schemed up of putting maximum pressure on Congress while they were voting so that who we couldn’t lobby, we could change the hearts and the minds of Republicans who were in that body hearing our loud roar from outside.”

Alexander, formerly Ali Akbar, is no stranger to controversy, and ahead of the rally, he warned that “something bad” might happen to a Washington, D.C. hotel that chose to close its doors to the pro-Trump protesters.

Alexander has a long history as a right-wing Twitter personality, who rose to prominence by claiming back in 2019 that Vice President-elect Kamala Harris is “not an American Black,” which was amplified by Donald Trump Jr. online.

As The Daily Beast’s Will Sommer reported on Sunday, prior to the march, Alexander engaged in rhetoric that suggested the event could get violent:

Alexander, who has described himself as one of the “official originators” of the Jan. 6 rally in Washington, went on to use “yet” as a code word for violence. Then Alexander told the Phoenix crowd about his plans for Washington.

“We’re going to convince them to not certify the vote on January 6 by marching hundreds of thousands, if not millions of patriots, to sit their butts in D.C. and close that city down, right?” Alexander said. “And if we have to explore options after that…‘yet.’ Yet!”

On the eve of the march, Ali made the intent of the event — held to pressure lawmakers to oppose the certification of Joe Biden’s election victory — clear.

Far-right activist and “Stop the Steal” leader Ali Alexander in Freedom Plaza leads the crowd in a “Victory or death!” chant. pic.twitter.com/RW27eA8oh5

The provocateur is now distancing himself from the riot: The StoptheSteal.US website that he used to organize the January 6th march has been deleted.

In a video posted to Twitter on Friday, Alexander said of the march, “I don’t disavow this. I do not denounce this.”

This is Ali Alexander, leader of the so-called Stop the Steal campaign, saying: “I don’t disavow this. I do not denounce this.” pic.twitter.com/0mP0xThAYP

Ali Alexander, a lead organizer of the Stop the Steal protest movement and a bridge between MAGA and radical extremists, has been banned from Instagram and Facebook

In the morning hours on Wednesday, Alexander was seated in the Ellipse Park south of the White House listening to President Donald Trump. A second event was planned for the Capitol at 1 p.m., at which he failed to appear.