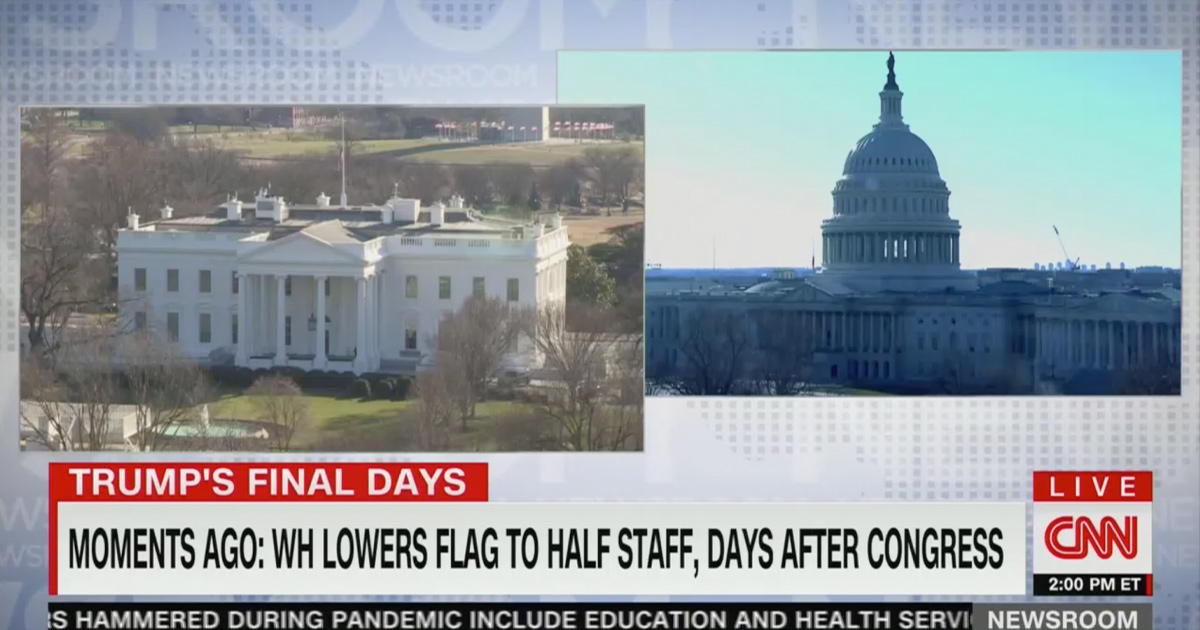 On Sunday afternoon, reporters noticed that the flag at the White House was being flown at half-staff, and it was later confirmed by the Trump administration this was done to honor two officers who died after the violent riots at the Capitol last week.

Officer Howard Liebengood, another officer who was part of the response to the riots, died this weekend as well. The statement from the Capitol Police said he died when he was off-duty but did not state the cause of death.

The U.S. Capitol Building started flying flags at half-staff in honor of Sicknick on Friday, and there were calls for the White House to do the same in the past two days, as well as criticism for not doing so sooner:

I’m calling on the President to fly our flag at half-staff in honor of Officer Brian Sicknick, who gave his life protecting our nation’s Capitol and all those who serve in her hallowed halls. pic.twitter.com/AwrfOeNSHg

Flag flying at full staff this morning at the White House, while at the Capitol, they are at half-staff per ⁦@albamonica⁩, lowered in honor of fallen USCP Officer Sicknick pic.twitter.com/KkXiNGkAZt

For unexplained reasons, the White House did not lower flags to half-staff today in honor of the Capitol Police officer, Brian Sicknick, who died last night from injuries he sustained while on duty responding to the pro-Trump mob. The Capitol did lower flags today.

A second U.S. Capitol Police officer has now died. Is the flag over the White House at half-staff yet?

Driving around DC today, it’s striking how flags on federal buildings controlled by the president are not at half staff, unlike the ones at the Capitol which were lowered in honor of the police officer killed in this week’s mob attack.

The big tell is the WH flag is not at half staff in memory of Capitol Police Officer Sicknick.