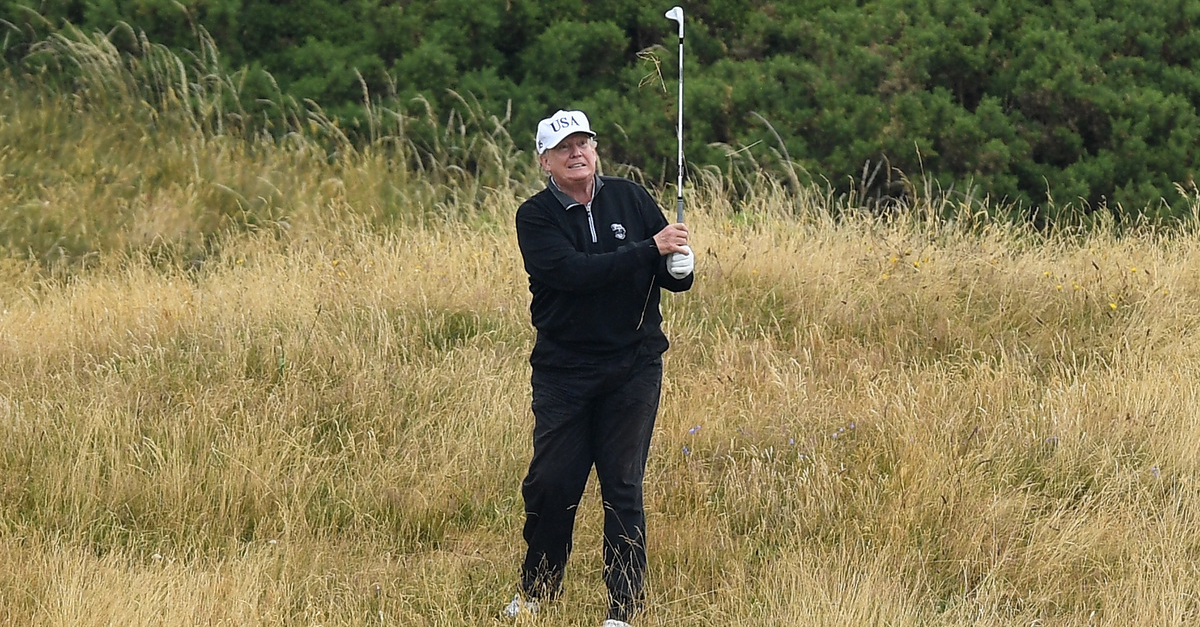 Despite a violent attack on the U.S. Capitol carried out by his supporters on Wednesday, President Donald Trump is moving forward with Thursday’s planned ceremony honoring three golfers with the Presidential Medal of Freedom.

A White House spokesperson confirmed to multiple reporters that a ceremony honoring golf greats Gary Player, Annika Sorenstam, and the late Babe Didrikson Zaharias is slated for 11:30 a.m ET in the East Room. It is unclear whether the event is open to the press.

Trump is plowing ahead with the ceremony even after mass resignations from his administration and reported discussion of the 25th Amendment being invoked by his cabinet to remove him from office.

The president’s call to move forward despite Wednesday’s attack was met with equal parts derision and mockery on Twitter:

You may think an attempted coup on the U.S. Capitol is the logical conclusion of the Trump presidency. In reality, it’s Trump awarding the Medal of Freedom to three golfers in a ceremony not open to the press. https://t.co/XgOxYtHEgX

While Trump does nothing about the surging pandemic and the new, more transmissible variant of the coronavirus. This is obscene. https://t.co/NR88C945y1

Think of the golfers! https://t.co/JUa94NP4cY

What is a medal of “freedom” worth coming from the only president who encouraged a violent insurrection to keep him in office? https://t.co/xpJ8TmwoR9

Three golfers, the day after an insurrectionist mob that he incited overran the U.S. Capitol. https://t.co/JmoI1lanu6

wyd @ANNIKA59 and @garyplayer? You want a medal from a guy directly responsible for four deaths and an attempted coup yesterday? https://t.co/H2TRTLOHQg