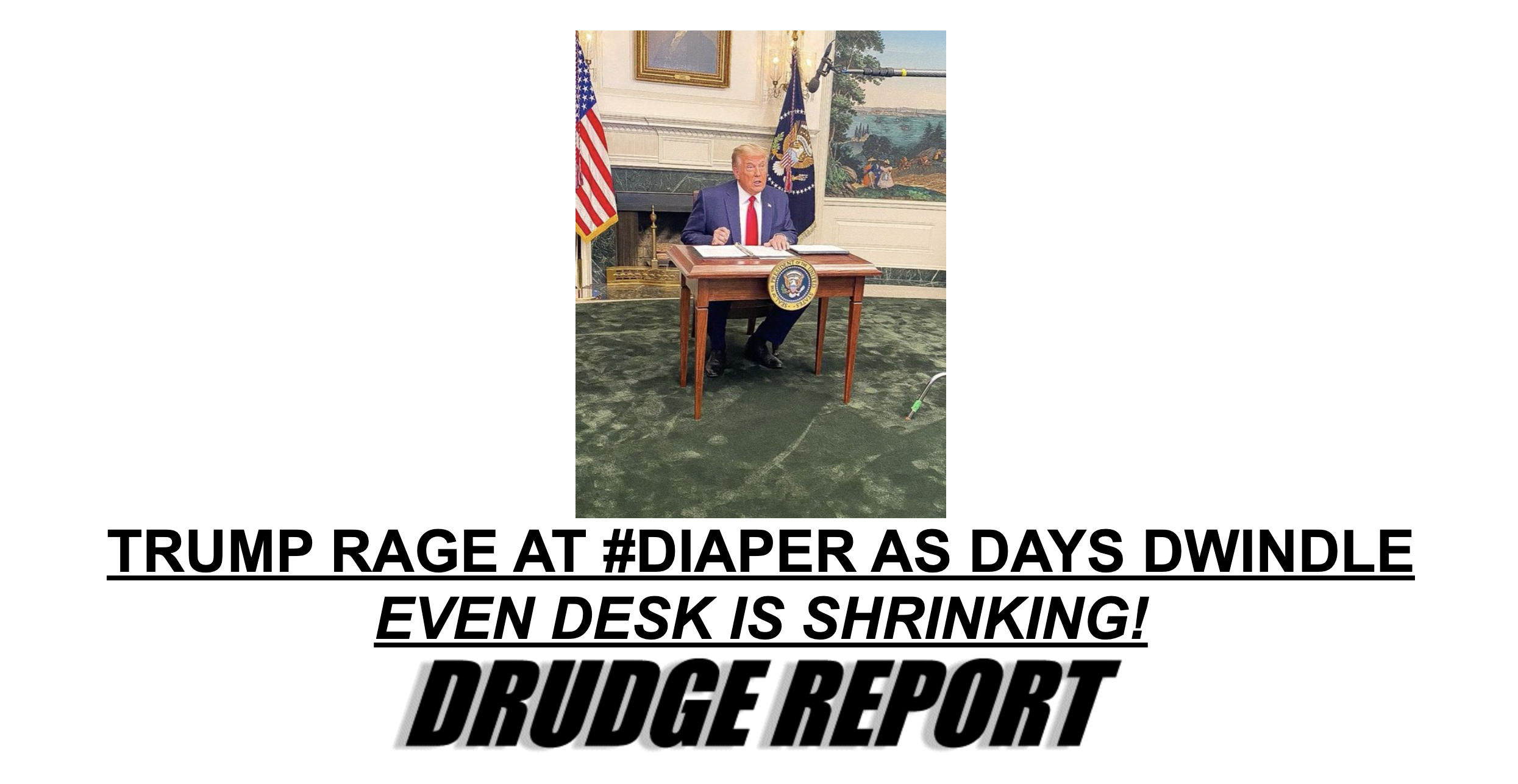 This is the Four Seasons Total Landscaping of tables. pic.twitter.com/RwYZ9zUksH

When you lose Electoral College, you go back to Electoral Preschool pic.twitter.com/wBDjwqiS7L

“TRUMP RAGE AT #DIAPER AS DAYS DWINDLE,” Drudge led his news aggregator with on Friday. “EVEN DESK IS SHRINKING!” he added.

Attorney Ken White further took a swipe at Trump on Twitter, writing, “Time’s almost up, Donnie, and then it’s pencils down,” he wrote.

Time’s almost up, Donnie, and then it’s pencils down. pic.twitter.com/r4tqIiPkjx