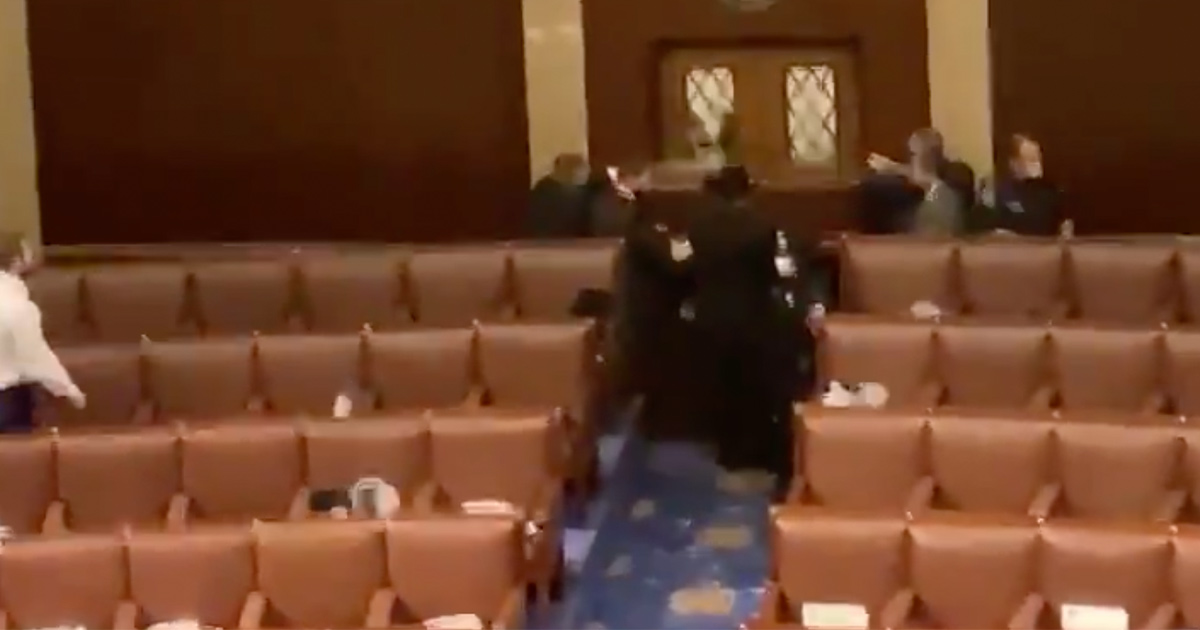 The dangerous escalation in Washington D.C. has made its way to the chamber of the United States House of Representatives.

Trump supporters have violently clashed with police and have breached the United States Capitol Building. And now they have made their way into the House chamber, where members were mere minutes ago before having to evacuate.

They are smashing the doors to the house chamber

Video from the chamber. pic.twitter.com/UKF7MScHKN

Pool reporter in House chamber says there’s an armed standoff at the House door, police officers have their guns drawn

They’re in the chamber. One is up on the dais yelling “Trump won that election!” This is insane pic.twitter.com/p6CXhBDSFT

There have been unconfirmed reports of shots fired, and there is a goddamn ARMED STANDOFF happening:

They’re shooting into the chamber. pic.twitter.com/l9owW7BAVt

There is currently “an armed standoff outside the House floor,” @mkraju reports, citing pool reporters. Alert has just gone out about a 6pm curfew in DC.

From pool reporter in the House chamber –

There’s an armed standoff at the House front the door police officers have their guns drawn at someone who is trying to reach the front door.

President Donald Trump tweeted to his supporters to “stay peaceful” but has, as of this posting, not issued any kind of condemnation for this madness.