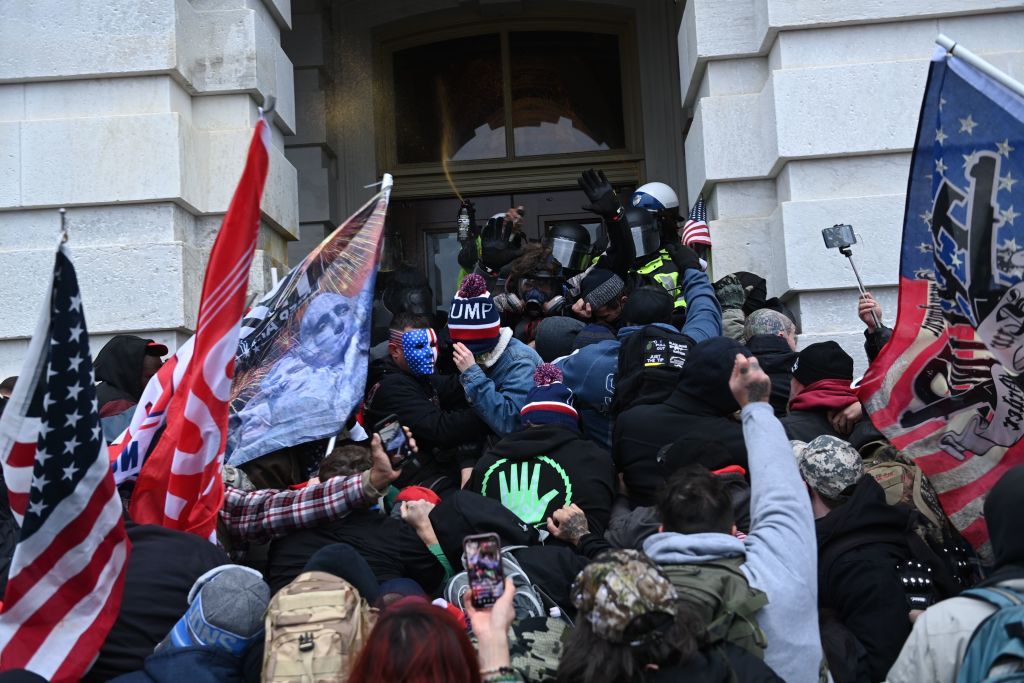 No rational person is defending the horrendous scene that unfolded at the Capitol last week, and very few are excusing President Donald Trump’s outrageous role in fanning the flames which led to the riot, followed by not doing nearly enough to put out the fire once it was ignited. There should be plenty of space, however, at least in a formerly free society, to openly debate what kind of punishment and accountability the president of the United States should suffer because of this essentially unprecedented set of circumstances.

For instance, I wrote the next morning that every legal effort should made to force Trump to leave office before Joe Biden’s inauguration, with a deal to secure his resignation the strategy with the best, though still somewhat remote, chance to make that happen. But when it comes the near universal banning of Trump from all major social media platforms, including the very same Twitter that helped get him elected in the first place, you can count me among those who have great concerns about the impact of this dramatic action on both our media, as well as what it says about where this nation, once defined by its unique unity, is quickly heading.

My perspective on this controversy comes from a rather unusual political position. Not only am I a conservative who has always loathed Trump, but I also despise Twitter (which I use FAR too much) and believe that Trump losing the superpower of instantly communicating with 88 million followers may end up being the best thing to happen to the Republican Party since about 2014.

Obviously, as a private enterprise, social media companies have the right to create their own rules on how someone can be banned from using their services, and soliciting violence is not an irrational place to draw such a line. While there are “free speech” implications to these types of decisions, there is not an obvious “First Amendment” violation involved here (though a good argument can be made that large social media companies have effectively become “public utilities,” thus greatly complicating this issue).

The biggest problem with the way these social media companies, especially Twitter, have handled their banning of the president is the arbitrary, and seemingly overtly politically-motivated, enforcement of their own rules. It seems very clear that Trump is being held to a much stricter standard than other users of the platform, including some rather notorious figures.

In my view, more leeway should have been given to Trump purely because, for better or worse, he is the president of the United States. Banning him while still in office sets a very dangerous precedent which could be used in the future for social media companies to greatly disrupt everything from a political campaign they do not support, to a war effort which they oppose.

After Trump is out of office and just a “normal” citizen, then prohibiting him from tweeting would not have been nearly as concerning, but then waiting two weeks would also not have gotten them as many “woke” points with the majority of their very liberal users. Then there is topic of Trump’s old tweets, clearly an important/bizarre part of world history, no longer being easily publicly accessible or shareable, which seems to be a needless price to pay, and one which would appears to be fairly easily rectified.

But the most concerning element of Trump’s social media ban may be what it says about where we are evolving as a society, and as a nation. In short, we are very rapidly headed towards a situation where we are no longer even remotely living in one unified nation, but rather literally different universes based upon our political beliefs (or, even more absurdly, our view of Donald Trump).

Twitter and other social media giants have now made it exceedingly clear that they view Republicans, at best, as second-class citizens and many or of them, either by choice or because they have been banned, are going elsewhere (for the record, I believe banning Trump will end up being as a poor an economic decision for Twitter, like if Star Wars had gotten rid of Darth Vader after the first episode proved a hit). Now, in an act so Orwellian that even 1984 could not have envisioned it, their alternative destination, Parler, has been essentially kicked off the Internet by yet another super-woke “Big Tech” giant, Amazon.

I have been predicting for years that the massive fragmentation of our media would eventually cause the United States of America to break apart, at least figuratively (way back in 2005, I even wrote a book largely on this subject). Ironically, Twitter has been an extremely negative force in this regard because it is specifically designed to create “information bubbles” so that each user is far more likely to receive information they agree with, while hardly ever voluntarily being exposed to a differing perspective, but these most recent developments have now super-charged this phenomenon.

While Donald Trump clearly lost the election, he had more Americans vote for him to be reelected than any incumbent president in our history. He is obviously not some fringe character we can pretend is only supported by overtly crazy people.

When at least 46% of our nation just voted for a president who is now no longer even allowed to fully participate in the public dialogue, and they understandably feel that they need to even further isolate themselves from what currently passes for the “national dialogue,” we are no longer even a marginally “united” nation. Forget about ever being on the same page, we are no longer even reading from the same book, and are living in at least two different realities that have almost nothing in common with one another.

The foundation of our union will very soon be eroded to the point where circumstances could cause it to finally crumble in ways we never thought imaginable. After what has happened over the last week, and looks like could easily occur in the next one, all within a pandemic which has greatly divided the way we are governed, it is unfortunately no longer a question of if this will happen, but when.