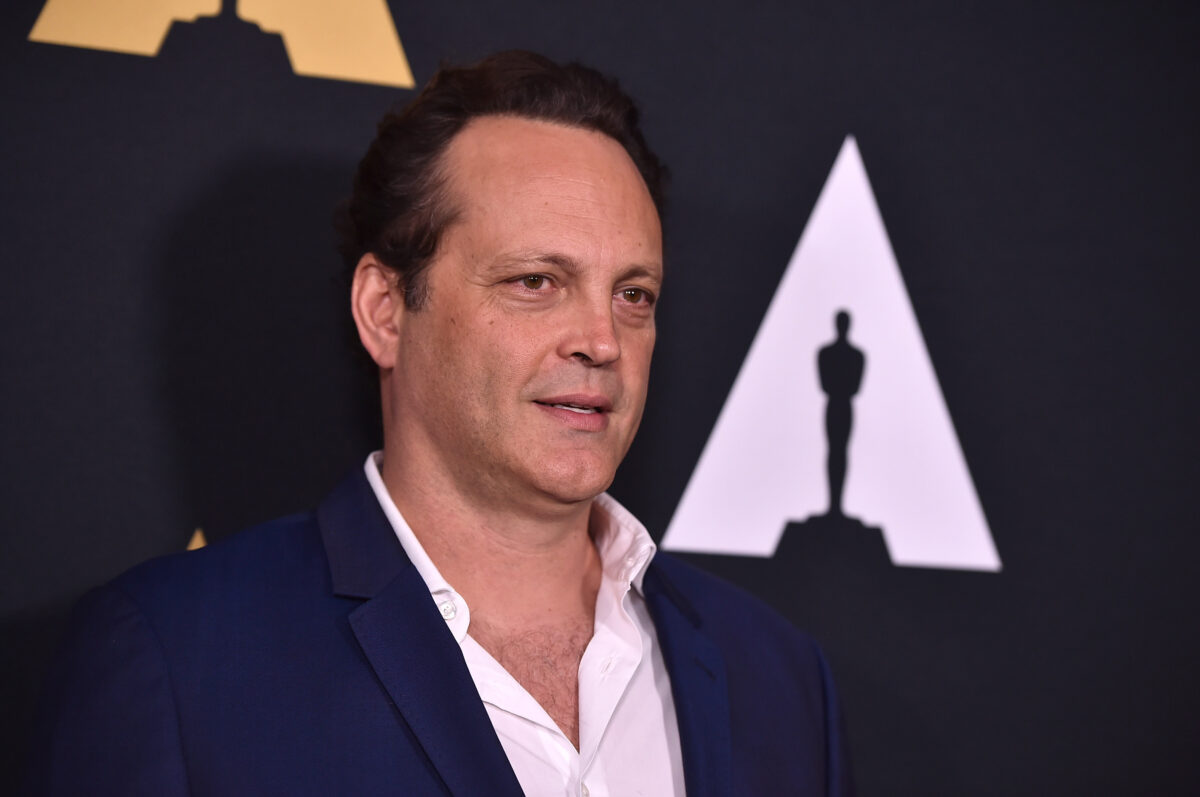 In a new interview, Vince Vaughn opened up about his political beliefs and dismissed the rumor that he’s a supporter of President Donald Trump.

In January, the Wedding Crashers star received backlash over a viral video showing him chatting and shaking hands with Trump at a college football national championship game in New Orleans.

Many people assumed Vaughn is a supporter of the president, but the actor refuted the idea in an interview with the Los Angeles Times.

“In my career I’ve met a lot of politicians who I’ve always been cordial to; I’ve met Nancy Pelosi and was cordial to her as well,” said the actor, adding that he greeted Democratic strategist James Carville at the same football game where he met Trump. “It was the only time I’ve ever met him. We said hello. He was very personable. I didn’t get into policies.”

“I think people are more charged than ever about these things,” he continued. “But I don’t think most people take that stuff as seriously as the small percentage that’s making noise about it.”

Vaughn went on to say he was “raised with the idea that you could have different likes and beliefs and you should respect and defend that in other people, not shout it down. The people you disagree with the most, you should stand up for their right to do that.”

As for supporting Trump, Vaughn revealed that the “only candidate” he’s ever backed is former Libertarian presidential nominee Ron Paul. “I don’t have a party that I support and endorse,” he added. “In fact, for me sometimes it’s difficult to find a candidate that you feel is philosophically consistent and not just going along with whoever is funding their particular party.”

As we noted back in January, White House deputy press secretary Hogan Gidley said on Fox & Friends that Democrats are more upset with Vaughn for shaking Trump’s hand than they are at Iran Quds Force commander Qasem Soleimani for killing American citizens.

During a separate Fox & Friends segment in January, the co-hosts mocked the liberal outrage over the hand-shaking incident.

Also in his interview, Vaughn spoke about his new movie, the horror-comedy Freaky, and the trajectory of his career. Freaky is an R-rated, gender-bending riff on Freaky Friday, which centers on a high school girl who switches bodies with a serial killer, played by Vaughn.

The actor, who’s been more drawn to dramas over the past few years, admitted that the project “scared” him at first. “But I felt like, ‘Well, that’s probably good,’” he said. “I’d sort of been wanting to do stuff where I feel a little like your feet can’t touch the bottom.”

Despite stepping back from comedy as of late, Vaughn noted that he’ll “do comedies again,” adding, “But I think I do better when I’m excited or challenging myself than when I’m trying to read the tea leaves of where the market is going. I don’t really have that skill set.” One potential project, according to the LA Times, is a sequel to Wedding Crashers.