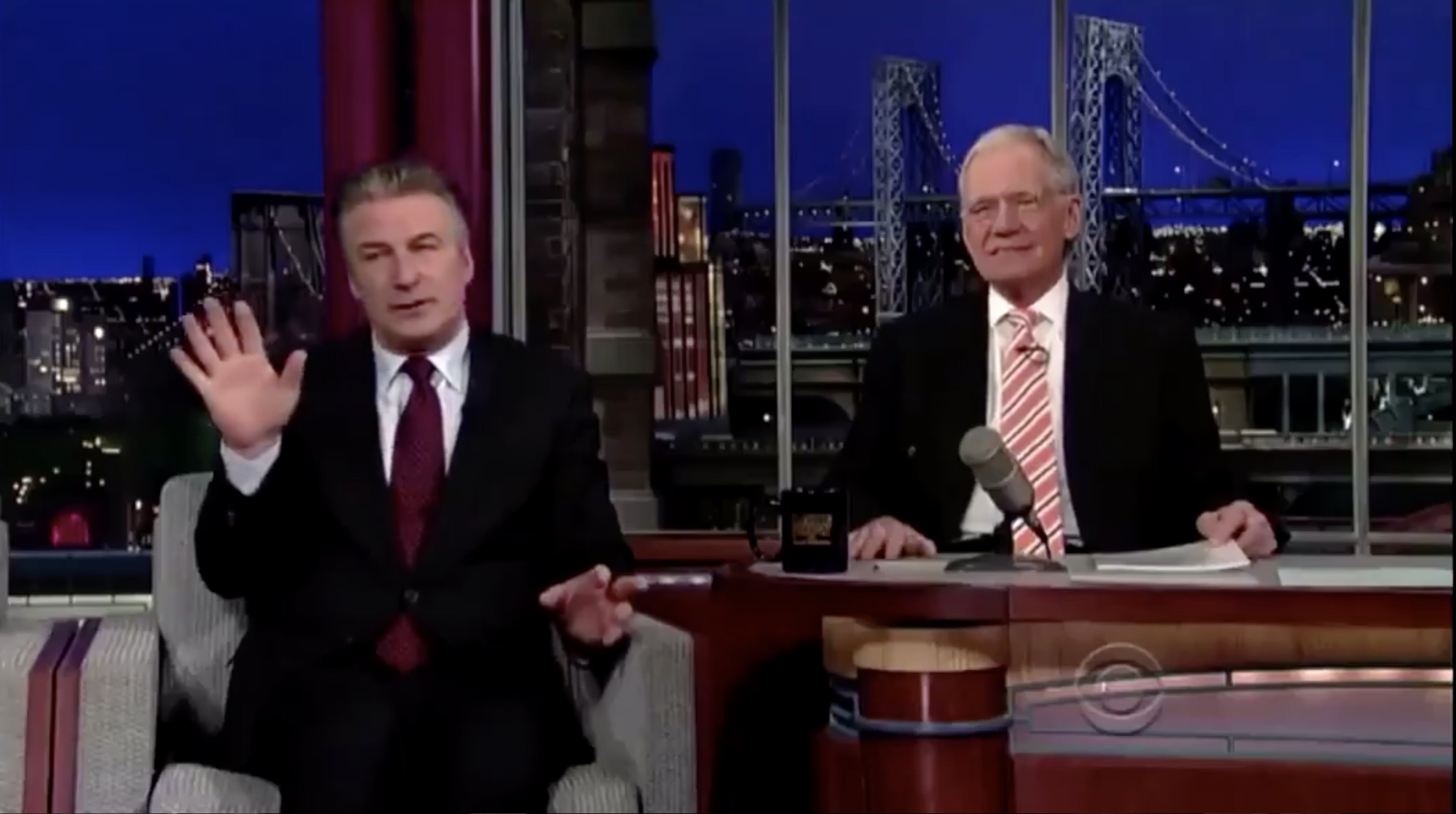 In a video that resurfaced amid the Hilaria Baldwin ethnicity scandal, Alec Baldwin is shown impersonating a Spanish accent while mimicking his wife, claiming, “My wife is from Spain,” while on a 2013 episode of David Letterman’s late-night talk show.

Hilaria has been under fire this week after a Twitter user revealed that she is from Boston, and not from Spain, despite the accent she’s been using for years and claims made by both Hilaria and Alec that her family is from the European country.

Hilaria addressed the scandal in a New York Times article published Wednesday, during which she insisted that she has never claimed to be from anywhere other than Massachusetts.

“I was born in Boston. I spent time in Boston and in Spain. My family now lives in Spain. I moved to New York when I was 19 years old and I have lived here ever since,” she told the Times, defending claims she made during an episode of the #MomTruths podcast.

During the episode, Hilaria told hosts Catherine Belknap and Natalie Telfer that she moved to New York City at 19, which is likely true, but things got a little more suspicious once she was asked where she moved from.

“From — my family lives in Spain,” she said — technically not a lie, yet not quite honest either, as she stealthily avoided answering the initial question.

Hilaria insisted throughout the Times interview that she has been nothing but truthful about her identity, blaming others for making assumptions about her life that she never confirmed herself.

Yup, she essentially claimed it’s everyone else’s fault for assuming somebody who said they have family roots in Spain and uses a Spanish accent is from Spain — as opposed to Massachusetts.

When it comes to her husband, Hilaria told the Times that she immediately told Alec that she was from Boston.

If that’s truly the case, why did Alec tell Letterman that his wife is from Spain while on The Late Show in 2013? And if they’re both simply “speaking colloquially,” which Hilaria alleged, why did Alec insist he wasn’t being racist after using a thick Spanish accent to imitate his Massachusetts-born wife?

If “the first thing” Hilaria Baldwin told Alec Baldwin is that she’s from Boston, then this is really too cringe 😬🤣 pic.twitter.com/U21rJCsMxY

In a clip dug up by Twitter user @bennylen, Alec is shown light-heartedly mocking his wife’s conversation with her hairdresser. “My wife is from Spain,” he added, clarifying his use of a Spanish accent.

“I don’t mean to be racist when I put that accent on, by the way,” Alec said, met with applause from both the host and the live audience.