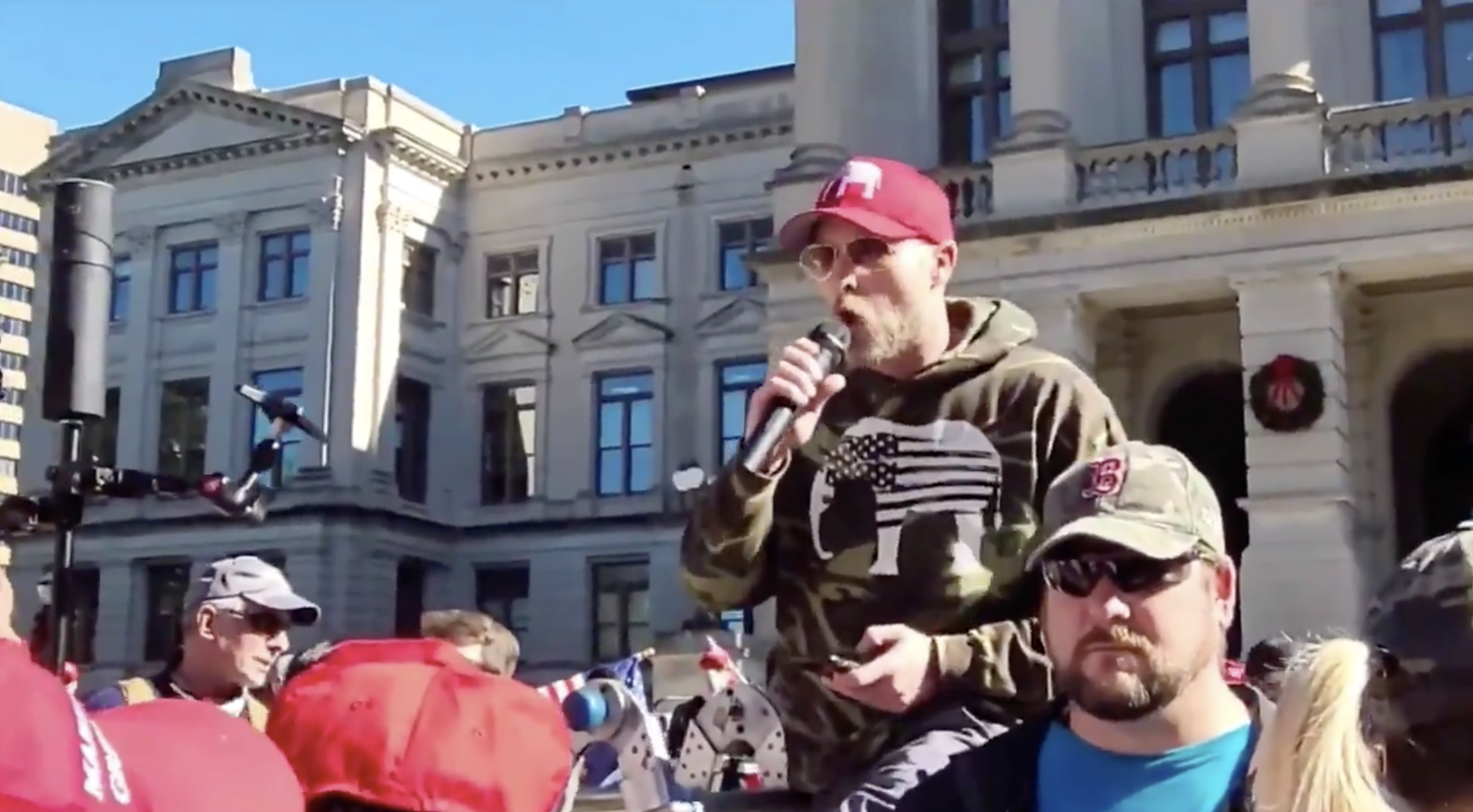 Alt-right Youtuber Vincent James declared, in a video posted to Twitter on Saturday, that GOP Governor Brian Kemp is a “traitor” over failing to speak up about alleged widespread voter fraud in his state.

James, alongside fellow white nationalist “groypers” lead by “Unite The Right” neo-Nazi rally attendee Nick Fuentes, have been in Georgia since Thursday protesting the election results – which were certified on Friday night.

So naturally, now on Saturday, the group of “groypers” are just yelling at the governor around the state’s capitol building.

“If the Republican establishment stands back and stands by and allows the steal to go through, we will do whatever it takes to completely destroy the Republican Party forever,” James continued.

James, who runs a far-right YouTube channel, “Red Elephants,” has joined forces with Fuentes’ white nationalist “groypers” most recently in Washington, D.C., and now Georgia where the “Groyper Army” has railed against other conservative figures and legislators such as Congressman Dan Crenshaw and Charlie Kirk.

In D.C. this past weekend, the “groypers” began chanting, “F*ck Charlie Kirk.”