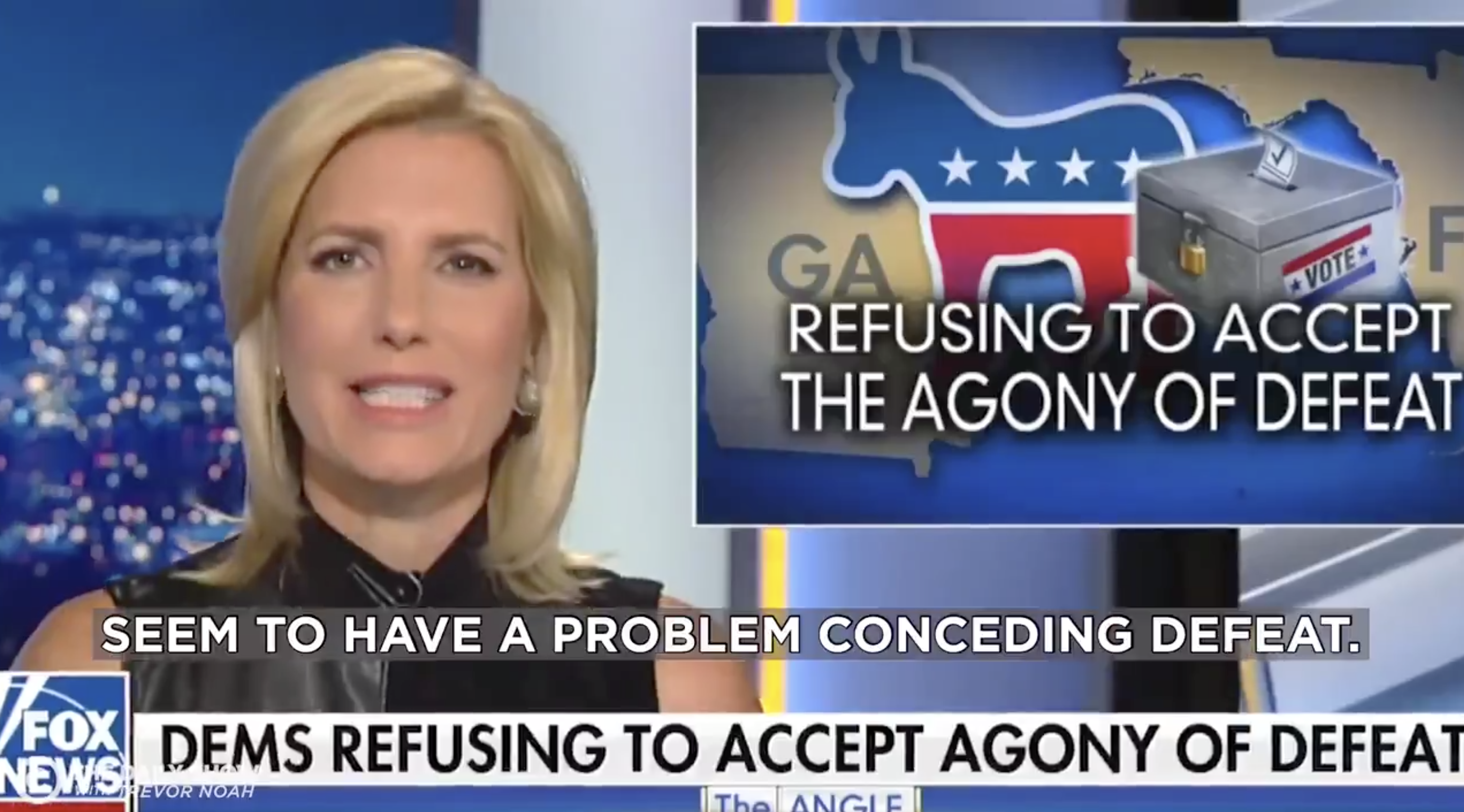 Screenshot via The Daily Show

Thermonuclear hypocrisy — that’s the takeaway about Fox News after Comedy Central’s The Daily Show released a brutal supercut video from 2018 that shows those high-profile hosts from that networks slamming Democrats for not conceding quickly enough.

“Democrats are being sore losers, they refuse to acknowledge they lost the election, so what do they do? They cry malfeasance, wrongdoing, criminality, fraud,” McEnany said two years ago, echoing almost word from word the unfounded claims Trump surrogates are making now.

“Democrats more so then Republicans, seem to have conceding defeat,” Fox News host Laura Ingraham matter-of-factly declared two years ago. “Either the election system broke down, or some mystery voters are hiding somewhere.”

“You have a whole series of Democrats who’ve just said bluntly, ‘If our candidate doesn’t win, they stole the election,’” Former House Speaker Newt Gingrich proclaimed. Last week, the Georgia Republican called for jailing election officials who he baselessly implicated in voter fraud.

“The Democrats are refusing to accept the declared results of the national media, so how do they do this? Lo and behold, they find missing ballots,” Fox News host Jeanine Pirro said back then, presaging the very same conspiracy theories Republicans are now pushing.

“The radical left is attacking the sanctity of our votes,” warned Fox Business host Lou Dobbs, who, two years later, claimed “many” people are trying to “steal the 2020 election.

“Ramping up election conspiracy theories, accusing Republicans of outright stealing the election. Kinda rich. Ya know what sounds sore loser-ish,” primetime Fox News host Sean Hannity stated, at the end of the video. Hannity, last Thursday, not satisfied with the direction of the vote count, had suggested Pennsylvania simply have a “do over” election with the hope of changing the result.

Watch above, via The Daily Show.