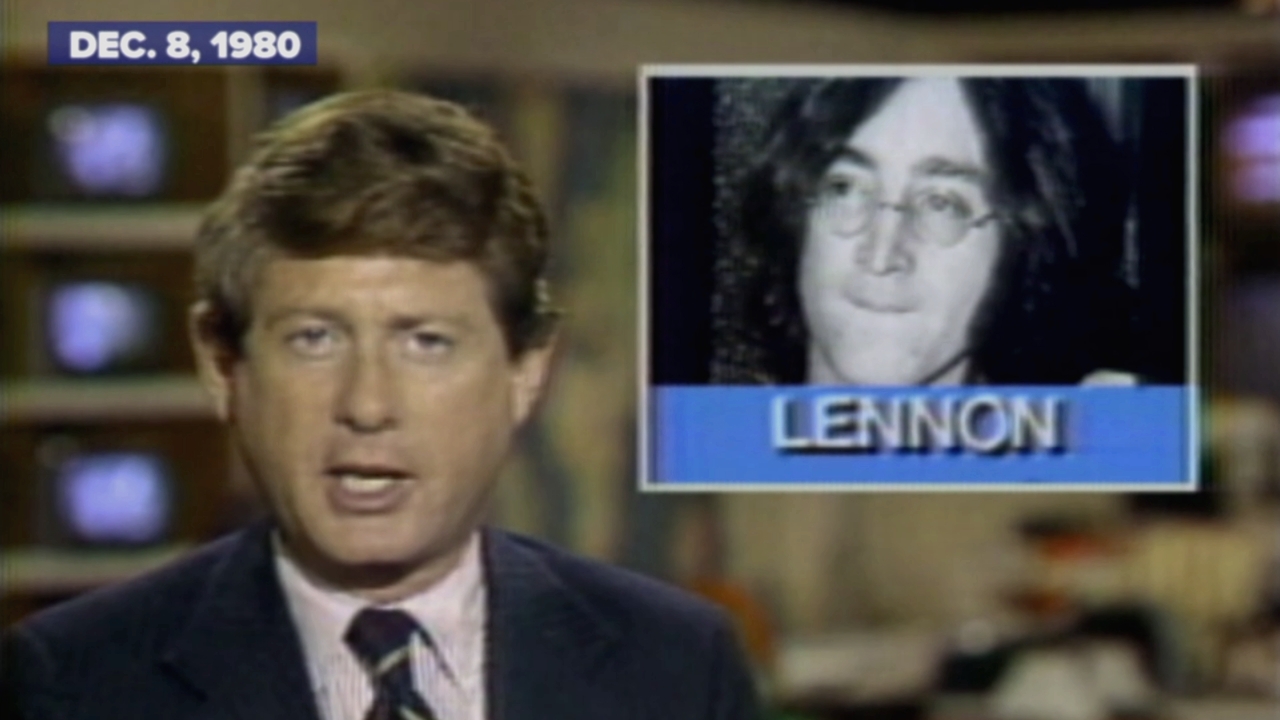 40 years ago today, December 8, music legend and former Beatle John Lennon was shot and killed by deranged fan Mark David Chapman outside of his New York City apartment. Lennon was only 40 years old when he was assassinated.

Here’s how the media covered the breaking news of Lennon’s murder:

Howard Cosell, an ABC sports journalist, broke the news on-air while commentating for a Monday Night Football game between the Patriots and Dolphins.

On the night of Lennon’s death, an WABC-TV producer named Alan Weiss had gotten into a motorcycle accident and found himself at the same hospital as the former Beatle, where he was able to get the scoop before any other networks.

“An unspeakable tragedy, confirmed to us by ABC News in New York City. John Lennon, outside of his apartment building on the West Side of New York City, the most famous, perhaps, of all of the Beatles, shot twice in the back, rushed to Roosevelt Hospital. Dead on arrival,” Cossell announced. “Hard to go back to the game after that news flash, which in duty bound we had to tell you.”

While ABC reported the news first on television, Steve North, a former director for Long Island radio station WLIR, announced the news live on the radio. He wrote about the memory 40 years later (today) for The Daily Beast.

While ABC broke the news live by happenstance, the network also reported on Lennon’s death during a typical newscast, giving viewers more details on the incident.

“He was rushed to New York’s Roosevelt Hospital, but died a few minutes later,” said anchor Ted Koppel. “Police have a suspect in custody.”

Koppel also reported that Chapman said Lennon’s name before shooting him at least five times in front of The Dakota, a famed Upper West Side apartment building.

NBC News reported on the news the following morning, showing footage of the vigil outside of Lennon’s apartment, where crowds of New Yorkers, including former Beatle Ringo Starr, paid tribute to the icon.

NBC News also flashed a “special report” on the night of Lennon’s death, during which a voice-over announced the news during an interruption of The Tonight Show Starring Johnny Carson.

While anchoring the Today Show, Tom Brokaw and Jane Pauley dedicated the entirety of the show to Lennon’s death, showing clips of distraught fans mourning the star.

CBS Evening News’ Walter Cronkite noted that Lennon’s shooting was heard all around the world, as fans from every nation mourned the star.

Reporter Steve Young showed viewers clips from outside of the Dakota, where massive crowds congregted, before showing an interview of a fan claiming he saw a limp Lennon being carried away by cops as blood poured out of his mouth.

CBS also included a police report confirming that Chapman had been arrested and charged with second degree murder.