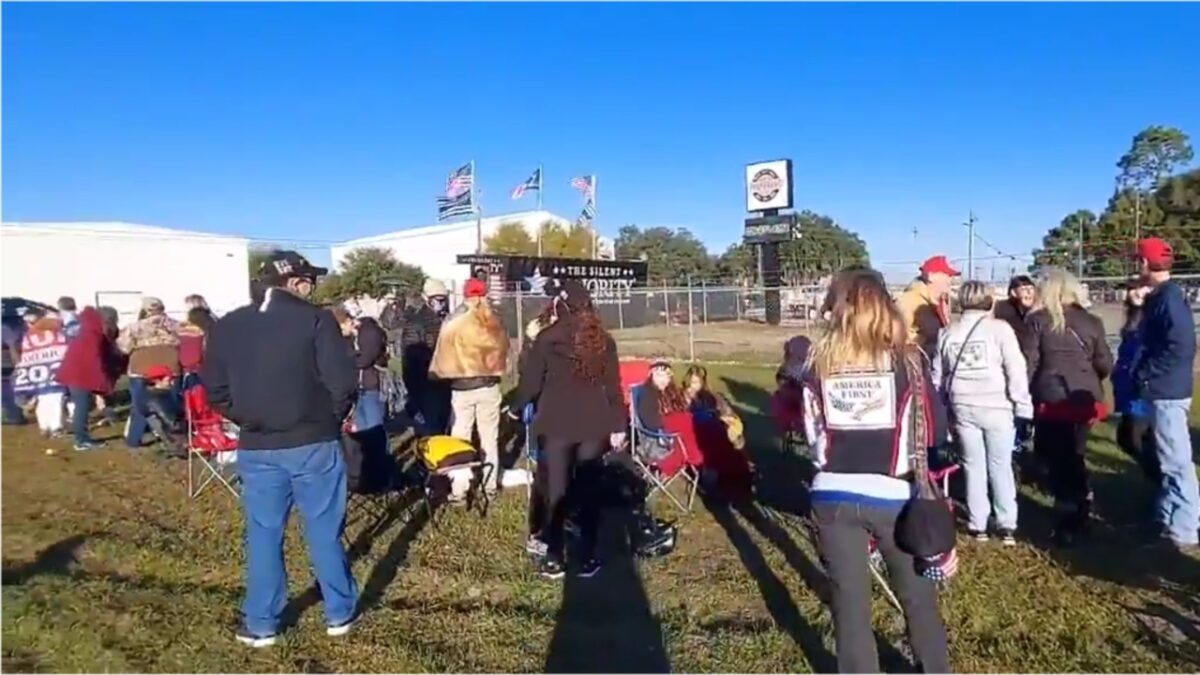 President Donald Trump is scheduled to hold a rally at 7 pm on Saturday, but throngs of maskless supporters are already huddled together in line for the event — and many of them camped out overnight.

Trump will rally in Valdosta, Georgia to support the candidacies of Republican Senators David Perdue and Kelly Loeffler, who face serious challenges from Democrats Jon Ossoff and Rev. Raphael Warnock in the Jan. 5 runoff election.

And even as deaths from coronavirus set new records in the U.S., videos posted to social media show maskless Trump fans are already congregating outside the rally site.

And on Saturday morning, he posted video of the vendors setting up for the event, as well as the growing, maskless line. He reported that the temperature this morning was a chilly 38 degrees.

Just after 7 am at the Trump rally line, about 38 degrees here in Georgia this morning as the first in line are waking up from the overnight campout #TrumpRally #Trump2020 #Georgia pic.twitter.com/00csQkL1XJ

Vendors are setting up along the road with Trump 2020 merchandise outside of Valdosta Regional Airport in Georgia #TrumpRally #Trump2020 #Georgia pic.twitter.com/B3NcNWZiSH

Another video from a supporter offers a close-up view of the congregants, most of whom are maskless and well within 6 feet of each other.

The confirmed death toll from COVID-19 is approaching 300,000, with daily deaths routinely exceeding 2,500.