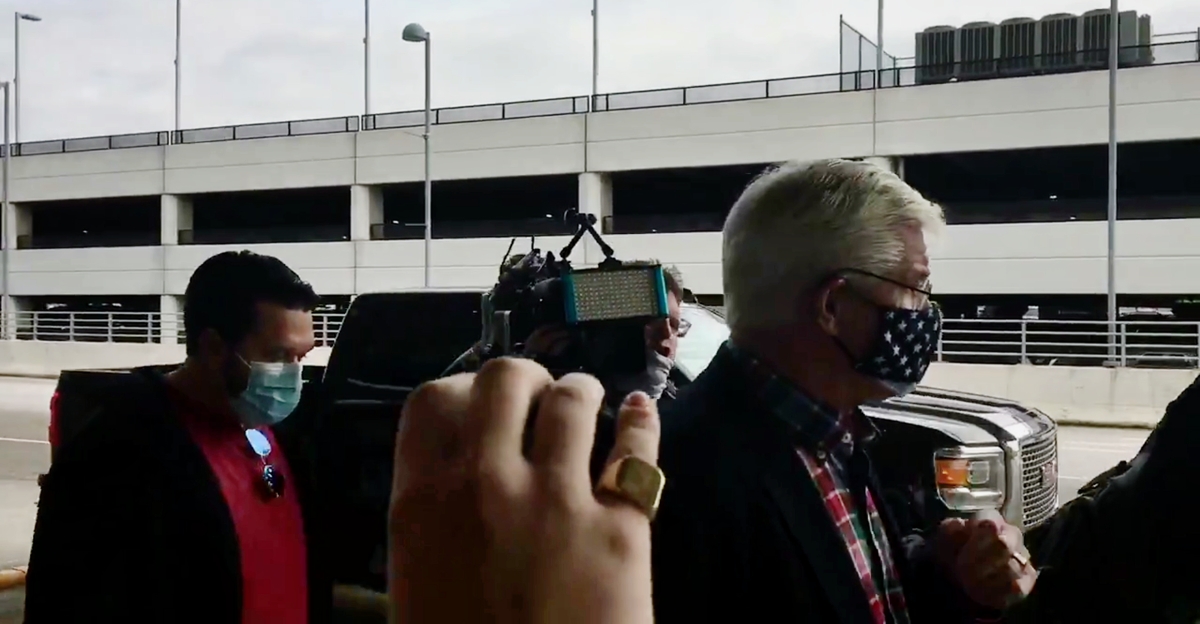 Michigan Senate Majority Leader Mike Shirkey was pressed with questions about his controversial meeting in the White House with President Donald Trump — which also included Michigan Speaker of the House Lee Chatfield, on Saturday afternoon upon his return trip back to his home state.

Notably, after they met with Trump Friday, the duo put out their own statements, which indicated they wouldn’t get involved in overturning the state of Michigan results in the 2020 election — which went blue for President-elect Joe Biden.

Yet, on Saturday morning, Trump via Twitter appeared to assert that the Michigan legislators remained open to proof of widespread voter fraud, which Trump falsely claims exists.

Shirkey, when asked by reporters about his visit to the White House on Saturday, didn’t respond with words. Instead, he sang gospel hymns.

Senate Majority Leader Mike Shirkey did not answer questions after returning to Metro Airport from his DC meeting with President Trump — but the senator did offer reporters a few strains of a religious hymn. pic.twitter.com/rSg7P92tP3

Back from meeting Trump in DC, MI Senate Majority Leader Shirkey sings a gospel Christian song ‘He Touched Me’ at Detroit Metro Airport: “Then the hand of Jesus touched me, And I am no longer the same. He touched me, Oh he touched me, And oh the joy…” pic.twitter.com/YSatZP0UnJ

As he left Metro Airport after meeting with President Trump, Republican Senate majority leader Mike Shirkey was asked if he had anything to say to the voters of Michigan. His reply: pic.twitter.com/Uhp7BcEHCL

While Shirkey and Chatfield might not have pledged to get involved in overturning the 2020 election in their home state of Michigan, the duo did enjoy drinks at the Trump Hotel on Friday night following their controversial meeting.