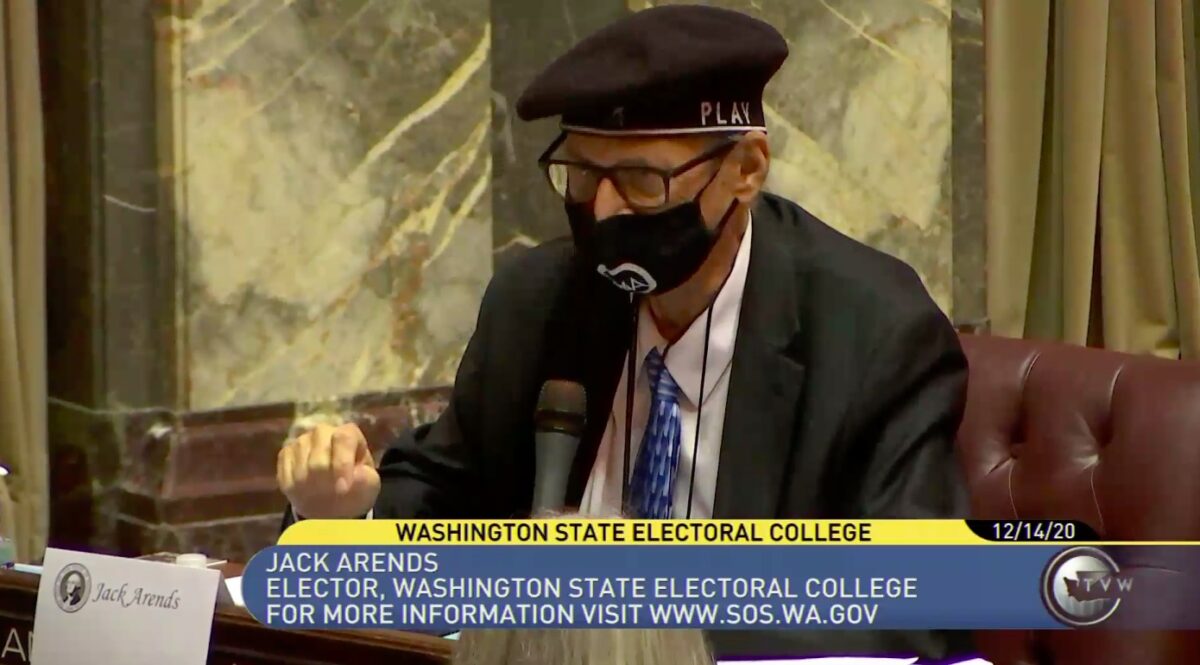 Washington state elector Jack Arends grew emotional during remarks casting his vote for President-elect Joe Biden and Vice President-elect Kamala Harris, revealing that he has a terminal illness and was happy to play a small role in unseating “petty dictator” President Donald Trump.

As the vote progressed in the Washington state senate chambers in Olympia, Arends, one of the state’s 11 electors, was recognized by the presiding officer. After thanking various state officials, he began a short speech that culminated with his being overcome by the moment.

“I have noted through this time that the Electoral College is not great, but it is the system we have in place,” Arends noted. “Knowing that, I was set on being a faithful elector. So I cast my ballot today for Jospeh Biden and Kamala Harris.”

As he got to the incoming vice president’s name, Arends’ voice began to crack.

“I did so enthusiastically, of my own choice,” he then added, jabbing at the table. “I did not need a law to tell me I had to do it.”

“Today was the chance to begin the end of the Trump administration,” he continued, his voice quavering. “I was glad to do my duty and rid our nation of a petty dictator. Had he won a second term, there is no limit to the damage he could’ve done to the world.”

Arends then revealed that his health is failing, and implied he might not have long to live.

“In November, I was told there was no more medical treatment that can help me, so it was important for me to do this one thing that I could do, while I still can,” Arends explained.

“Again, thank you, and God bless our great country,” he then said, dropping the microphone and collapsing his head down on the table as he could be heard quietly sobbing.

The chamber erupted in cheers.
Watch the video below, via TV Washington (relevant portion begins at the 31:14 mark).