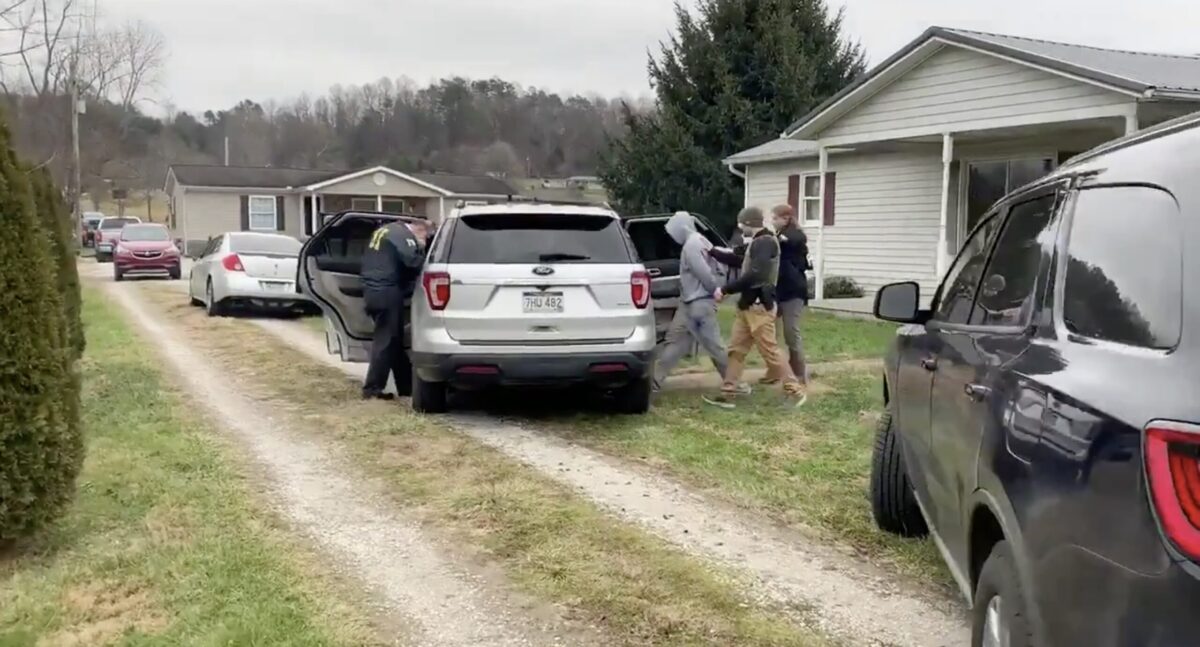 Derrick Evans, a Republican member of the West Virginia House of Delegates, has been arrested for entering a restricted area of the United States Capitol with the mob of violent pro-Trump rioters, the Justice Department announced Friday.

Evans had filmed himself and others going into the Capitol on Wednesday, prompting several Republicans and Democrats to call for his removal from from the legislature.

His lawyer, John Bryan, claimed Thursday night that Evans “committed no criminal act that day,” and that he has no plans to resign from office.

Ken Kohl, a top deputy federal prosecutor in Washington, then announced the charge against Evans on a Friday call, during which he listed new charges against members of the mob that breached the Capitol.

Chad Hedrick, a reporter for NBC affiliate WSAZ, filmed the arrest and posted it to Twitter:

He’s charged after allegedly entering a restricted area of the US Capitol with rioters Wednesday.

A woman saying he was his grandmother came out telling us to leave as he was put in a car. #WSAZ pic.twitter.com/wK2RqFcaF7

Evans can be seen rushing into the Capitol building in his now-deleted video, chanting “we’re

A cell phone recording of a portion of now-deleted video. “We’re in! We’re in! Derrick Evans is in the Capitol!” https://t.co/IKQzeLoVFf pic.twitter.com/pacZiVN0Cp