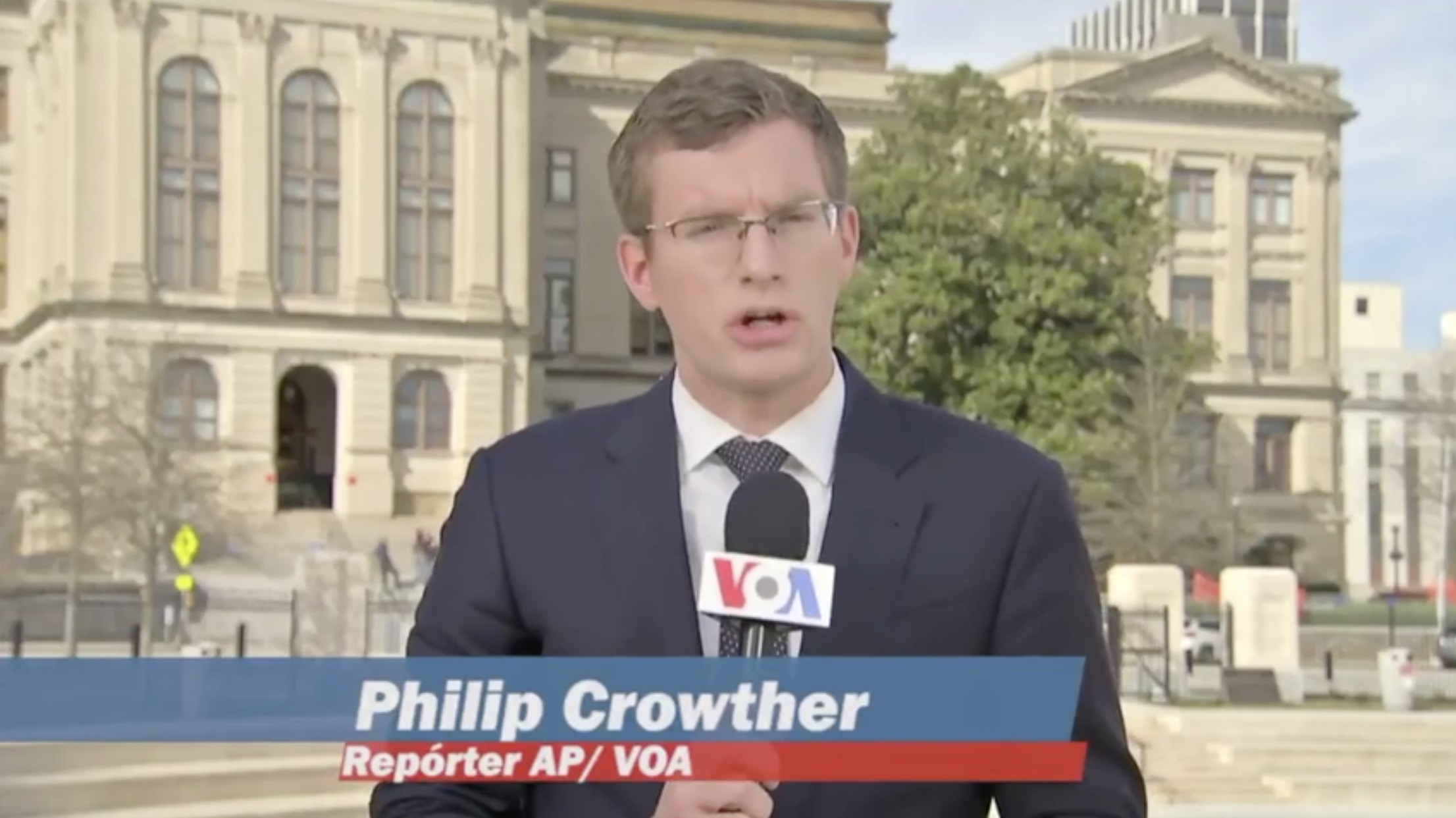 Philip Crowther, the White House correspondent for France 24 and a Washington correspondent for Radio France Internationale, went viral for an impressive video that shows him reporting on the U.S. election in six different languages.

Crowther, who also works as an international affiliate reporter for the Associated Press GMS, which provides broadcast facilities and editorial support to networks, took to Twitter to share a video of his combined reporting:

From Dalton to Washington, here’s my coverage for @AP_GMS of last week’s events in French, English, Spanish, Portuguese, German, and Luxembourgish, in that order. pic.twitter.com/P6FGnbcRkr

“Philip, why you gotta make us look bad?” The Wall Street Journal’s Sabrina Siddiqui responded, while BBC producer and reporter Charlie Haynes wrote, “This is SUCH a flex, reporting fluently in 6 different languages. I dream of being this talented.”

The clip, which was additionally posted to Reddit last week, is now trending on the site’s homepage, as people are both shocked and impressed by the correspondent’s multilingual reporting.

“This could very well, here in Dalton, in Northern Georgia, be the very last rally for Donald Trump as president of the United States,” Crowther says in English before a video shows him reporting in Spanish for Voice of America

“Los funcionarios me dicen que procesos se ha llevado acabó sin irregularidades,” he says in Spanish, which translates to, “Officials tell me that processes have been carried out without irregularities.”

In addition to Spanish and English, the video shows the correspondent reporting on the U.S. election in French, Portuguese, German, and Luxembourgish.

Crowther’s website lists him as a native English, German, and Luxembourgish with bilingual proficiency in French and Spanish, and professional working proficiency in Portuguese.