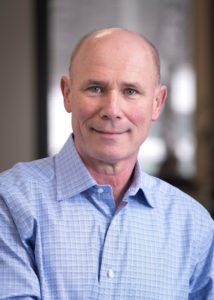 Contributed by Mike Malatesta, an entrepreneur, author, investor and podcast host who was a recent guest on the EO 360 podcast with host Dave Will.

Self is a misunderstood word. Not because it’s particularly challenging to define. It’s not. It’s just a way to designate one person as an individual, apart from anyone else. It’s what goes along with self that can get tricky. The hyphenated attachments and second syllables. Along with the feelings that accompany them.

We react positively to some self’s while we vilify others. For example, self-motivated, self-assured and, of course, selfless are attributes we universally admire. These are self-attracting self-words. We love introductions, performance reviews and eulogies that recognize selflessness. How we always put others first. Selfless people care what others think about them. We want to follow and be around these people.

And then there’s the bad self’s―the ones we don’t admire. The self-absorbed, self-obsessed, self-centered and selfish self’s. These are the people we follow or keep around because we feel obligated, right? The boss or family member we can’t avoid. The people that don’t care what you think about them. Who wants to be one of those? No thanks.

My preference is always to be liked. I want to be on the good side of the “self” ledger. Sure, I’ve towed the “I don’t care if you like me as long as you respect me” line once or twice (or maybe dozens of times) in my career. Saying what I thought I should, rather than what I believed. When I don’t get along with someone, I always want the reason to be about them and not me. Take that!

It turns out, though, that being a safe and selfless self often drained my energy, creativity and productivity. It also got in the way of me doing my job.

When I was modeling my “want-to-be-liked” self-behaviors, everyone else’s needs were more important than mine. Attending to those needs was the most important thing I should be doing. If I took care of them, they’d take care of me. That was my mindset. What I told myself worked. And it was mostly wrong.

Here’s why. Putting everyone else’s needs before mine turned out to be an easily executed but less-than-clever leadership flaw. It made me feel busy and useful. Like I was this great big help! The hero in my own mind. Being selfless was a mask I wore to keep from being found out. A waste of time. A goal I could never explain and always hit.

It kept me and the business stuck. It gave me something to do and something to avoid. An excuse to stop trying.

How I got unstuck

But when I looked in the mirror, I knew something wasn’t right. The truth has a way of being seen, even when you’re trying to hide from it. My job was to lead my team into the future, and I wasn’t doing it. That was the “selfless” truth staring back at me, penetrating its way through the mask.

When I could no longer avoid the truth, I decided to get selfish. I know, it sounds horrible, but there was no other option. Selfish was the path I had to take. With my ideas, my time, my focus and my attention. I needed space. To get clear about what I wanted. If I wasn’t clear about that, how could I lead the team to where we needed to go?

Benefits of being devoutly selfish

I needed to get selfish to optimize me. To be at the top of my game. With my thoughts, habits, health, influences and relationships. I needed to be as fine-tuned as I could be. If I wasn’t selfishly working on that, I knew I’d be doomed to sub-excellence. That wasn’t who I wanted to be.

Being selfish didn’t change who I was. It only changed the way I operated. Not overnight. It took time. The way all things habituated by inertia do.

I had my “I need to be selfish” epiphany years ago, and I’ve stayed devoutly selfish since. I know it sounds weird, but I’m proud of my selfishness. It made me better. I wouldn’t be where I am without it. I’d still be doing – and hoping for the best. Leading a team with skillsets just like mine. Not adding complementary and creative skills. Feeling good about my selflessness.

I wouldn’t have allowed mistakes to happen or failures to occur. I would have spent all my time trying to prevent those. Being too close. Making prevention the lesson instead of failure the education. I would have missed the teaching moments. The progress and the reward.

Try it. Take a chance on selfish … I won’t tell.