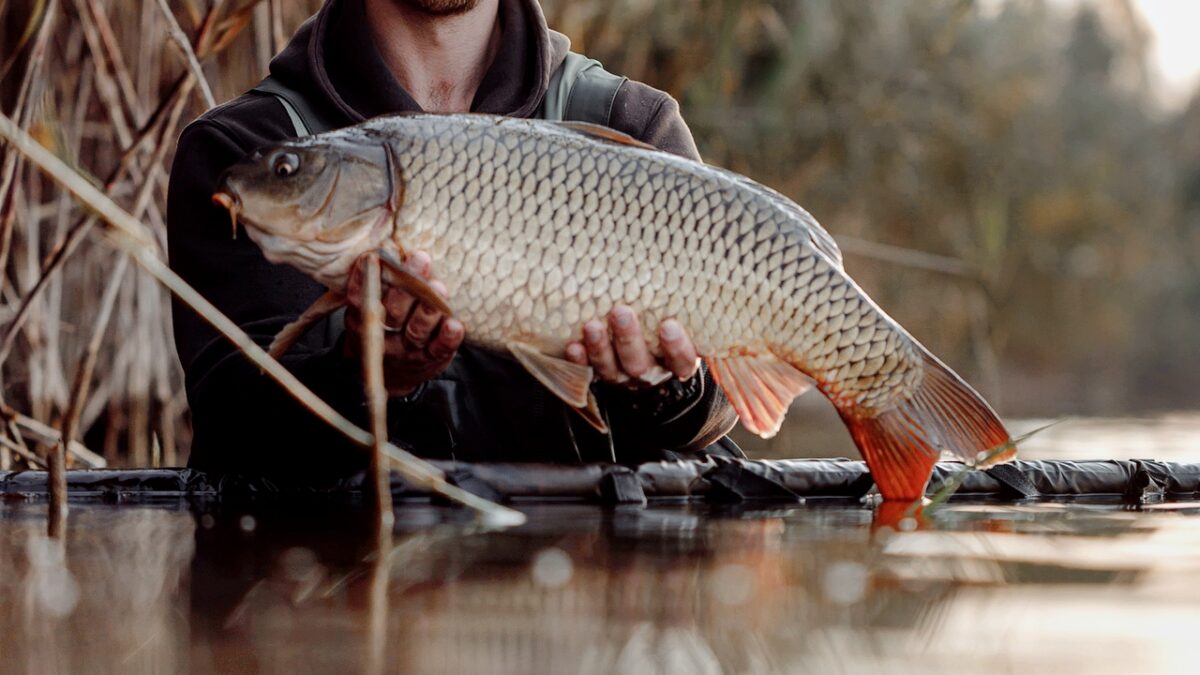 Photo by Thirdman from Pexels

Some questions are better left unanswered, but the takeover of Twitter by carp is too confounding to ignore — as evidence by the zillions of carp tweets that have flooded social media over the past 12 hours or so.

But no. What had happened was a Twitter user posted a tweet featuring a photo of a large carp and the message “carp” — along with an enticing button that said “Tweet #carp”. 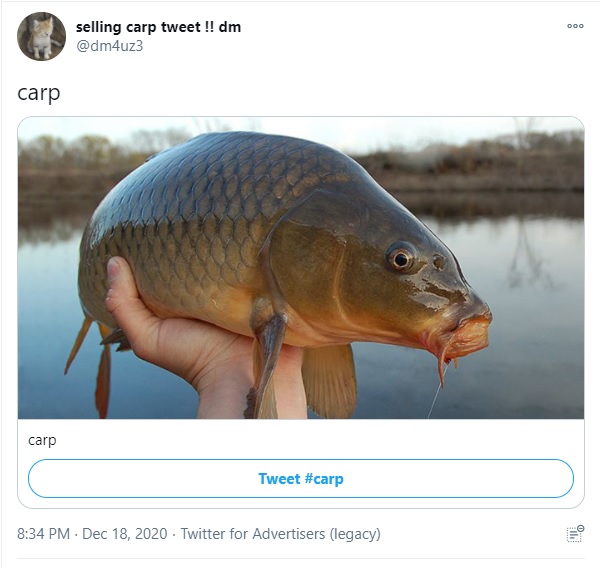 Without even knowing if that button would result in the death of some random person somewhere else in the world, people began pressing it, and discovering that it automatically created a carp-themed retweet.

About half an hour later, user dm4uz3 gave the tweet a push by promoting it:

The trend exploded, as Know Your Meme notes:

Shortly after, dm4uz3 promoted the tweet, causing a chain reaction of retweets.[3] Carp received 170k tweets in one hour.

And so the question “What’s up with this carp thing?” was born, adding to the virality of the phenomenon. It even reached the United States Senate.

Remember Carp? That was 8 months ago.

I don’t know why #carp is trending, but here are my four. L to R: Trevor, Carol, Lester and Vladimir pic.twitter.com/HhmJZQb5kg

And apparently once you do, it changes every button to a link to the wiki page, further obfuscating things

The photo appears to have been taken from a Twitter conversation several days earlier.

actually that is a carp

And that photo appears to be one taken by fishing enthusiast Tom Schlichter, and posted to his blog, appropriately enough, on April 1, 2016. It’s a harrowing first-person account of how he landed the 25 pounder on the Peconic River. Spoiler alert: the mammoth quarry was released, no worse for the wear according to Schlichter, and is now immortal.

Now let me tell you why The Mandalorian is trending…