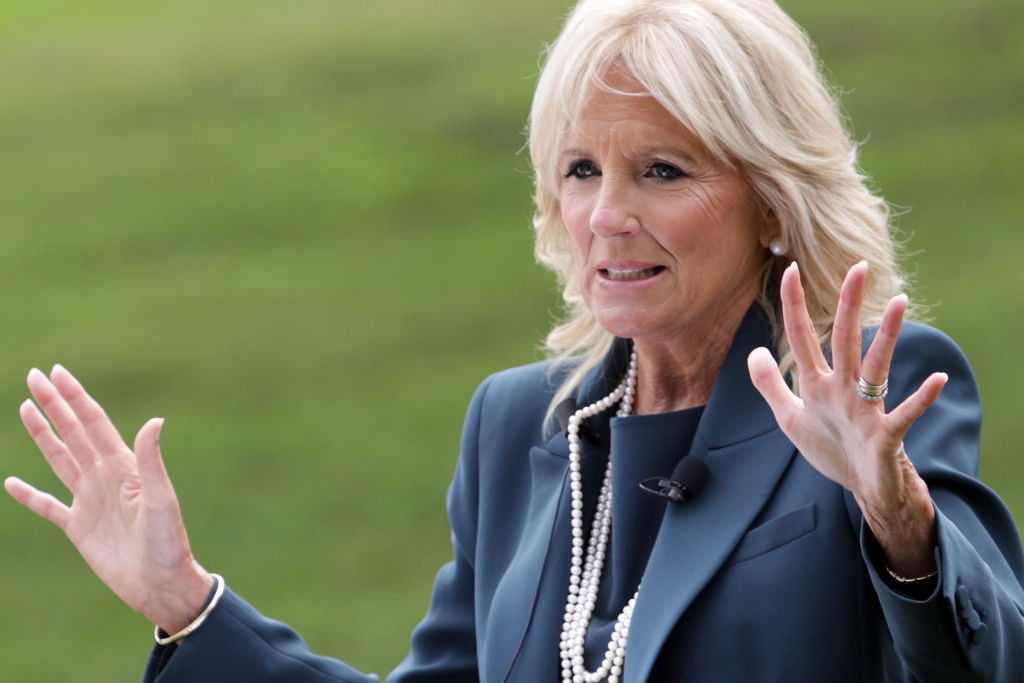 A Wall Street Journal op-ed Saturday drew swift backlash for not just criticizing soon-to-be First Lady Dr. Jill Biden for using the title denoting her doctorate, but for what many viewed as a condescending and sexist tone.

The piece, written by Joseph Epstein, is titled, “Is There a Doctor in the White House? Not if You Need an M.D.” and kicks off the insults right away.

“Madame First Lady—Mrs. Biden—Jill—kiddo,” is how Epstein began his written tirade encouraging Biden to abandon the honorific that she earned. “‘Dr. Jill Biden’ sounds and feels fraudulent, not to say a touch comic.” He also demeans her dissertation topic as having an “unpromising title;” it focused on student retention in community colleges, which is an actual real concern of many institutions of higher education.

After that inauspicious introductory paragraph, Epstein spends one paragraph denouncing his own honorary doctorate, another complaining about how fake he feels when people refer to him as “Dr.”, another bemoaning how PhDs used to be harder to earn back in the good ol’ days, three more paragraphs whining about honorary doctorates, and then urges Biden to “[f]orget the small thrill of being Dr. Jill, and settle for the larger thrill of living for the next four years in the best public housing in the world as First Lady Jill Biden.”

For the record, Biden earned her Bachelor of Arts in English from the University of Delaware in 1975. Taking classes one at at time while she herself taught classes and raised her family, she earned a Master of Education from West Chester State College 1981 and a Master of Arts in English from Villanova University in 1987, and then returned to the University of Delaware where she earned a Doctor of Education in 2007.

Unsurprisingly, Epstein’s view met with some fierce criticism, especially considering the word count he spent complaining about honorary doctorates and his own feelings of inadequacy (neither of which are Biden’s fault).

Biden’s spokesman Michael LaRosa called out the WSJ’s op-ed editor James Taranto on Twitter, saying the paper “should be embarrassed to print the disgusting and sexist attack” on Biden. “If you had any respect for women at all you would remove this repugnant display of chauvinism from your paper and apologize to her.”

.@jamestaranto, you and the @WSJ should be embarrassed to print the disgusting and sexist attack on @DrBiden running on the @WSJopinion page. If you had any respect for women at all you would remove this repugnant display of chauvinism from your paper and apologize to her.

I would love to hear any possible justification for the author’s use of “kiddo” to address Dr. Biden.

Especially annoying part of Joseph Epstein’s op-Ed is his derision of her important dissertation topic: community college retention.
(And no her first name ain’t kiddo, it’s Jill—Dr. Biden if you’re nasty.)https://t.co/UegNttTazu via @WSJ

For that alone the @WSJopinion owes Dr. Jill Biden an apology. What a disgrace! Hire a competent editor.

I am so sick of the way accomplished, educated, successful women like @DrBiden are talked about in the media by misogynistic men. BEYOND SO SICK OF IT. https://t.co/7zNJiY4SUl

Lots of dunking going on of this insane piece. But not enough attention being paid to a WSJ opinion piece aiming to be taken seriously referring to the soon-to-be First Lady as “kiddo.” https://t.co/NdT14cw0ti pic.twitter.com/o6lSl3uZxm

Even those who might have otherwise agreed with Epstein that the honorific is overused for non-medical doctors took issue with his tone and comments.

I am sorry to see a man whose writing I have very much enjoyed – Joseph Epstein – descend to this kind of crap in the @WSJ.

Especially because on his main point – about the honorific – I mostly agree with him. But this piece is cringe-inducing and dripping with resentment. /1 https://t.co/4SI0MkAyBB

The soon-to-be Second Gentleman, Vice President-elect Kamala Harris’ husband Doug Emhoff, also came to Biden’s defense, agreeing with many others who said that piece “would never have been written about a man.”

Dr. Biden earned her degrees through hard work and pure grit. She is an inspiration to me, to her students, and to Americans across this country. This story would never have been written about a man. pic.twitter.com/mverJiOsxC

Want to say no to sexists and yes to raising funds for the community college foundation where @DrBiden teaches? Well, you’re in luck: https://t.co/Bknb8edqat