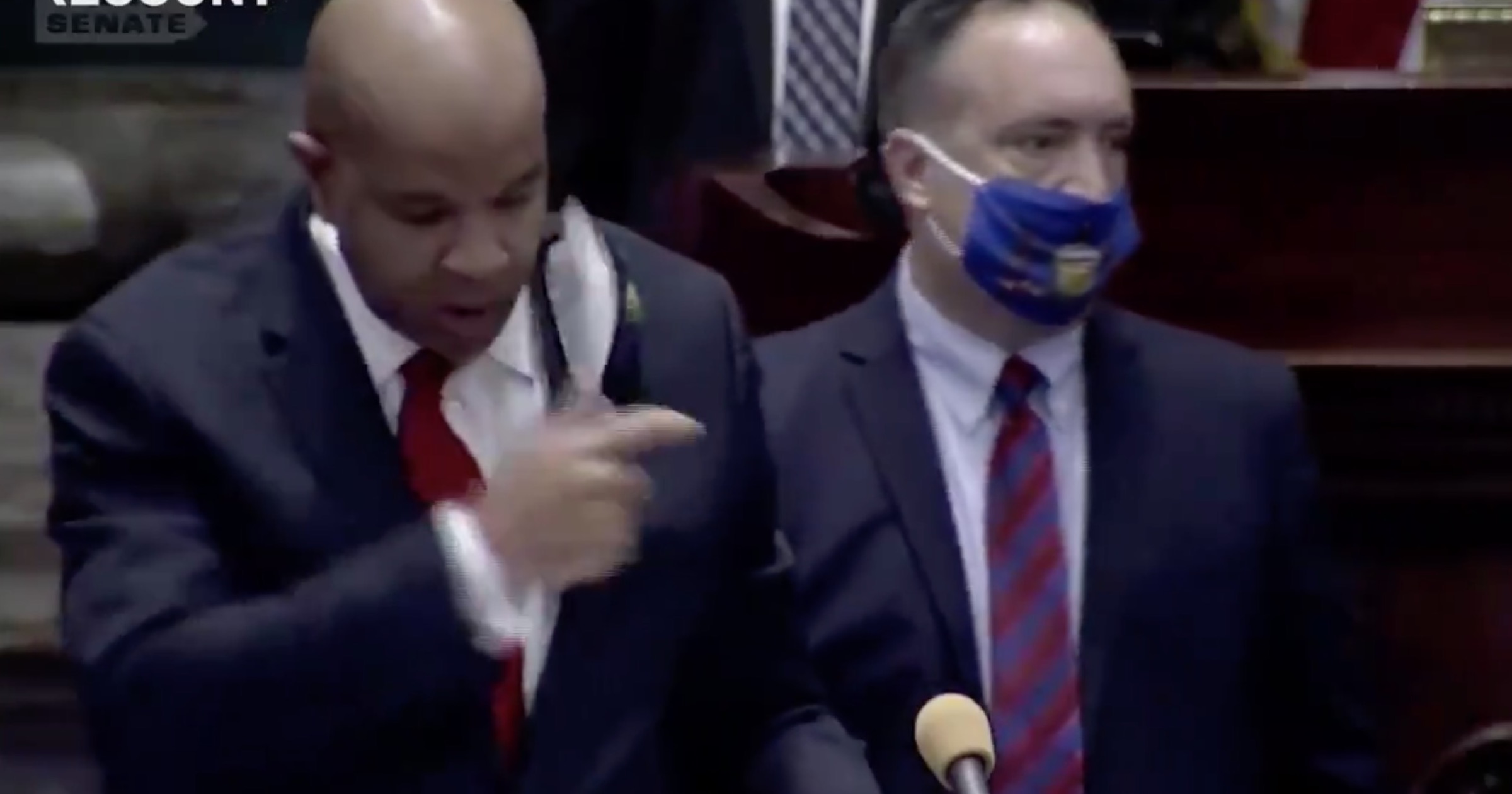 Lawmakers in Pennsylvania were sworn in on Tuesday, but things got a little chaotic in the state Senate over Republicans refusing to seat one of the Democrats.

Incumbent Jim Brewster very narrowly (as in, the state certified his win with e margin of under 100 votes) won his race against Republican Nicole Ziccarelli, who is contesting the results. Per the Philadelphia Inquirer:

At the heart of the dispute is Republican Nicole Ziccarelli’s request to throw out several hundred mail ballots that lacked a handwritten date on the outer ballot envelope, as required by state law. Those ballots gave Brewster the edge he needed to eke out a win.

The issue has already been litigated in the state court system, where Ziccarelli ultimately lost…

Brewster’s win was certified by state election officials in December. Ziccarelli filed a formal request with the Senate late last week, asking the chamber to reject the state’s certification.

The dispute over this race led to a rather remarkable moment where Republicans basically removed Pennsylvania Lt. Gov. John Fetterman from his role presiding over the proceedings, and they refused to seat Brewster.

Republican majority of the Pennsylvania State Senate just removed @JohnFetterman from the chamber. President Pro Temp Corman is presiding instead. Fetterman refused to recognize a motion that would have prevented a duly elected Democratic senator from being sworn in. pic.twitter.com/BOFe1kRMfe

Aument calls on Fetterman to vacate his spot presiding over the Senate. Corman takes over and reads a resolution to replace Fetterman with himself.

Democrats, needless to say, were furious, with one making his view rather emphatically during the roll call and saying, “You are breaking the Constitution!”

Chaos and shouting in the Pennsylvania State Senate as the Republican majority refuses to swear in a Democratic senator and votes to remove Lt. Gov. @JohnFetterman (D-PA) from presiding over the session.

Democratic leader Jay Costa railed against the Republicans and said, “We are not going to bear witness to this sham.”

A leader who ignores the will of voters and refuses to seat a duly elected Senator – is no leader at all.

That’s why the @PaSenateDems have left the #PASenate floor. We are not going to bear witness to this sham.

Fetterman has not exactly been shy in the past month calling out Republicans in his state over post-election attempts to contest the results. He recently called Pennsylvania lawmakers continuing to prop up the president’s baseless claims of election fraud “snake handlers” who are “simping” for Trump.