While you know that engagement is crucial for more reach in social networks like Facebook and Instagram, you may not be aware that Twitter engagement also has tremendous power to increase your marketing success. 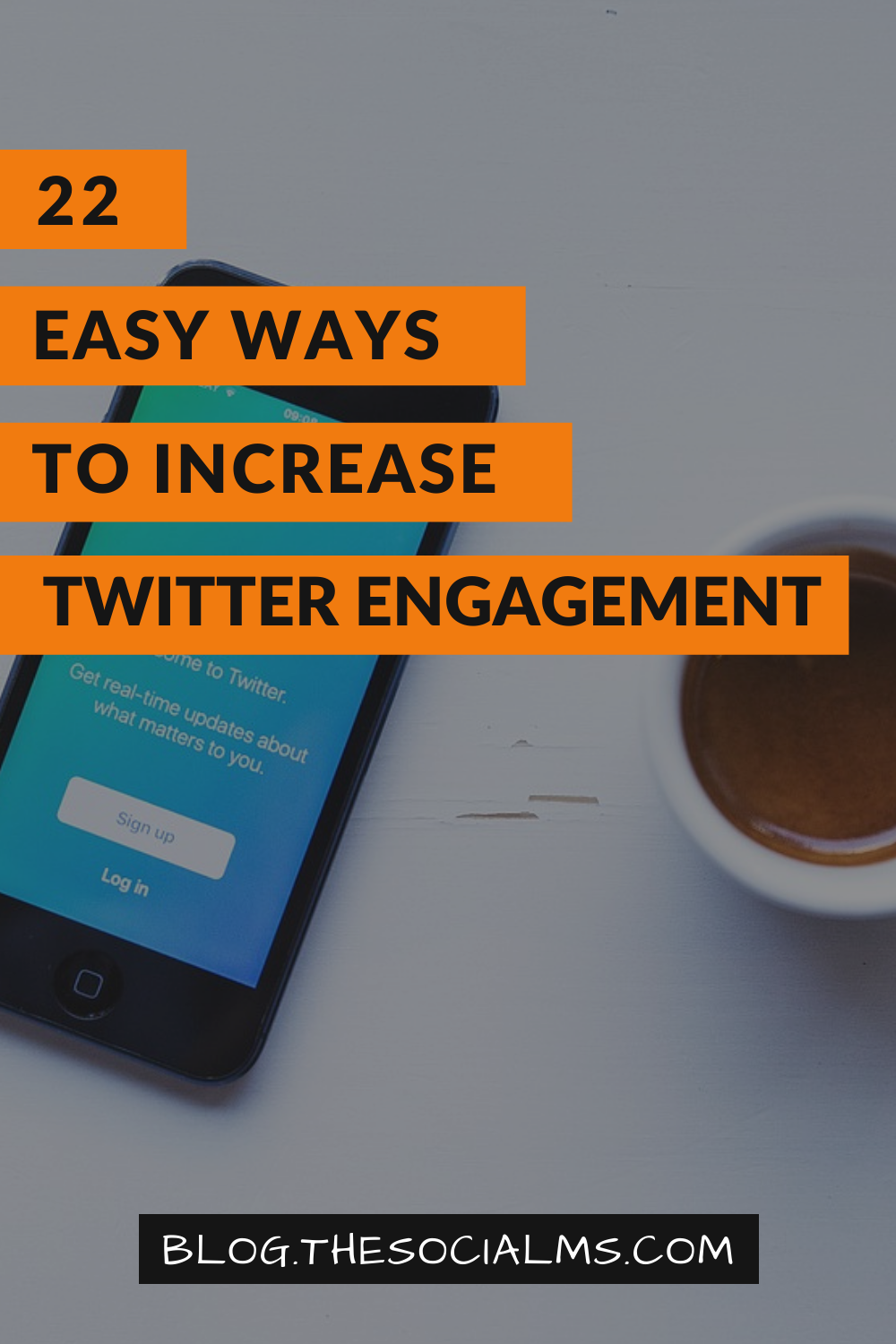 At least for some of us.

Twitter started experimenting with an algorithm-based feed in 2016. Today, there are two feed options: a chronological feed and a top tweets feed. Users can choose between the two.

And engagement is the number 1 factor (right behind whether you follow someone or not) that makes tweets appear in this top tweet feed.

If you can increase engagement on your tweets, your tweets will automatically get more attention from Twitter.

If you are looking for marketing success on Twitter, engagement is what you should be working on!

Engagement in social media usually means any kind of interaction with your posts or your account.

That includes the following:

How much twitter engagement do you need to see a change?

Twitter is different. And I need to mention this here or you will get easily frustrated by your engagement results even though they are good.

On Twitter, an engagement rate of 1%is generally regarded as good – even though you may want to aim higher.

Here are 16 ways of getting more engagement on Twitter: 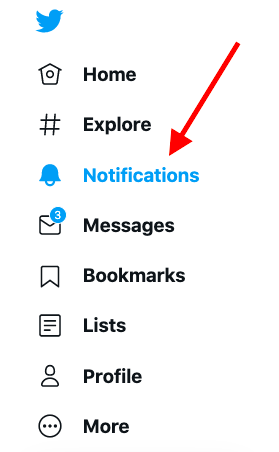 If people are already engaging with your tweets, you should always react. Watch your notifications on Twitter.

Here you can find all interactions with your tweets. Make sure that you answer comments, thank for tweets of your content and like retweets.

This is the easiest way to increase your engagement when you already have some followers that interact with your activity.

2. Make sure your tweets are of value

What value is may be up for discussion? What has value for one person may be utterly useless to another.

Consider your target audience and provide tweets that are of interest specifically to them. If you tweet stuff that is of no interest to your followers they will not engage with it.

People like to talk to people – even on Twitter. Although you may be tweeting for a business account or strictly business, if people know who they are talking to they will be more willing to engage. 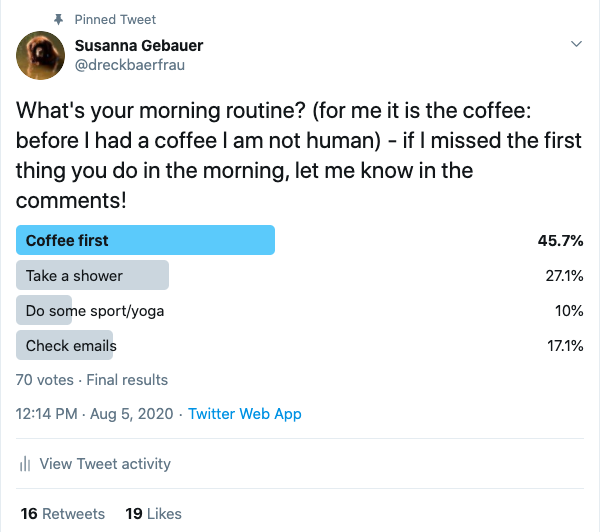 And it is not forbidden to add a little more personal tweets to the mix. You may find them the best way to increase engagement. Just don’t go overboard and don’t forget what your account is about.

Have you ever read a tweet and then thought: “What? Wait? What does that mean?”

That is not good if people think that about your tweets. Make sure that the text you are using in your type is not only correct but also says exactly what it is supposed to say.

Sometimes, taking a step back and rereading what you have written will reveal a second meaning or show that the tweet text was not so clear after all.

You want your audience to do something? Ask them to do it! A call-to-action has immense power. And tweets with the phrase „please retweet“ will get you 4 times more retweets. You can, of course, use other call-to-actions. Asking people to do what you want them to do often does the trick.

6. Use Images in Your Tweets

It is a fact that an image can increase not only the visibility of a tweet. Tweets with images also get more retweets and likes. 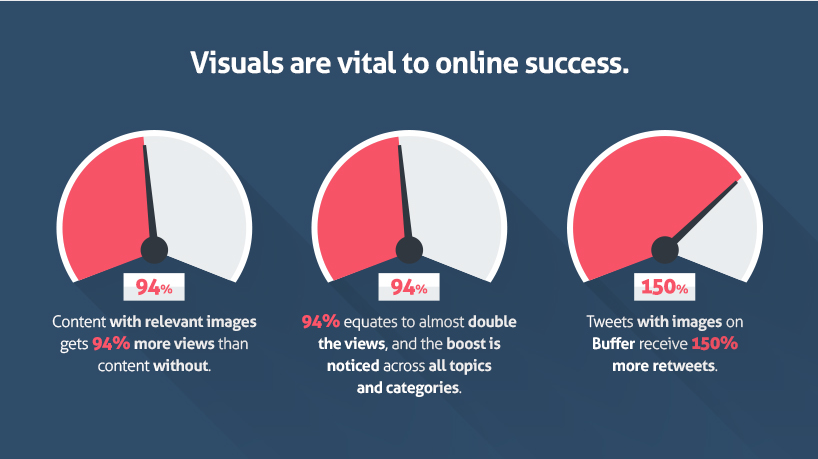 Posts with image content compared to posts without. Source: Quicksprout 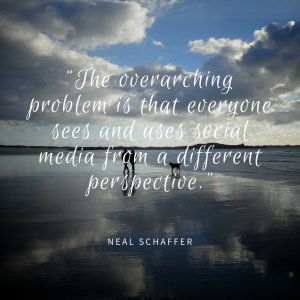 These posts will not generate you traffic but they sure as hell get a lot of likes wherever you post them.

However, I do recommend sticking to your niche! Don’t stray too far and too often away from your topic and niche. You want a targeted following and engage around topics that are relevant to your niche. You won’t gain much if you get a ton of engagement from people who are not interested in your topics and what you have to offer.

Something funny, controversial, or thought-provoking is always a good idea if you want to increase engagement.

That’s what Memes are all about.

There is a broad variety of tools to help you create beautiful or funny memes.

Polls are a Twitter feature with built-in engagement – and by far not utilized as much as could be.

A Twitter poll does not always need to tackle a serious question – even a small humorous question is a great way to engage with your audience. But you can also use Twitter polls to make your own quick survey – just keep in mind that the result may sometimes not be a mirror of reality. After all, you only asked Twitter-users…

Videos are hyped on social media for a reason.

Because videos inspire engagement and interactions.

Twitter users can watch videos directly in their feed. That means you can stuff a ton of information into your tweet in an easy-to-consume format that people like to engage with.

A “moving image” in the Twitter feed also helps to grab the attention of followers who are just browsing around and scrolling over the tweets in their feed.

You want engagement? Start the conversation! And what better way to get into a conversation than to ask a question. If you do it – never forget to monitor your notifications tab and answer all comments that come in. Engagement is not just getting your followers to make a statement, it is about getting into a real conversation. That includes listening and responding. 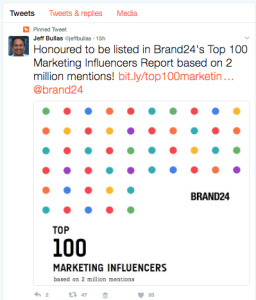 Why not simply pin this tweet to the top of your Twitter account. If you get new followers that visit your Twitter profile, the pinned tweet will get a ton of extra attention. You can see that by the number of reactions a pinned tweets get:

If you want more engagement on your tweets, start engaging with other people’s tweets – preferably tweets from people from your niche. They will notice you and recognize that you honor their work. Eventually, some of them will start giving back in kind.

15. Schedule and space out tweets

But for optimal results, you do not want to send all the tweets at the same time, you want to space out your tweets over the day – and tweet them at optimal times. 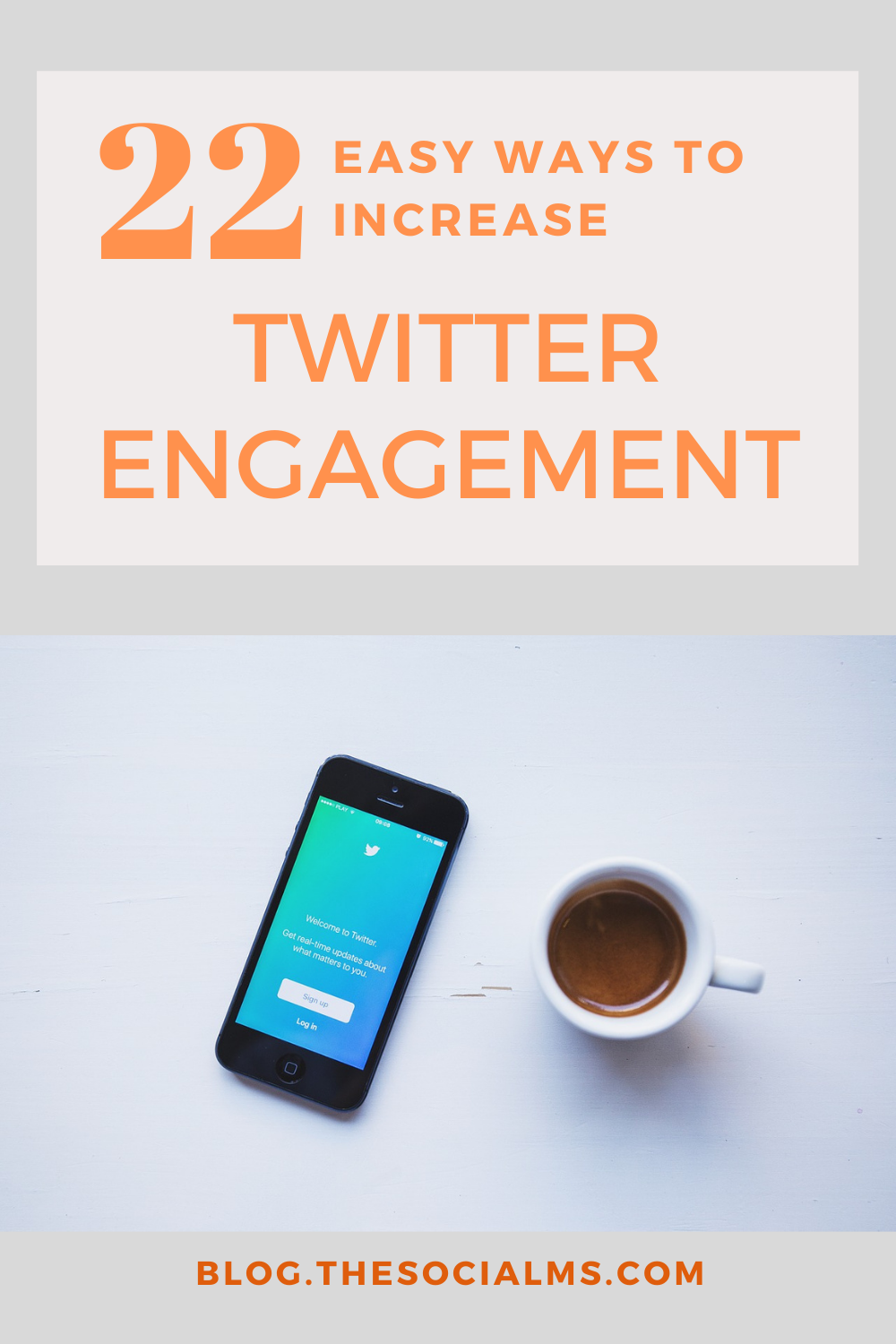 Scheduling will only help you to increase engagement if you still watch your notification tab and react to retweets, likes ad comments on your tweets!

Scheduling tools I can recommend are Buffer or SocialOomph.

Getting on people’s radar is always the first step towards engagement. By following some people from your niche you can get yourself and your Twitter account in front of their eyes. Some of them will notice you, like what you are tweeting and respond to it.

An active account that gets a ton of new followers will always get more engagement than an account with the same handful of followers that are more or less listening to what you tweet.

I mentioned this one before in #6. But it is worth mentioning it again. 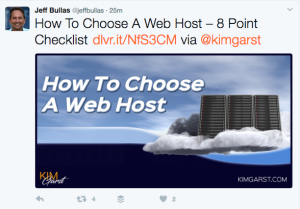 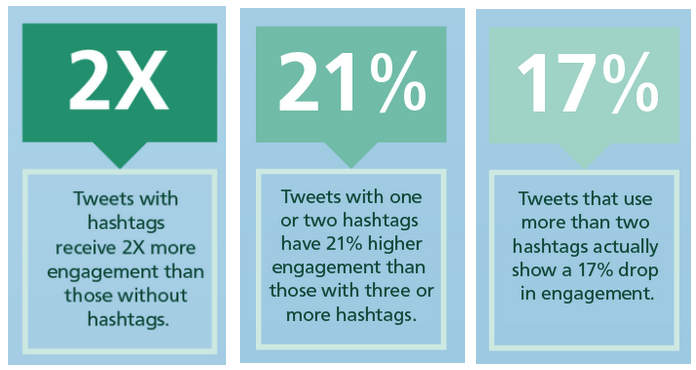 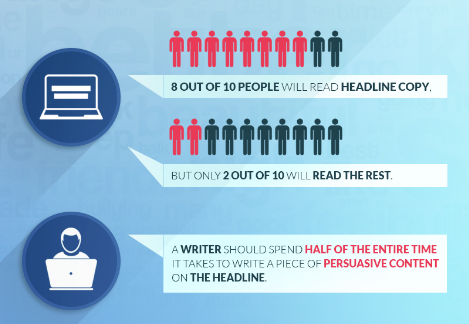 Here are some types of tweet texts that have proven to work great with a Twitter audience – but in the end you will have to try what your audience likes:

A great way to test different tweet texts and learn what your audience likes is to simply tweet the same content with different texts. That is what Buffer did and the results totally proved their point.

Here you can see buffer statistics.

The perfect headline or tweet text can completely change your marketing results!

Tweeting at the right time can help you reach a larger audience. But what exactly is the best time to tweet? Is it when most people from your followers are online? Or is it when everybody else does not tweet so that your tweet does not have to compete with so many other tweets?

Figure out when your audience is active and ready to listen – and then do the test: Tweet at different times and analyze which tweets get more engagement. 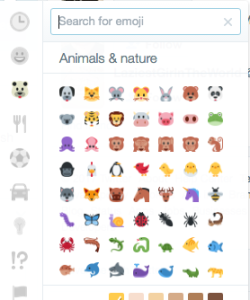 We all use smileys, feelings or other emoticons on Facebook – and they help us to get more attention. But did you know that Twitter added some emoticons to their tweets, too? Have you used them?

You should! Because emoticons have the power to increase your like rate by 57%. Amazing isn’t it? 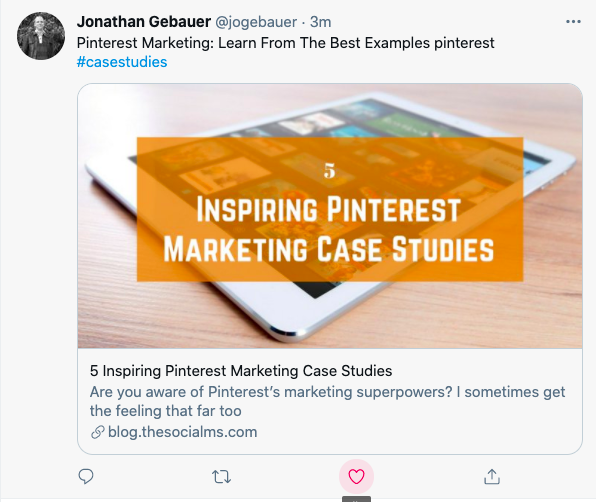 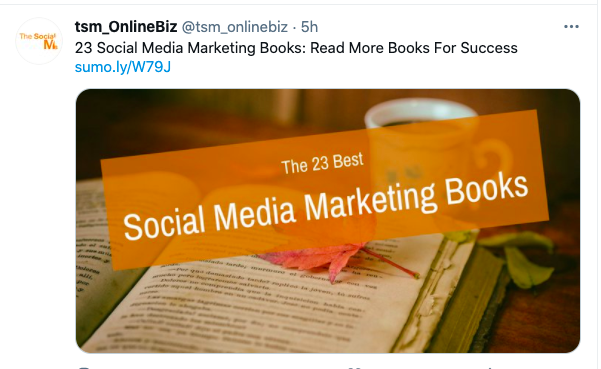 There are endless options to increase engagement on your tweets. And you should use some of them.

Try to find the engagement tactics that resonate best with your audience.

Join our free Email Course to learn how to grow an audience and traffic from Twitter: 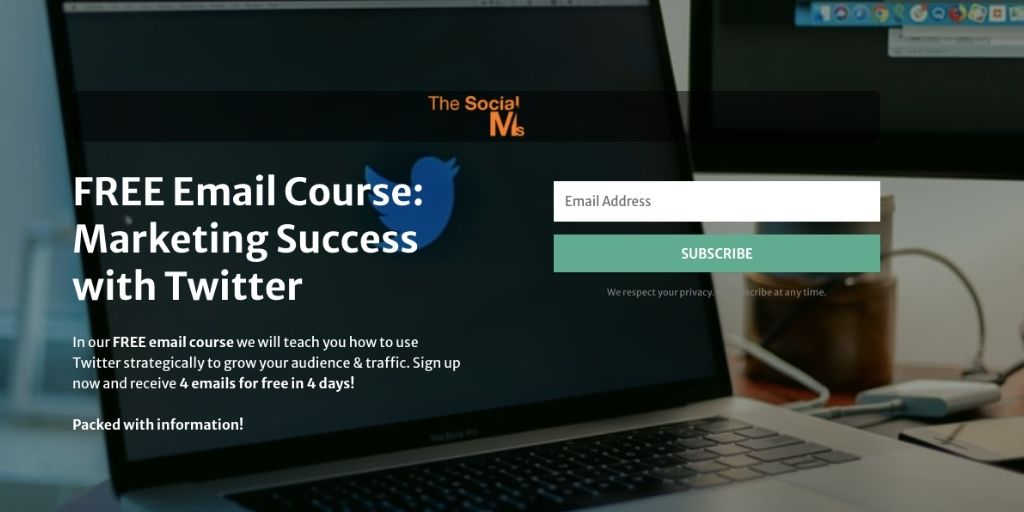 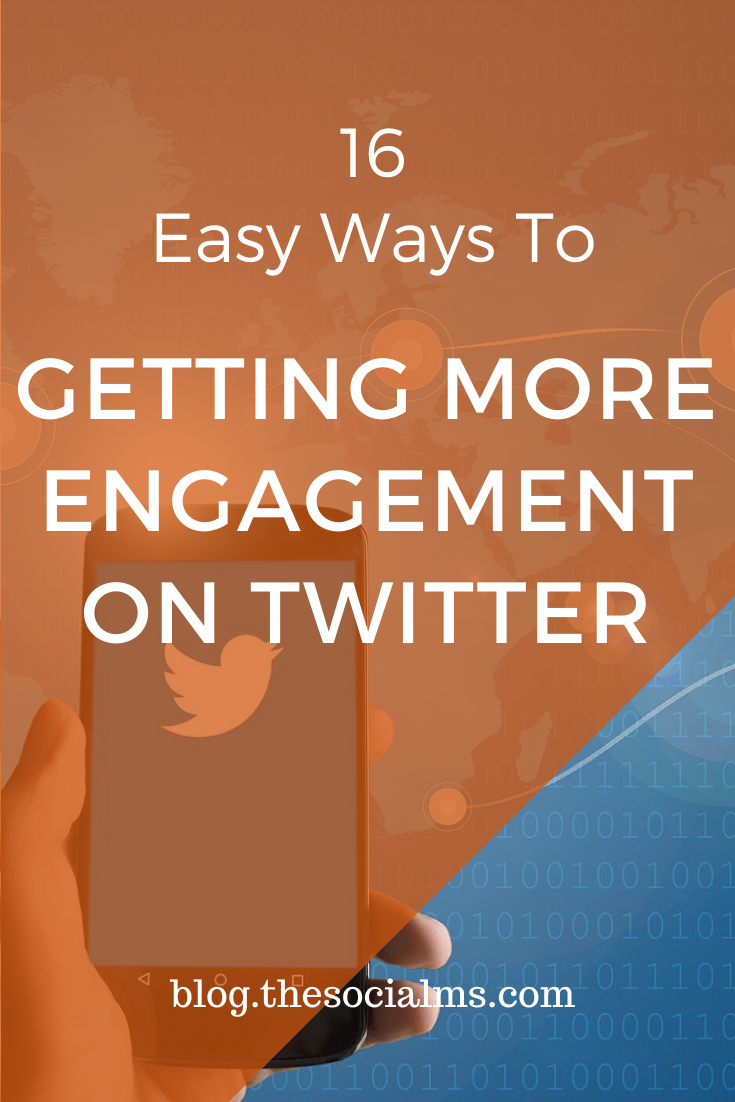