A Retail Employee’s Dilemma: How To Avoid Disgruntled Customers

As a former retail employee in the home furnishings industry, I learned the ins and outs of delivering both positive and negative customer experiences firsthand. Having an excellent memory has always been an asset, but I never knew how much I would rely on it until my first retail job. It was there that my memory of the store would make up for a non-existent inventory tracking system.

From the moment I walked into the store, I would memorize the location of the smallest dishware, fluffiest bed sets, and grandest pieces of furniture. That way, when a customer came in looking for an item, I knew exactly where it was. This made up for the fact that no employee, not even the manager, knew what came in or out of the store on a given day. We did everything through memorization, and it normally worked. This usually was only an inconvenience, until one day the system failed, and there was nothing I could do about it.

It had been a normal situation. 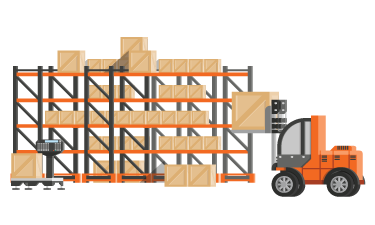 A customer wanted to buy a dresser, so I called one of the warehouse employees to bring the piece up to the Point of Sale. We were required to have the piece at checkout, even though it often returned to the warehouse until the customer could come to pick it up. We used the ever-reliable yellow and pink slip method to record the purchase and product ID number. The customer would be given the yellow slip, and the pink slip would be attached to the furniture as it was taken back to the warehouse. The clunky system was nowhere near efficient and involved going back and forth a lot. Regardless, we were stuck with it. As I completed the customer’s purchase of the dresser, little did I know that our lack of inventory tracking was about to cause a major customer issue. At the register beside me, a newly hired worker was about to begin the same checkout process for a blue velvet sofa.

I returned to the store the following morning to begin another shift and began to check out my first customer of the day.

A mother with three kids hurried to my register asking to buy a sofa she had found at the front of the store. I completed her purchase and called on a few warehouse team members for assistance as she happily stated that she would take the sofa with her today. She left excited about her new purchase and I continued with my shift.

Later that day a man came to the register and slid a yellow slip across the counter, asking to pick up his sofa that he had purchased the day before. Systematically, I called up one of the warehouse members, reading the ID number. Five minutes later, I got a call that there wasn’t a sofa with that ID number in the warehouse. I reread the number asking my co-worker to check again.

Another five minutes passed and I was disappointed to hear that the sofa was still nowhere to be found. I looked back at the yellow slip for the purchase of a blue velvet sofa. It was at that moment that I realized what had happened. The very sofa that I watched be sold next to me the day before was never tagged or brought to the back. Instead, I assumed it was for sale and let another customer walk out with an already purchased item.

The customer reacted as poorly as I expected.

He yelled about how poor of an inventory system we must have had for this to happen. My manager came to the register and provided him with a full refund and a discount on future items. It did not matter though. By then, he had already expressed that he would be giving us a terrible review online, never shopping here again, and spreading the word to his friends that our store was an absolute mess.

My manager later told us that it was human error, but that we would need to remember the system exactly to not lose track of inventory. However, I knew this system left too much room for error. Chances are it would happen again. When the situation was all said and done, it was clear to me that any company that is serious about preventing a mistake like this would need an efficient inventory tracking system. As someone involved in this scenario, I could only imagine how different it would have gone if the brown velvet sofa was initially removed from our inventory and marked as reserved for the correct customer. The store had grown complacent and comfortable with a system that was clearly not working to the best of its ability.

Now, as a STORIS team member, I see the value in giving retail companies a system to improve not only the lives of customers but of employees too. Having an inventory tracking system, like STORIS, elevates the experience a retailer can deliver to their customers. On top of that, the ease of managing inventory creates a better environment for employees to thrive in, rather than having them memorize multiple ways of tracking inventory manually. This same energy can then go towards customer service and improving their existing skills to run a successful store. Having an inventory tracking system positions a company on the right path towards modern retail practices and building a brand that employees are proud to work for. Along with this, it proves to be a constant reminder that as executives, managers, and even newly hired employees, there should be a persistent curiosity and drive towards working with the best possible systems in order to stay at the top of a given industry.

To learn more about STORIS and how to optimize your retail business’ inventory management processes, request a demo today.