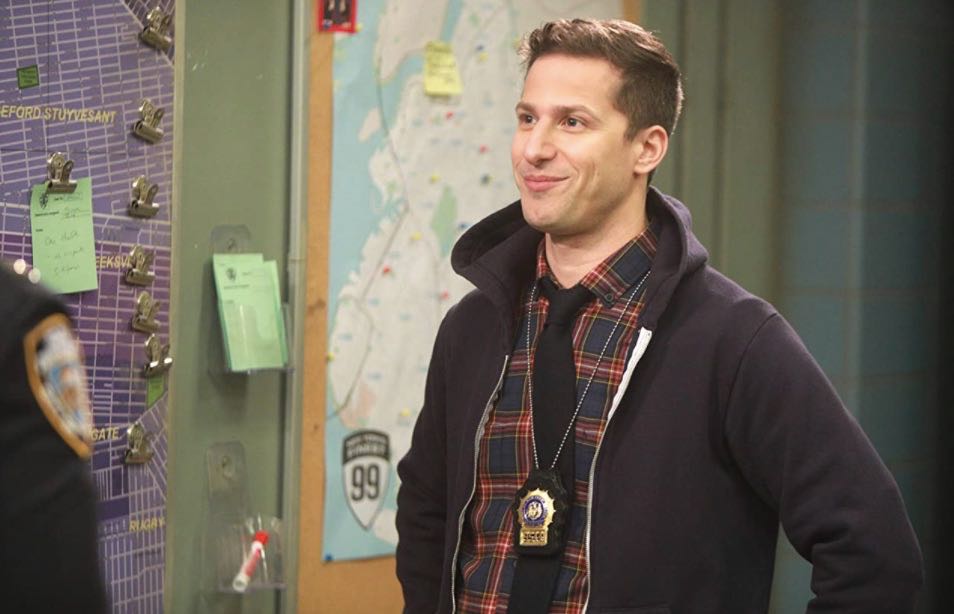 Andy Samberg opened up in a new interview about how his NBC comedy series Brooklyn Nine-Nine plans to address police brutality and systemic racism.

“It’s still being figured out. I think there’s no question it’s going to address it,” the actor said on the latest episode of Variety’s Awards Circuit podcast. “We have a great challenge for the show itself, but obviously it’s a real and serious challenge for the country.”

Samberg, who plays Detective Jake Peralta on the sitcom revolving around an NYPD precinct, acknowledge that while the country is currently “going through a hard time,” police brutality isn’t a new issue. “I’ve been hearing about this in rap music for the last 30 years,” he said. “Since I was a little kid I’ve know that there’s police brutality and police racism.

“We’ve been told if we wanted to listen,” Samberg continued. “It’s not a huge newsflash to me but it is for a lot of people, which is both sad and also good and inspiring. What the show is going to try to do is further the conversation.”

Samberg went on to say that “at the end of the day,” Brooklyn Nine-Nine is a comedy, “but it’s a cop comedy so we gotta lie on the bed we make.” He added, “The challenge is going to be being honest about what’s happening in the world and not shying away from the fact that there are serious problems and also not punishing viewers who like our show and care about our characters.”

The characters on Brooklyn Nine-Nine are generally portrayed in a likable manner, but Samberg admitted that they’ll “need to examine their roles in the world.” He added, “That’s going to be how we address it. They’re going to be forced to look in the mirror and see who they’re complicit with. The good news for us is that we have a decent track record already of addressing social issues. We’ve certainly never acted as if all police are innocent.”

Despite a need to tackle serious issues, Samberg went on to say he doesn’t expect Brooklyn Nine-Nine to offer a solution to police brutality. “If we’re looking for a half-hour comedy show to be the one to solve this problem, we’re in trouble,” he noted. “Our job is pointing out that stuff isn’t getting done right and spreading the word that we’re really hopeful that it can get better.”

As we noted in September, Samberg’s co-star, Andre Braugher, also spoke to Variety about the challenge of Brooklyn Nine-Nine addressing police brutality while still making an audience laugh.

Listen below to Samberg’s full interview on Variety’s Awards Circuit podcast. The conversation about Brooklyn Nine-Nine starts at the 37-minute mark.