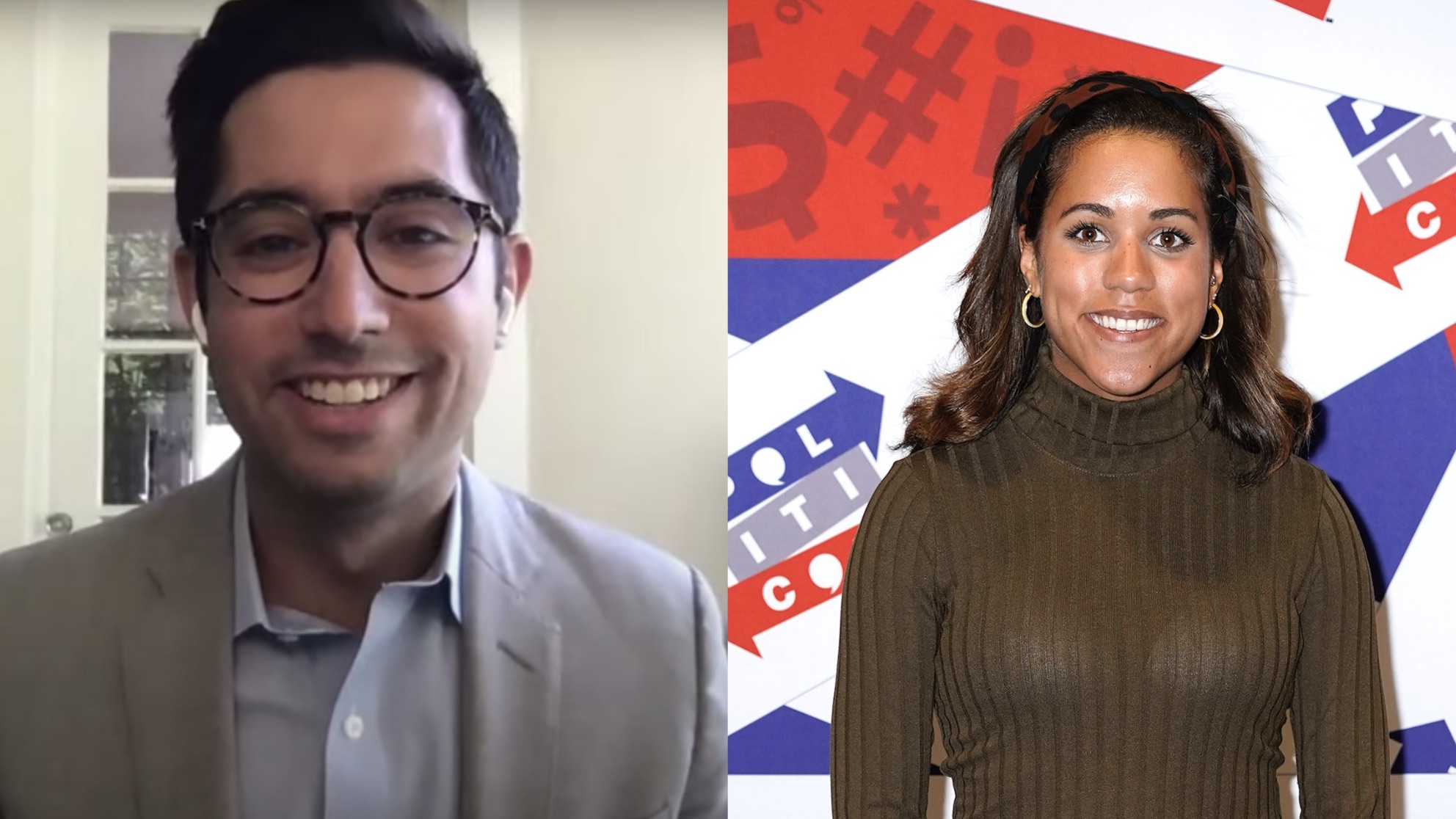 McCammond now covers the progressive beat, and has no regrets, telling People Magazine that she “didn’t think twice about sharing my happiness in November with Axios.

“I’d found someone in TJ who shows up for me in a way I’d only hoped for,” McCammond continued.

McCammond, who also works as an NBC contributor, covered Biden’s presidential campaign from 2019 to 2020 — where she met and later sparked a relationship with Ducklo.

Although Ducklo was “super single” at the time, McCammond was already in a serious relationship, adding another obstacle to their budding relationship.

In December 2019, Ducklo was diagnosed with stage-four lung cancer, and McCammond accompanied him to his cancer scans, only bolstering their friendship.

“After the election, when we both had some downtime, it was clear that our years-long friendship had the potential for something else. When TJ was diagnosed,” McCammond told People. “I had a sense then how much he meant to me and I’m just grateful that I get to be there for him now every step of the way as his partner.”

Both McCammond and Ducklo told their respective employers of their relationship, earning the support they needed to move forward.

Although Ducklo continues his work for the White House, McCammond still works for Axios but was switched to covering the progressive movement as well as Vice President Kamala Harris.

“Switching beats was an easy decision thanks to my Axios [family], who had my back in November and know just how lovely it is to find someone who cares deeply about you,” McCammond said.

“These past few years have shown how easy it is for some to make quick and misguided judgments of those in the public eye. As a young Black woman in this industry, I’ve felt this firsthand several times,” McCammond added, knowing that news of the relationship would raise some eyebrows. “TJ and I knew full well the unfair criticism our relationship might face, but knew that we weren’t going to let bullies get in the way of our own happiness.”

The couple has received some pushback, as writers of Tuesday’s Politico Playbook noted McCammond continued covering Biden after disclosing her relationship with Ducklo to Axios — speaking glowingly about the president on a post-inauguration podcast.

“What we’ve seen from Biden is compassion and empathy and a focus on unity in a way we certainly haven’t seen from President Trump,” McCammond said.

Despite the potential conflict of interest issues, Ducklo does not seem to have any regrets, telling People how happy he has been since taking the next step with McCammon.

“In December 2019, it looked like Joe Biden was going to lose the Democratic primary and I was diagnosed with stage-four cancer and I was super single,” Ducklo said. “One year later, Joe Biden is the president-elect and I have my cancer under control … and I’m in this serious relationship, which has really the been the best thing that has ever happened in my personal life. What a difference a year can make.”