In an incredible new survey released Monday by the National Association for Business Economics (NABE), a clear majority of NABE members are now predicting a “sharp rebound” in the economy. 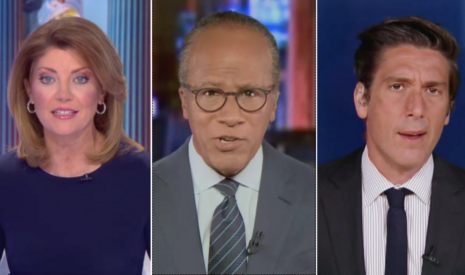 The survey of 104 NABE members conducted July 2-14, 2020 was headlined “NABE Survey Shows Last Quarter One of the Worst Since Global Financial Crisis, But Sharp Rebound in the Three-Month Outlook.” The survey found that respondents “‘report a significant snapback in expectations from the depths reached across nearly all categories in April,’” according to NABE Business Conditions Survey Chair and Harvard Kennedy School Senior Fellow Megan Greene.

Greene said the results suggest “‘that the economy and business operating environment are no longer on quicksand after the COVID-19 lockdowns in the United States and elsewhere.’”

Fox Business, which had reported the July 2-14 survey results, said that this was “a turnaround from three months ago when 70 percent of them had predicted that the economy would shrink over the next 12 months.” The survey was taken during a “period when coronavirus cases were starting to spike in many parts of the country after businesses had re-opened,” Fox Business said.

Other impressive results in the survey included how “[t]he shares of respondents reporting skilled and unskilled labor shortages shrank significantly from the April 2020 survey.” Shockingly, a whopping 85 percent of respondents said their firms can “’stay afloat’ for longer than 6 months without federal government assistance.” This was up from “74% in April.”

The majority of respondents (74%) indicated “that their firms have not applied or will not apply for Main Street Lending Program loans. Only 4% have applied for a loan or are considering it.”