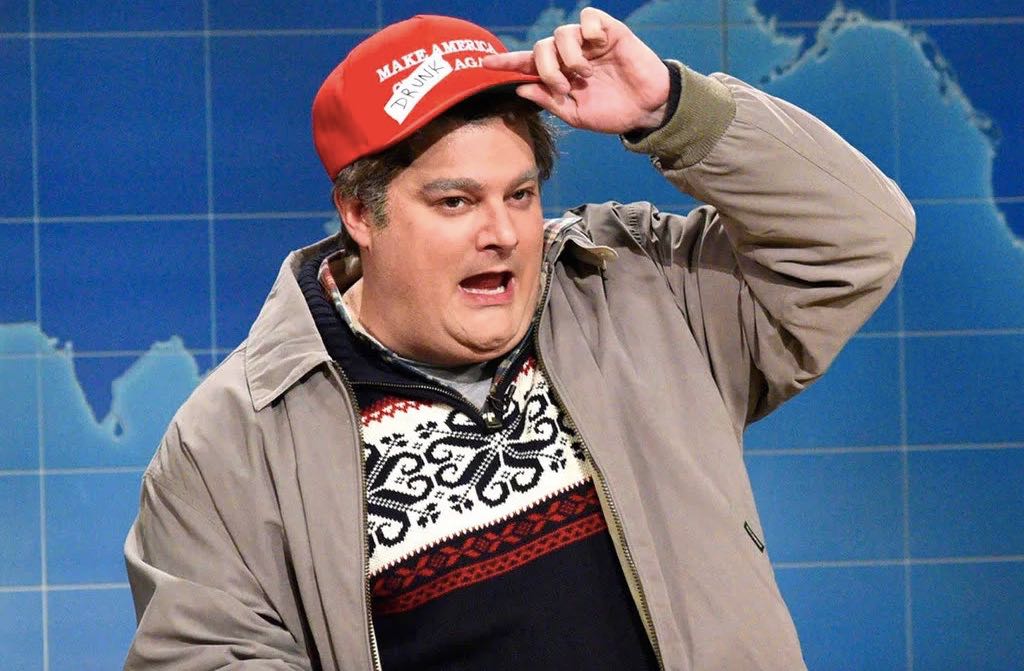 During the bit, Drunk Uncle came out wearing a “Make America Drunk Again” hat and shouted, “It’s Trump time, baby!” before declaring that someone was “finally saying” the things that he had been “thinking… and also saying.”

Moynihan told The Daily Beast that Trump didn’t understand he was the butt of the joke.

“I think that was one of the last Drunk Uncles I did,” noted the comedian. “And I remember thinking, this is one of the only things in the show that’s actually really bad-mouthing him and pointing out how racist and terrible he is. And he walked up to me afterwards and I’m like, oh no. And he shook my hand. And he was like, ‘Thank you so much. That was so nice to hear such nice things being said.’ And I was like, you moron.”

Moynihan added, “I was like, no, you idiot, I thought you were going to be mad and you’re not. And now I’m mad that you’re not mad.”

When asked if Trump’s favorable reaction to Drunk Uncle made him feel differently about doing the character, Moynihan said, “No, I mean, it didn’t change anything other than the fact that that dumb idiot didn’t get it.”

As for Trump’s 2015 hosting gig, Moynihan acknowledged that the former president “was not the worst host” he had to deal with at SNL, but “he was just delusional.”

Moynihan concluded, “The vibe felt like a bratty, rich child.”