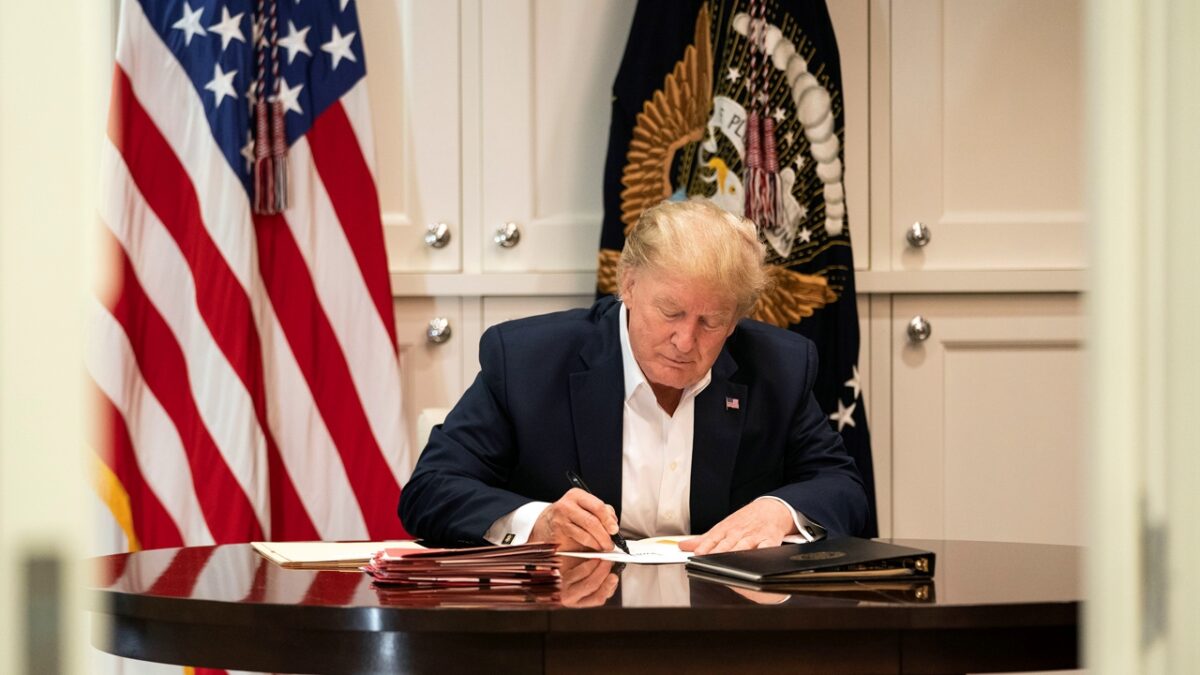 President Donald Trump has signed the Covid-19 relief bill, averting a looming government shutdown that would have happened on Tuesday if the bill failed to pass.

After days of refusing to sign the bill and making demands for the $600 stimulus checks to be increased to $2,000, Trump tweeted on Sunday evening that there was “good news” coming regarding the bill, as Mediaite reported earlier.

Media outlets began reporting that a room at Mar-a-Lago, where the president is spending the Christmas holidays, was being prepared by staff for a bill signing ceremony.

Around 8 pm ET, reporters began tweeting that the bill had been signed, including Politico’s Jake Sherman and Meridith McGraw, and Zeke Miller with the AP.

The president has signed the covid relief/government funding bill, several sources told me.

The White House just sent out a statement officially confirming that the bill was signed.

Trump also released a statement taking credit for helping America avoid “another Great Depression,” and listing several demands that he had, including the $2,000 checks again, rescissions of certain budget items that he was going to redline, a review of Section 230, and the House and Senate agreeing to “focus very strongly on the very substantial voter fraud” that he has continued to baselessly claim occurred during the November 3 election.

“Much more money is coming,” the president concluded. “I will never give up my fight for the American people!”

MORE: The White House has released this long, rambling statement from @realDonaldTrump claiming that the 116th Congress — which ends on 1/3 — has made promises re future recissions, 230, (non-existent) “voter fraud,” etc. pic.twitter.com/hAty1ijhQR

This is a breaking story and has been updated.