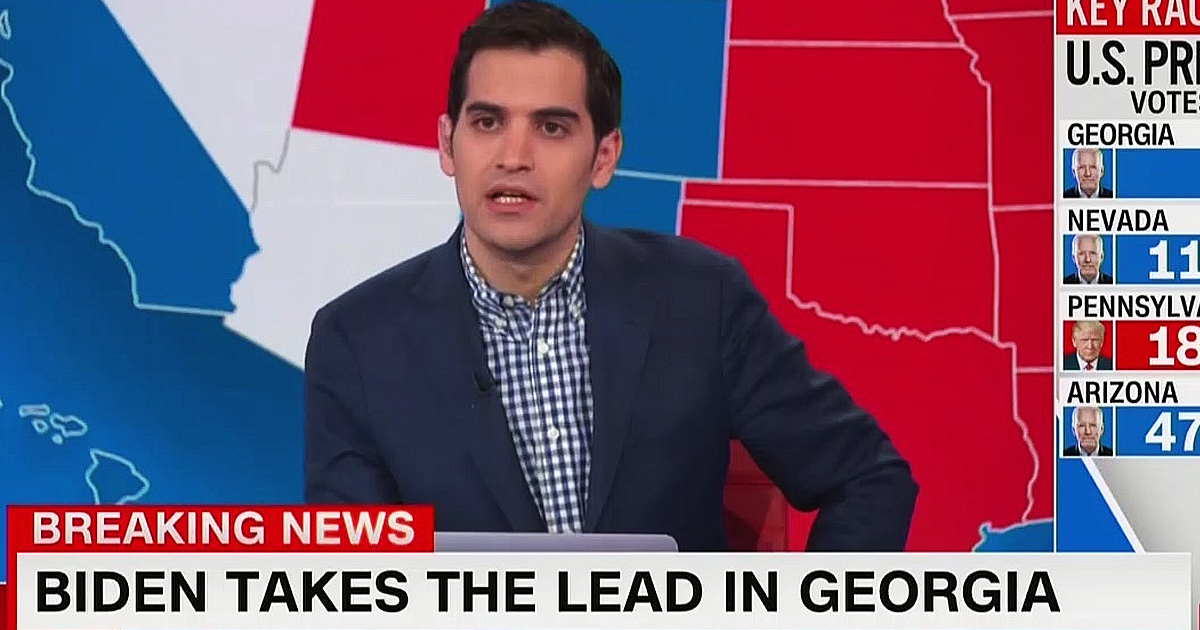 Harry Enten is recovering after what he calls “the long bender of election week.”

The CNN senior political writer and analyst was one of the indefatigable faces that led CNN’s marathon coverage of the 2020 election last week, appearing on the air well into the night and early morning to break down the race as Joe Biden and President Donald Trump traded leads in key battleground states, one vote dump at a time.

Six days after his networks and all other major media outlets called the race for Biden, the wind is getting back in Enten’s sails, and he’s getting his first chance to take a big-picture look at the results.

Biden ended up winning the election, it seems decisively. But the race was far closer than the polls indicated. Averages that showed Biden beating Trump in key states — he maintained +10 leads in Wisconsin and Michigan, a +2 lead in Florida and +5 in Pennsylvania — ended up missing the mark, in some cases dramatically. The Democrat eked out a win in Wisconsin and Pennsylvania and ended up losing Florida.

To make sense of what went wrong, and how the polls missed Trump’s popularity once again, I called up Enten — en expert on elections and political polling — for this week’s episode of The Interview podcast.

I wanted to ask Enten about Democratic chagrin over the results of the election, the product of factors relating to how the results rolled out, as well as the underwhelming performance of Democrats in House and Senate races.

“At the end of the day, if you win, you win, right? And Joe Biden won,” Enten said. “And defeating an incumbent president is no easy task. There have only been a handful of them, none since 1992 with Bill Clinton defeating George H.W. Bush. And Joe Biden, at this point, looks like he’s going to get the largest popular vote percentage of any challenger since FDR in 1932 against Herbert Hoover. And his Electoral College count will end up being, probably north of three hundred.

“So from just a purely historical angle, Biden’s win was decisive.”

Down-ballot races were a different story. Enten pointed out that Democrats lost seats in the House, contrary to what polling suggested would happen, demonstrating that a backlash to Trump that wasn’t necessarily a backlash to Republicanism.

Despite losing by millions of votes, Trump is still set to draw the second most votes of any candidate in history, behind only Biden. That is in part thanks to demographic shifts: Enten said Cuban Americans and Hispanics in South Texas switched to Trump in droves, helping to keep the race tight.

“There’s no doubt that he did better with Hispanic voters across the board than he did four years ago,” Enten said.

There is also the matter of the polls. After taking heat for underestimating Trump’s support in 2016, pollsters worked hard to correct their models. Despite those efforts, in many ways the polls missed to an even greater extent in 2020, and Enten noted the national polls will miss by more than they did in 2016.

“Pollsters are going to have to look long and hard and see what exactly went wrong,” Enten noted. “But if you take the long, overarching look through history, the polling errors from 1936 to 1956 were significantly larger than the errors that we saw these past two cycles. Polls are not perfect. They are tools, as you were hinting at. There has to be a way to get across the uncertainty of them.”

Regardless of the soul searching that needs to be undertaken by pollsters, Enten rejected the opinion of my previous guest, Frank Luntz, who said that the polling industry is finished if it missed again in 2020.

“No, that’s not the case,” Enten said. “In the long arc of history, this is not the worst crisis ever faced by far. There are obviously things that need to get fixed. But more than that, at the end of the day, people are always going to be interested in who’s ahead and who’s behind. And they’re always going to be looking for the best way to potentially figure that out at any given point.

“Polls at this point will consistently be better than hot takes, will be better than crowd sizes,” he added. “Biden still won. If you looked at the crowd sizes and the enthusiasm, you’d have thought Trump would win in a landslide. So that didn’t happen.”

We also spoke about what it was like to be on set for CNN’s coverage of the 2020 election, which propelled the network to some of its highest ratings in history. For election week, CNN averaged more than 6 million viewers in prime time and more than 2.6 million viewers in the 24-54 demo, far outpaces Fox News and MSNBC. Ratings remained sky high during the overnight hours, when Enten typically appeared on the network alongside anchors Chris Cuomo and Don Lemon.

Listen to the full conversation on The Interview.