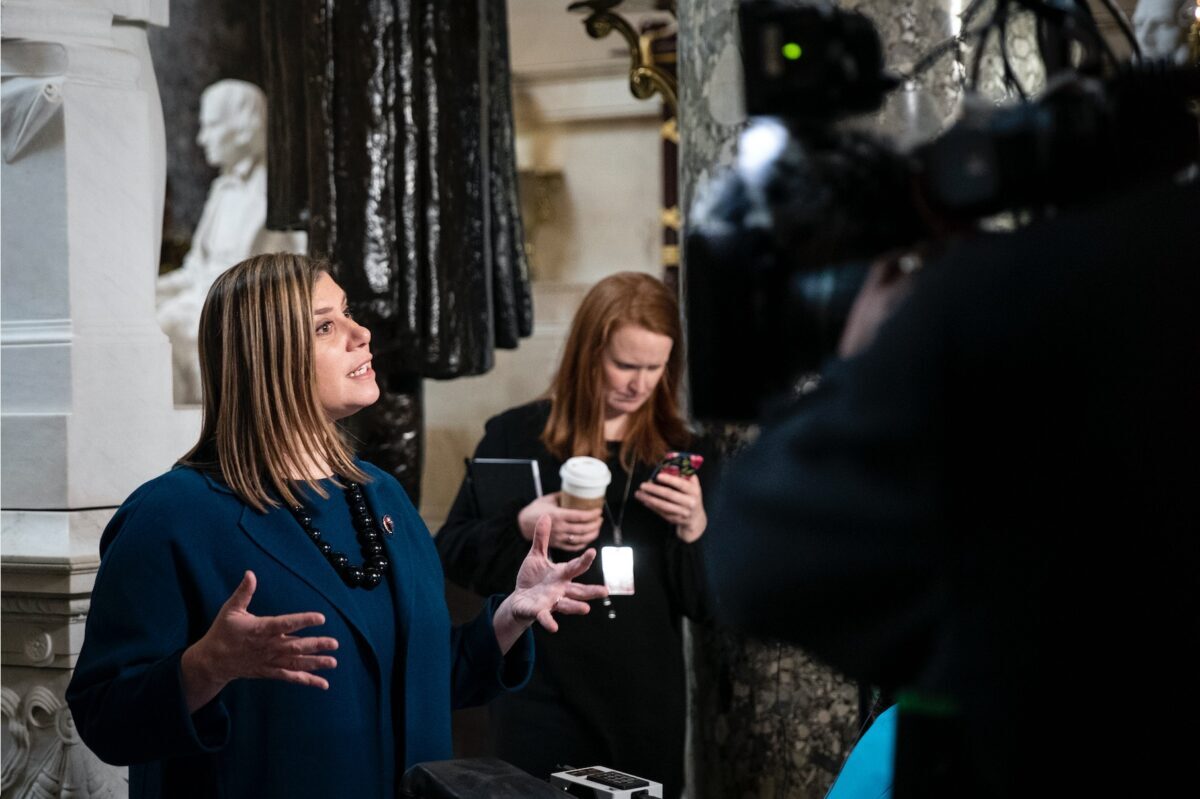 Democratic Michigan Rep. Elissa Slotkin is urging Democrats to learn something from President Donald Trump’s style of communicating if they want to stave off congressional losses in future elections.

Slotkin added: “It’s not just that he eats cheeseburgers at a big celebratory dinner. It’s not just that he does things that the common man can kind of appreciate. And it’s not even because he uses kind of simplistic language — he doesn’t use complicated, wonky language, the way a lot of Democrats do. We sometimes make people feel like they aren’t conscientious enough. They aren’t thoughtful enough. They aren’t ‘woke’ enough. They aren’t smart enough or educated enough to just understand what’s good for them. … It’s talking down to people. It’s alienating them. And there’s just certain voters who feel so distant from the political process — it’s not their life, it’s not their world. They hate it. They don’t like all that politics stuff. Trump speaks to them, because he includes them.”

Slotkin, a former CIA analyst, joined Congress in 2018 after defeating Republican incumbent Rep. Mike Bishop. Republicans had held the seat in Congress each year since 2001, despite the district’s purple hue. Residents voted for President Barack Obama in 2008, but for Republican Mitt Romney in 2012 and Trump in 2016.

The district includes Lansing, one of the state’s manufacturing hubs. Slotkin said her constituents were tired of political correctness, and that their concerns contributed to her grievances with the Democratic Party — and added that she would be voting against House Speaker Nancy Pelosi’s (D-CA) effort to secure another term leading her chamber.

“I remember, long before, literally, Donald Trump was even a twinkle in our eye, the way that people in my life here couldn’t stand political correctness. And I think [this is] the same kind of sentiment,”Slotkin said. “Because the political correctness is thinking you’re better than somebody else — it’s correcting someone. Now, I happen to believe that we live in a different era, and that we have to be better than we were in previous eras. … But people do feel looked down upon.”

“I will not be voting for Nancy Pelosi,” she added. “I have no idea if people are gonna run against her, or who might run against her. And I will of course have this conversation directly with her. But I believe we need new leadership. I would love to see more Midwesterners, because if you look across the leadership. … I respect these people, but it’s New York and California.”