Duran Duran’s sixth album Liberty was slated by critics, flopped in the charts and was quickly cast aside by the band itself. But does it deserve its status as the black sheep of the Brummies’ discography? Now 30 years on from its release, Jon O’Brien takes a look back at the unloved LP. 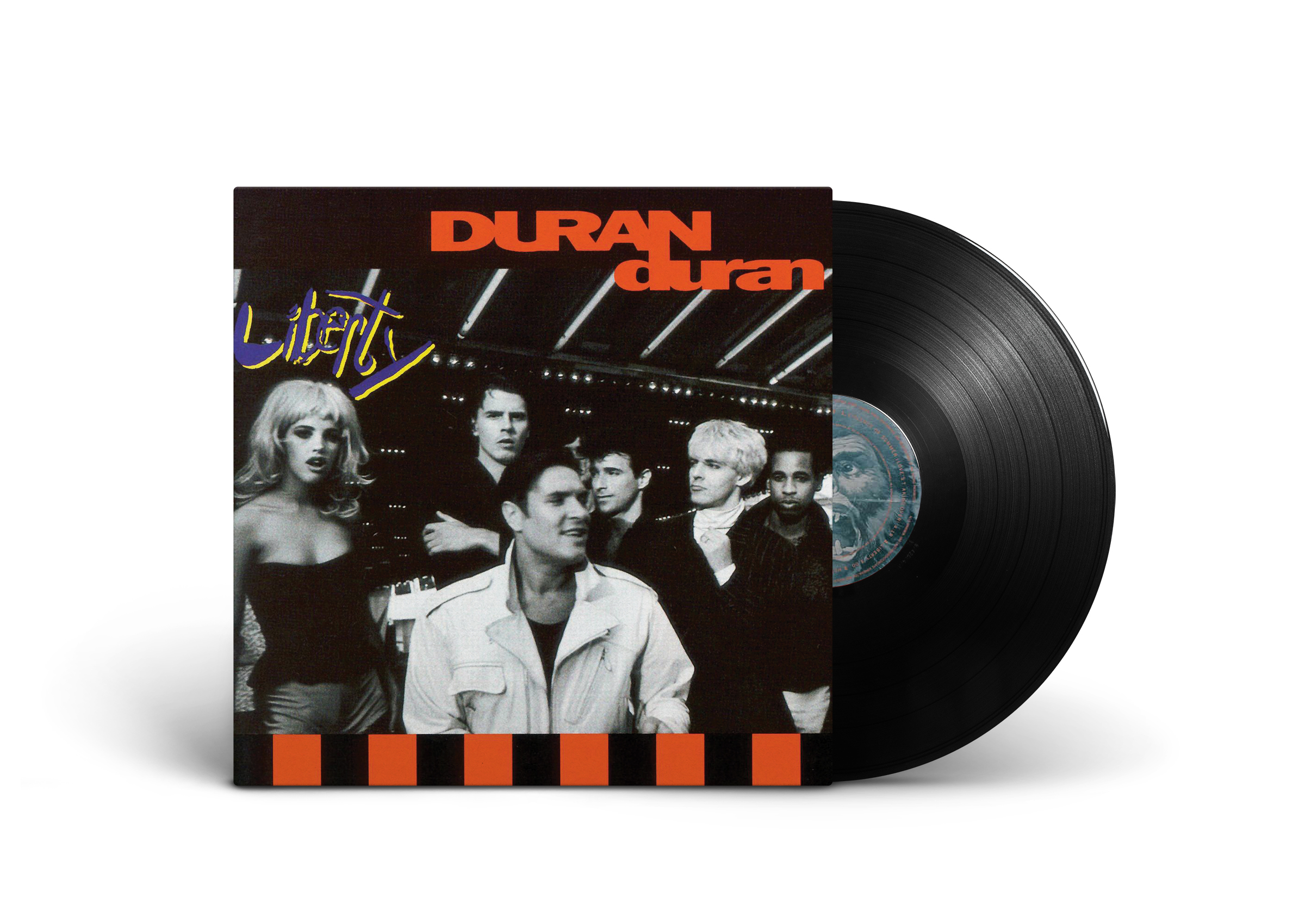 “John and I have one thing in our whole oeuvre we feel we really got wrong, and that’s the Liberty album.” Yes, 1995 covers LP Thank You may have been treated like a crime against not just music but humanity in general by much of the press, but in a 2015 interview with Rolling Stone, it was Duran Duran’s oft-forgotten sixth studio effort from 1990 that Nick Rhodes cited as the band’s ultimate misstep.

As the ever-present keyboardist infers, he’s not alone. John Taylor, in the midst of his drug addiction at the time, has freely admitted that his hash oil habit is the only thing he can remember about its recording. And although Simon Le Bon still has a  “lot of fondness” for the album, Duran’s frontman acknowledges that it didn’t always have the group’s utmost attention. The  quintet didn’t even bother touring the record and appeared to further show their disdain on triumphant follow-up The Wedding Album, with Love Voodoo’s lyrics (“The queen of sensuality/ You shelter me from liberty/ It’s nothing short of piracy”) interpreted by many as something of a self-effacing jab at its predecessor.

And although Liberty became their highest-charting UK album since 1983 No.1 Seven And The Ragged Tiger, it nosedived out of the Top 40 within a fortnight and was the first Duran Duran LP that didn’t spawn a UK Top 10 hit.

That’s little surprise considering opening track Violence Of Summer (Love’s Taking Over) was chosen as its lead single. Le Bon is on fine form, at times replicating the swagger of the era’s essential pin-up Michael Hutchence and at others the full-throated howling of The Cult frontman Ian Astbury. Unfortunately, his attempts to whip Durannies into a frenzy (“This’ll pick you up, let’s go”) are hampered by a non-event of a chorus and the kind of tinny organ riff you’d expect from a Jive Bunny mastermix. An early appearance from future Saturday night TV staple Tess Daly in its biker-clad video is arguably more notable.

The previous year, Chris Kimsey had been credited with helping Mick Jagger and Keith Richards to rediscover their mojo on his latest collaboration with The Rolling Stones. But in stark contrast to the back-to-basics Steel Wheels, Kimsey opted here to throw in everything but the kitchen sink.

Such maximalism can sometimes be headache-inducing – see the clash of spoken word samples, haunted house synths and wah-wah guitars on Hothead, for example, or Read My Lips, which parlays all the worst excesses of late-80s pop into four-and-a-half minutes. But on the likes of First Impression, a propulsive new wave affair which owes more than a nod to The The’s Infected, and the title track, a dancefloor-friendly throwback to the Nile Rodgers-helmed Notorious, Kimsey’s lack of restraint works in the band’s favour.

On Can You Deal With It, one of several house-tinged tracks which, like predecessor Big Thing, proved that the Second Summer of Love was very much on Duran Duran’s radar, he barks out the title like he’s master of ceremonies at a Balearic rave. And then there’s the menacing closer Downtown in which, accompanied by what sounds like a vociferous chorus line, he almost sings himself hoarse.

Of course, with the group going through another transitional phase, Le Bon may have felt like he had a point to prove. Guitarist Warren Cuccurullo had been a vital part of the Duran fold since 1986 but Liberty was the first time he’d been credited as an official member and allowed input in the songwriting process. Sterling Campbell, the former Cyndi Lauper and future David Bowie drummer who would vacate his position as Roger Taylor’s full-time replacement just a year later, was also given the same honour.

Both get plenty of chances to shine, with Campbell particularly impressing on the rhythmic funk of All Along The Water and Cuccurullo providing the epic winding solo on the album’s eponymous number. But despite their best efforts, it was perhaps always inevitable that they would upset the balance. Nevertheless, Liberty does contain two underrated treasures. In fact, Le Bon believes they’re two of the best songs the group have ever put their Barbarella-inspired name to.

The driving pop-rock of second single Serious was the LP’s only representation on Duran Duran’s biggest-selling release, 1998 retrospective Greatest. And its surging vocal melodies – which Le Bon later re-recorded for Dutch DJ Ferry Corsten’s Top 40 trancey 2006 reboot Fire – and chiming riffs are certainly worthy of nestling inbetween bigger hits All She Wants Is and Skin Trade on the multi-platinum compilation.

And then there’s My Antarctica, one of the few other occasions where Kimsey gives the quintet room to breathe. Also championed by Rhodes, the aptly-titled mid-tempo track combines glacial synths and a desolate piano hook with one of Le Bon’s most haunting vocal performances. Considering that the band appear to hold the song in such high regard – it was also chosen as the B-side to the career-reviving Ordinary World – its blanket omission from their setlists remains a mystery. But perhaps the album needed to flop to give Duran the wake-up call they required. Whereas Liberty was rush-recorded in the wake of several extended jam sessions, The Wedding Album was a more meticulously crafted effort which took three years to come to fruition. And remember the first time you heard Ordinary World on the radio? Who knows whether the impact would have been as great without its return-to-form narrative?

Overproduced and underwritten, even the most ardent of Durannies would avoid describing Liberty as a lost classic. But home to two bona fide gems and a handful of solid cuts, it’s also not quite the disaster even its makers would have you believe.