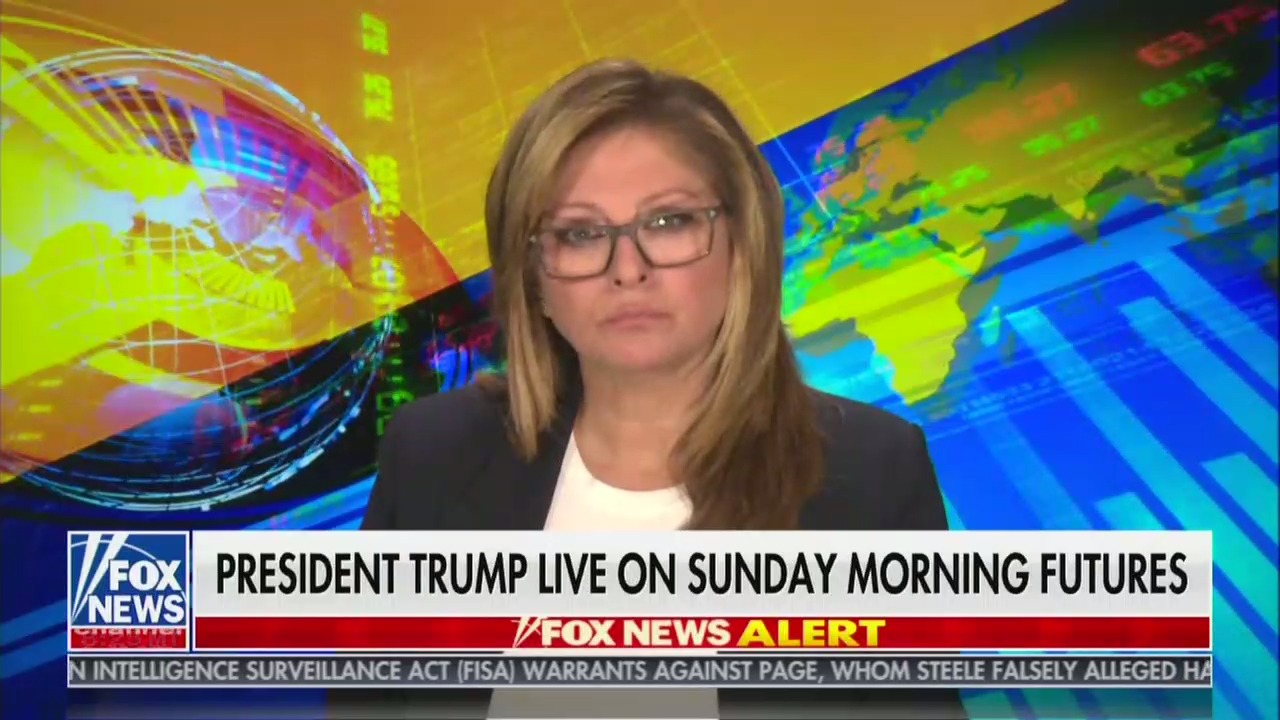 Do you believe in magic?

“These are some of the impossible statistics that we have found,” Bartiromo said — vouching for the piece’s veracity.

The anchor rattled off the items she — and the column’s author, J.B. Shurk — deemed to be unexplainable anomalies. None of the five points are even remotely indicative of any type of sorcery. One example, “Biden overcame Trump’s commanding primary vote,” would be comical if it weren’t so pathetic. The writer — and, by extension, Bartiromo — argued that because Trump received 94 percent of the vote in the Republican primary (a race in which he faced no opposition), his success should have carried over to the general election. This is more or less akin to suggesting the results of a preseason NFL contest should factor into the final score of the Super Bowl.

But no. Apparently Joe Biden’s victory cannot be explained with logic and reason. It must be witchcraft, says Bartiromo — an unserious person with a very serious platform.

Maria Bartiromo, on Sunday, aided and abetted Donald Trump’s attempt to subvert democracy. It’s that simple. For nearly a full hour, she allowed the president to spout lie after lie, conspiracy theory after conspiracy theory. Trump was permitted to filibuster for minutes on end, and spin a narrative which is both patently false, and totally removed from reality.

And when it came time to press him, Bartiromo pulled a disappearing act. She never challenged Trump’s absurd claims that the 2020 election was rigged. At times, she even did some full-on cheerleading. Her interview was many things. Journalism was not one of them.

To condemn Bartiromo, at this point, is to contribute to a pile-on — the type of mass media flogging this reporter tries always to avoid. Her credibility vanished long ago. There are scores of examples to prove it. Going after her is a futile exercise. She is who she is.

Rather, this criticism is directed not at Maria Bartiromo, but at the network — and more specifically, the news division — that allows her to be.

Bartiromo has thrust herself into a pile of Fox personalities who are completely in the tank for President Trump. From Hannity to Carlson, Ingraham to Dobbs, Pirro to Hegseth. The list of always-Trumpers at Fox is long, and it is anything but distinguished.

But there is a key difference between Bartiromo and the other shills who have spent the last month — the last four years — trying to convince us all not to believe what our eyes are telling us. Unlike the Hannitys and the Carlsons who carry the title of “host,” Maria Bartiromo bears the loftier designation of “anchor.” That means she is not part of the opinion lineup headed by those prime time stars. She, instead, belongs to the news side of Fox, and considered by the network to be an even-handed journalist. Her peers — as the network sees it — are not Steve Doocy and Greg Gutfeld, but Neil Cavuto and Chris Wallace.

For years, the party line from Fox News anchors, and from the network at large, has been to completely separate the news and opinion personalities. The anchors scramble to distance themselves from the opinionators — in a valiant effort to pretend they are not all part of the same network. They do opinion, we do the news, the anchors claim. And never the twain shall meet.

This argument — always specious — has been dealt a fatal blow by Maria Bartiromo. The news folks have to answer for her. She is one of theirs.

As the face of Fox’s daily news operation, Bret Baier is often asked to respond to criticism about the work of his opinion colleagues.

“Those folks do a different thing,” Baier told Business Insider on Sept. 28. “They do it very well, but they come from an opinion place.”

In the same interview, Baier spelled out what he sees as the difference between the two camps.

“On the news side … we’re trying to reach people who really want a fair look at all sides,” he said.

A noble calling, for sure. Yet Maria Bartiromo completely failed to adhere to that mission during her interview with the president. The factual side, the sane side, the truthful side, did not get a fair look Sunday morning on Fox News. It did not get any look. It was glossed over as though it does not exist.

The truth does exist — try as Bartiromo might to ignore it. Her news side colleagues reported that truth just before noon on Nov. 7: Joe Biden won the election.

Bartiromo, though, stuck her head in the sand on Sunday. She discarded reality — siccing her audience on a tried and true Fox bogeyman, “the media.” And she lumped her news side colleagues in with all the rest of those evildoers who had the audacity to acknowledge the plainly obvious fact that Trump was the loser.

“The media declared Joe Biden President-elect on November 7,” Bartiromo said — teeing up the president for a rant. “They set the narrative that the election was over and discredited any challenges.”

The Fox news side has little choice, at this point, but to cast Bartiromo off to Team Opinion. From there, if the network wants to keep her on, and relegate her to the Lou Dobbs loony bin of irrelevancy, that’s their prerogative. But a credible news operation should not have anything to do with her.

The decision to sever the ties should be simple. Bartiromo made it for them, really. The anchor’s undermining of her own colleagues, her unwillingness to acknowledge what they have established as fact, is an irrefutable signal that she does not belong to their team anymore. She has turned in her credentials voluntarily.

A failure to codify this divorce could have devastating implications. It’s always a delicate dance that the Baiers have to perform, in order to distance themselves from the Hannitys. Bartiromo’s continued news side presence brings an already low limbo bar all the way down to the floor.

Like a circus performer sawing a lady in half, Fox News and its top personalities have painstakingly cut their operation into two separate parts — news and opinion. But Maria Bartiromo has pulled off the unthinkable. Somehow, she has managed to join those two sides. News and opinion, bound together by one dishonest anchor. A truly remarkable feat.

Joe DePaolo is a Senior Editor for Mediaite.