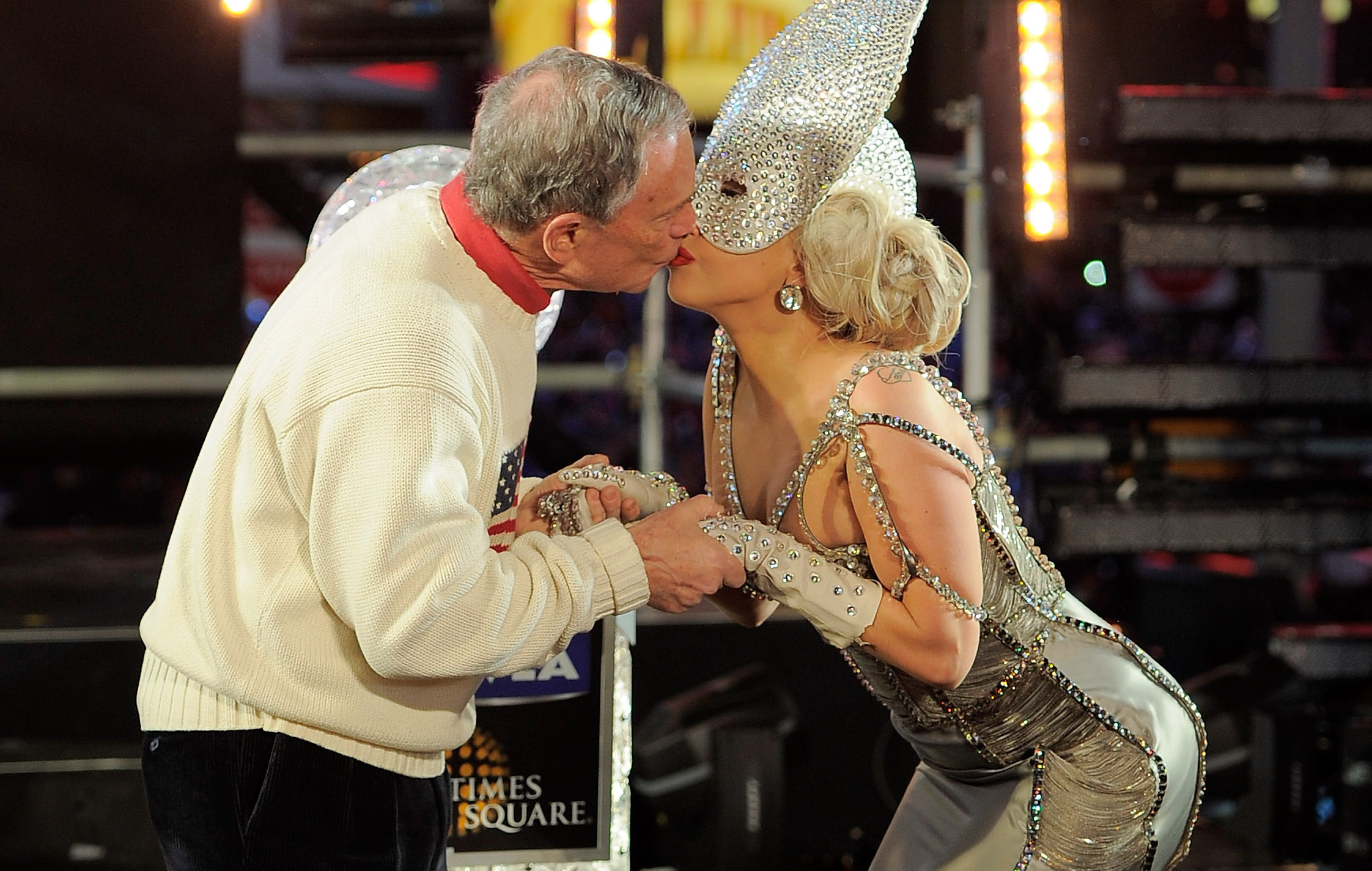 Although networks are respecting tradition and airing their annual specials, New Year’s Eve is bound to look a bit different this December, as public audiences won’t be allowed to celebrate in Times Square and onscreen kisses will likely be a no-no.

Fortunately for those seeking their fix of gasp-inducing instances, past New Year’s Eve events have provided us with more than enough wild moments to rewatch as we say goodbye to 2020.

Michael Bloomberg and Lady Gaga’s kiss heard around the world:

Bloomberg and Lady Gaga shocked viewers of the 2012 Times Square ball drop when they locked lips to ring in the New Year.

Although it garnered an influx of attention, and was unofficially dubbed “the kiss heard around the world,” people were a little freaked out to see the then-mayor of New York City kiss the rising pop star.

“It’s the scariest picture you’ll see all day,” The Young Turks’ Ana Kasparian said to Cenk Uygur the following day. “It makes me really uncomfortable. It looks like a woman kissing her great grandfather.”

Bloomberg later addressed the smooch during a press conference a couple of days later, and clearly had no regrets despite the backlash. The former mayor showered the pop star with compliments, calling her “charming” before praising her successful music career.

“Obviously she really does have some talent. It was fun to talk to her about New York City,” he added, later clarifying that despite how amusing the moment was, it couldn’t live up to his kiss with his longtime girlfriend Diana Taylor.

One hour into Anderson Cooper and Andy Cohen New Year’s Eve special last year, CNN’s Richard Quest popped up on the screen swinging from a traffic light while dressed as a cat.

In honor of the 42 theatres in and around Times Square, Quest was sporting a Rum Tum Tugger costume, referencing the classic Broadway born musical Cats.

Apparently dressing for the part wasn’t enough, as Quest later attempted a rendition of the classic Cats song Memory — failing to even remember the lyrics.

The singer ended up awkwardly standing on the stage while her song continued before attempting to explain what was happening.

Carey herself labeled the fiasco “horrible” before blaming it all on technical difficulties, even having a spokesperson claim that “production set her up to fail.”

TV personality and reporter Maria Menounos surprised viewers of the 2018 ball drop, including her parents, when she announced that she was going to tie the knot with longtime partner Keven Undergaro right then and there.

While co-hosting the Fox New Year’s Eve special with Steve Harvey, who officiated the ceremony, Menounos revealed that she was going to marry Undergaro live and on-air.

“Hold on, hold on, Dad. Hold on, Hold on” she said to her parents on the special night. “We’re not getting married in the church because we’re getting married right here, tonight, in Times Square.”

Redeeming herself after her botched performance the year prior, and reminding viewers of her iconic range, Carey took the stage again before the 2018 ball drop — knocking it out of the park this time.

Dressed to the nines in a shining gown accessorized with a fur coat and huge glimmering earrings, Carey sang her ’90s hits Vision of Love and Hero — delivering a performance infinitely times better than the last.

And in classic diva fashion, Carey paused between songs to ask for a cup of hot tea — a moment that became the first meme of 2018.

Reporting live from a bar in New Orleans, CNN’s Don Lemon rang in 2017 by getting his ear pierced on live television.

Perhaps trying to wash away the chaos of 2016, Lemon downed quite a few shots of tequila before receiving his new shiny accessory .

“Happy New Year!” Lemon could be heard saying during the broadcast. “Oh my God! I need a little more — pour me a little more, a little more. Perfect. That had a big head on it. I can’t hear a damn thing.”

Like the Carey memes a year later, Lemon’s New Year’s Eve moment earned the anchor his very own hashtag: #DrunkDonLemon.