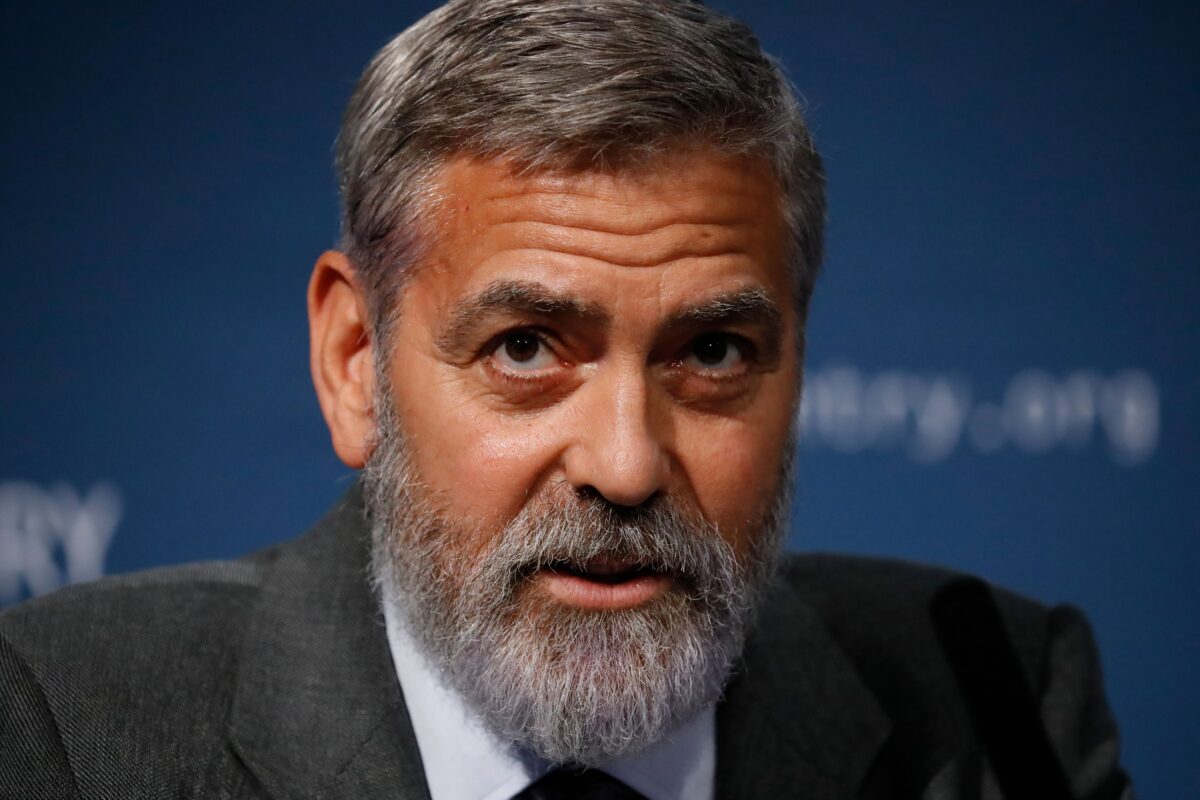 George Clooney believes President Donald Trump would have won a second term had he only stressed the importance of wearing masks to combat the coronavirus.

“The idea that we politicize things like this is crazy,” the actor told The New York Times in response to Americans who refuse to wear face coverings.

“Had Trump come out at the very beginning and said, ‘We’re all going to wear masks because it’s the right thing to do and it’s going to save a lot of lives,’ the whole country would have gotten behind him and he would have been re-elected,” Clooney added. “But he thought it would affect his economy, so he chose to say it didn’t exist. And now we’re going to have 350,000 people dead.”

Clooney went on to predict that President-elect Joe Biden will have difficulty reaching across the aisle to find Republicans willing to cooperate with him.

“The world is different now,” he said. “ I mean, Ted Cruz, think about what a yutz this guy is! I don’t care what your political view is: If a guy said that my wife was ugly and my father killed Kennedy, there is no way in the world you could have me come out and say, ‘I’ll defend you.’”

Clooney went on to name drop Mike Pence and Marco Rubio as other Republicans who “have aspirations for bigger things,” adding, “They think people will travel with them because, ‘I’ve stuck with you, Don,’ but the truth is, they won’t. They stay with Donald because Donald, for all of his immense problems as a human being, is a charismatic carnival barker.”

The actor has had much to say about Trump during the press tour for his new Netflix movie The Midnight Sky. Earlier this month, the actor said he remembers the president as a guy hitting on cocktail waitresses in New York City.

Clooney also railed against anti-maskers during a recent appearance on The Howard Stern Show. “Put on a fucking mask and we’ll get through this,” he said during a fiery rant aimed at those ignoring public health measures. “We’ve got vaccines coming — let’s save another 60,000 lives before the vaccines.”