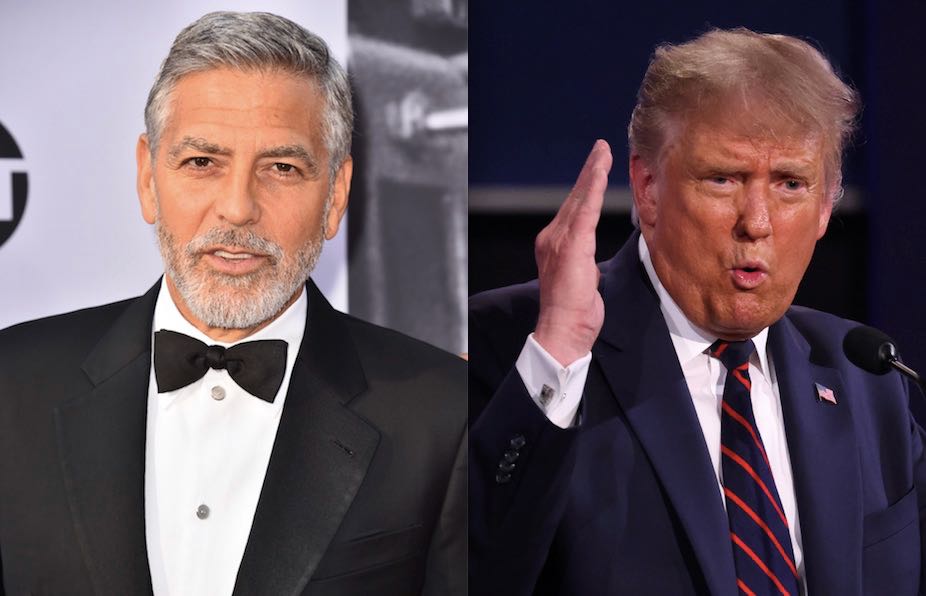 Before Donald Trump became president, George Clooney remembers a time when he was simply a guy hitting on cocktail waitresses on the New York City party circuit.

In a new interview with the Guardian, the actor recalled seeing Trump at parties in the ‘90s behaving less than presidential.

“I knew him as the guy who was, like, ‘Hey, what’s that cocktail waitress’s name? Is she single?’” said Clooney. “That’s all he was. Literally that’s all he was. And to see that become president, it felt as though the world had gone crazy.”

Clooney went on to say that as the country waits for president-elect Joe Biden to be sworn into office, “The hope starts.” He added, “After four years of some pretty insane stuff coming out of the United States, there is some normalcy.”

As for 2020, Clooney admitted, “This has been a crappy year for everyone. Started badly and ran badly all year long, until recently.”

Earlier this month, Clooney shared a similar sentiment in an interview with People magazine, saying he’s “always optimistic about this country” and looks forward to a forward to “a return to civility” in 2021.

Clooney isn’t the only celebrity who remembers Trump as a New York City playboy. Chris Rock told The Hollywood Reporter in September that when Trump was still a real estate mogul, he recalled seeing women flocking to him at a nightclub.