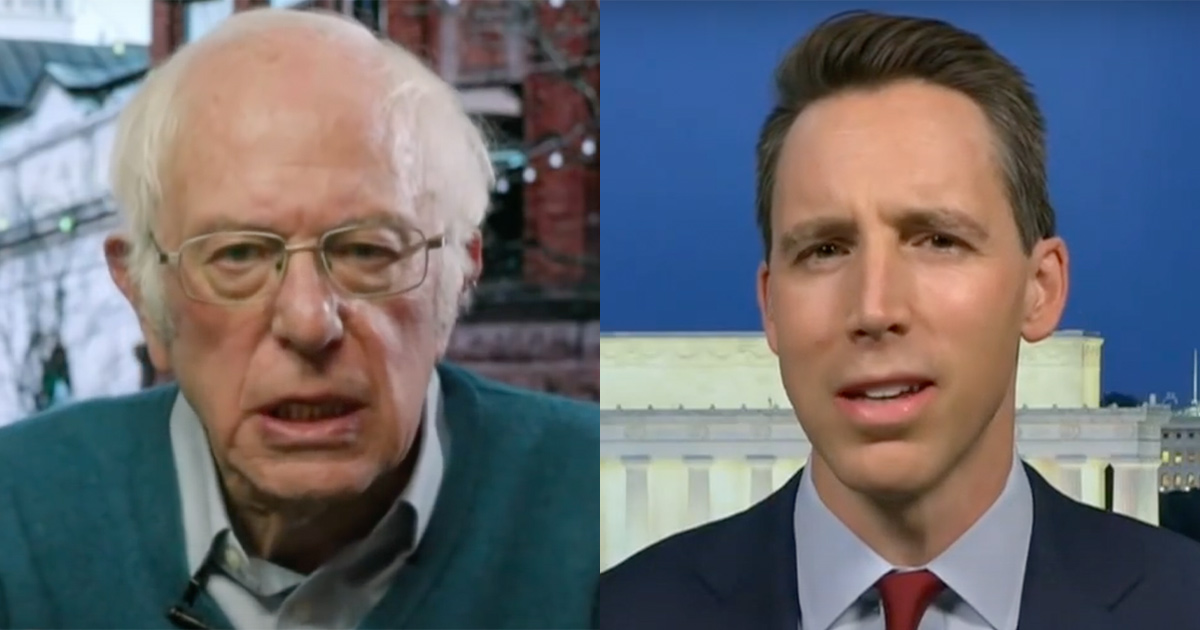 Congress is continuing to negotiate a $908 billion covid stimulus proposal that is receiving some bipartisan support — but also some notable bipartisan criticism.

This past Friday, Senator Bernie Sanders said he would not support the stimulus unless it’s “significantly improved” and made a point of calling out the lack of direct payments:

Despite strong Democratic opposition, this proposal provides 100% legal immunity to corporations whose irresponsibility led to the deaths of hundreds of workers. It would continue to provide a get-out-of-jail free card to companies that put the lives of their workers at risk.

While the COVID crisis is the worst it has ever been, Manchin-Romney not only provides no direct payments, it does nothing to address the healthcare crisis and provides totally inadequate assistance for the most vulnerable. That’s wrong morally and it’s wrong economically.

The American people need help NOW! We must make sure every working class American receives at least $1,200 and that we don’t give legal immunity to corporations who break the law. I will not support Manchin-Romney in its current form. We must fight together to improve it.

He continued to push for the direct payments over the weekend, during which he spoke with a Republican senator who agrees with his opposition.

Senator Josh Hawley told Politico not only does he oppose a relief bill that doesn’t include direct payments, but he thinks President Donald Trump should veto it for that reason:

“I said, ‘I think it’s vital that any relief include direct payments, and I’m not gonna vote for it if it doesn’t.’ And I also urged him to veto any bill that did not have direct payments in it,” Hawley said in an interview on Monday.

Hawley argues that it is “wild” that a Senate GOP proposal and a bipartisan $908 billion plan offers aid but doesn’t include more checks like those $1,200 payments in March’s massive CARES package. And he said Trump seemed receptive to the argument.

Sanders 2020 campaign manager Faiz Shakir confirmed to Politico that the senator and Hawley spoke, saying, “Getting the $1,200 direct payments to workers during this unprecedented crisis should be a slam dunk. Sen. Hawley seems to understand that, and Sen. Sanders will talk to anyone to get this done.”

Considering Sanders and Hawley — not exactly allies on much — support stimulus checks, if you’re wondering why they’re not in the current proposal, this is what the AP reported:

Sen. Dick Durbin of Illinois, the second-ranking Democrat, indicated that excluding the checks while assuring small-business aid and renters’ assistance was the only way to reach agreement with Republicans who are putting firm limits on the bill’s final price tag.

“The $1,200 check, it cost we believe nationally $300 billion to give you an idea,” he said. “The Democrats have always wanted a larger number, but we were told we couldn’t get anything through the Republicans, except this $900 billion level.”

The plan being worked on by a group of Republican and Democratic senators is less than half of the Democrats’ push of $2.2 trillion and nearly double the $500 billion “targeted” package proposed by Senate Majority Leader Mitch McConnell, R-Ky.

Sen. Bill Cassidy, R-La., agreed that a new round of direct checks “may be a go” at some point. “This is not a stimulus bill, it’s a relief bill,” he said. “And it’s something for the next three to four months to help those in greatest need.”

In responding to the criticisms from Sanders on Sunday, Democratic senator Mark Warner defended the proposal and said, “Those who want direct stimulus checks, that will be something that a President-elect Biden will grapple with.”