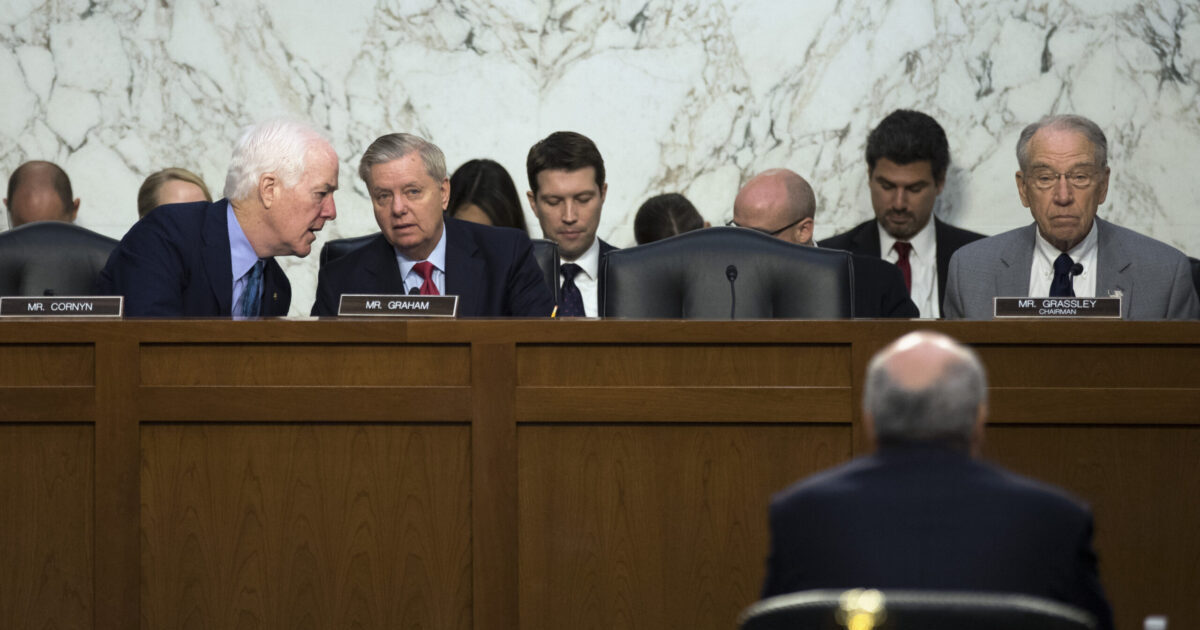 A number of the Republican senators reported by Carl Bernstein to have “extreme contempt” for President Donald Trump in private are frantically denying the story and pledging their allegiance to the lame-duck commander in chief.

Sunday night on Twitter, Bernstein named 21 GOP senators who have privately expressed “disdain” for the president. While some of those listed, such as Sen. Mitt Romney (R-UT), are hardly a surprise, some of those senators outed by Bernstein did raise eyebrows. And several of those in that latter subset are racing to deny the story, and throwing their lot in with the outgoing president.

In a statement provided to Mediaite, Sen. Mike Braun (R-IN) said he is standing with Trump.

“This is more false news from a CNN political analyst, as I was one of President Trump’s top defenders during impeachment and strongly support his legal efforts to ensure that every legal vote is counted,” Braun said.

Sen. Chuck Grassley (R-IA), Sen. Rob Portman (R-OH) and Sen. Rick Scott (R-FL) likewise professed allegiance to the president, in statements from their spokespeople given to the Washington Examiner.

“Mr. Bernstein’s sources clearly aren’t what they used to be,” said a Grassley spokesperson. “This simply isn’t true. Sen. Grassley has been a strong supporter of the president and, at the same time, has made it no secret when he disagrees with the president. There is no difference between what Sen. Grassley says publicly and privately. Washington journalists might be wise to reconsider trafficking in baseless second- and third-hand rumor. It may restore some lost credibility.”

“This is dumb and doesn’t warrant a real response,” Scott spokesperson Chris Hartline said in a statement to the Examiner. “Needless to say, Carl Bernstein has no idea what he’s talking about.”

Bernstein, on CNN Friday, reported that the senators were pleased with the recent election result — at least at the top of the ticket.

“Many, if not most, of these individuals — from what I have been told — were happy to see Donald Trump defeated in this election, as long as the Senate could be controlled by the Republicans,” Bernstein said. “They’ve experienced Donald Trump and his dishonestly, and his pathological lying. And they know what Donald Trump has done to undermine the confidence in our institutions in this country. They’ve lived through the pandemic while his homicidal negligence is responsible for the deaths of hundreds of thousands of Americans. They know what’s going on.”