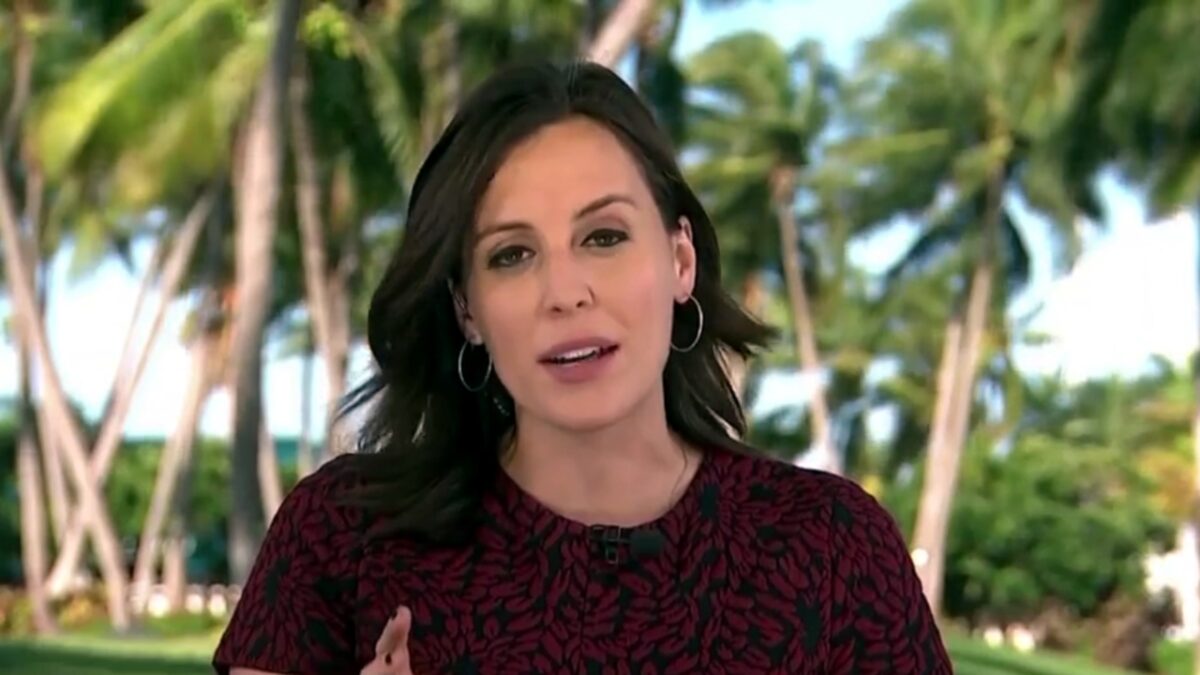 MSNBC’s Hallie Jackson is something of a jack-of-all-trades, which she’s proved over the last four years. As anchor of MSNBC Live and NBC’s chief White House correspondent, Jackson got to observe Donald Trump’s administration up close, which also gave her a uniquely good position to break down the contest between him and President-Elect Joe Biden.

Jackson was a guest on Mediaite’s The Interview podcast on Oct. 29. By that point, the debates were over, the Trump and Biden campaigns were in their final stretch, and Jackson was there to track and analyze it all in the last days before Nov. 3.

Speaking with Mediaite editor in chief Aidan McLaughlin, Jackson emphasized that the people in Trump’s orbit didn’t really know what would happen on Election Day. She explained that while some of Trump’s retainers predicted a repeat of his 2016 upset victory, some were preparing themselves for a possible reckoning over his response to the coronavirus pandemic.

“I don’t think there are a ton of people inside the Trump orbit who are writing off a victory, but I do think there’s a sense of potentially bracing for some news that isn’t all positive come election night.” Jackson said. “When you get inside some of these poll numbers, what’s interesting is the way that the president’s pandemic response has really affected him in some of these battleground states.”

The election itself remains in contention, for even though Trump insists without evidence that the vote was tainted by rampant fraud, he and his allies have never been able to prove it, and the Electoral College has recognized Biden’s victory. In a certain way, Jackson seemed to see this coming when she warned that the election results were likely to fluctuate, and they would take longer than usual to verify due to the complications caused by the pandemic.

“It’s important for us is organizations to be transparent about that,” she said. “That’s why I think using language like, hey, votes are starting to be counted and we can project this happening.”

For more conversations with media A-listers, subscribe to Mediaite’s The Interview podcast via iTunes. And listen to the full episode with Jackson below. We’ll have more of The Interview’s highlights from 2020 throughout the week.