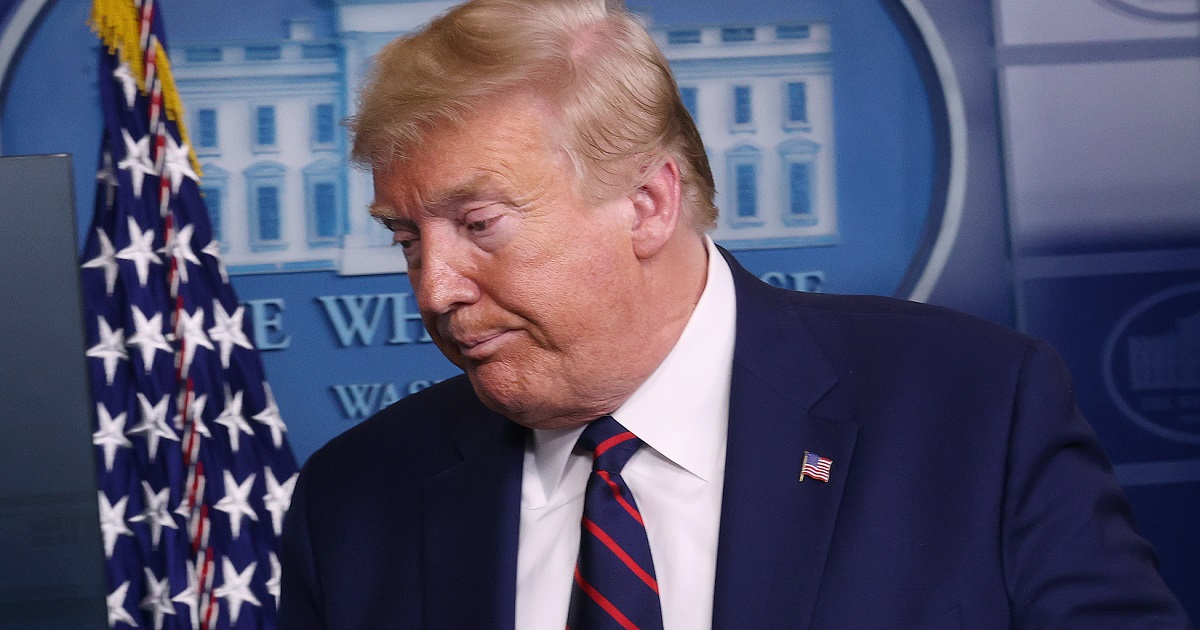 President Donald Trump may be continuing to tweet that he’s fighting to overturn the election, but he’s essentially surrendered to the coronavirus pandemic, according to a devastatingly detailed article by the Washington Post on Saturday.

The Post spoke to nearly 50 members of the White House Coronavirus Task Force and other advisers in the president’s inner circle, both on and off the record, to compile their report, bylined by Yasmeen Abutaleb, Ashley Parker, Josh Dawsey, and Philip Rucker.

The article describes how Trump refused to take even simple actions that would have likely reduced the spread and death toll of the virus, like encouraging his supporters to wear face masks. Polling (and many photos from Trump’s crowded campaign rallies) showed many of his supporters shared his disdain for face masks, social distancing, and other safety recommendations.

Deborah Birx, Anthony S. Fauci, FDA Commissioner Stephen Hahn, and CDC Director Robert Redfield — all of whom are doctors — reportedly attempted an intervention with Trump before Thanksgiving to address face masks and other pressing issues with the pandemic, warning of a “dark winter” to come as cases continued to surge.

Their warnings went unheeded, with Chief of Staff Mark Meadows throwing cold water on their suggestions as overly alarmist, Vice President Mike Pence neglecting to strongly encourage mask wearing at the last task force presser before Thanksgiving, and Trump not appearing at all.

Trump went days without mentioning the pandemic other than to celebrate progress on vaccines. The president by then had abdicated his responsibility to manage the public health crisis and instead used his megaphone almost exclusively to spread misinformation in a failed attempt to overturn the results of the election he lost to President-elect Joe Biden.

“I think he’s just done with covid,” said one of Trump’s closest advisers who, like many others interviewed for this story, spoke on the condition of anonymity to candidly discuss internal deliberations and operations. “I think he put it on a timetable and he’s done with covid. . . . It just exceeded the amount of time he gave it.”

Now, a month later, the number of coronavirus cases in the United States is reaching records daily. The nation’s death count is rising steadily as well, this past week surpassing 300,000 — a total that had seemed unfathomable earlier this year. The dark winter is here, hospitalizations risk breaching capacities, and health professionals predict it will get worse before it gets better.

The tragic fact is that “the virus has caused proportionately more infections and deaths in the United States than in most other developed nations — a result, experts say, of a dysfunctional federal response led by a president perpetually in denial.”

Among other criticisms in the article: Jared Kushner’s sometimes-effective-but-unfocused tactics which one adviser described as “whack-a-mole,” efforts to create misleading models that would downplay the expected death rate, a failure to implement an organized national testing strategy, a plan to contract with Hanes to send masks to every American household was kiboshed over superficial concerns and Trump’s ongoing criticisms of the Post Office, advisers like Stephen Miller who convinced Trump to view face masks as a cultural wedge issue with his voter base, the misleading information and ridiculous boasts Trump made at the task force press conferences, Scott Atlas’ unwise promotion of a “herd immunity” strategy and clashes with Fauci and Birx, and Trump’s White House holiday parties.